All Praise be to Allah, Lord of the Worlds and Peace and Salutations be upon Muhammad, who has been sent as a Mercy unto the Worlds, his family and all of his companions.

Participating in the conference was a blessed group of renowned Muslim scholars, from across the Muslim world, who brought with them diverse and relevant specializations. They gathered in order to collectively study one of the most important (classical juridical) foundations of the relations between Muslims and their fellow brothers in humanity, namely: the (classical juridical) classification of ‘abodes’ (diyar), as islamically conceived, and other related concepts such as jihad, loyalty-and-enmity, citizenship, and migration (to non-Muslim territories).

They selected this juridical conceptual distinction because, of its importance in the grounding of peaceful and harmonious co-existence and cooperation for good and justice between Muslims and non-Muslims, provided that it is understood in consonance with normative religious texts, and maxims, and in light of higher objectives of Islamic Law.

The organizers chose as the main research theme for the conference the legal edict (fatwa) passed by Sheikh al-Islam Ibn Taymiyya concerning the classification of the city of Mardin during his lifetime. The edict was chosen because of the significant intellectual, civilizational, symbolic meaning that it holds.

Instead of the classification common in his age, Ibn Taymiyya came up with a compound/composite classification by virtue of which civil strife amongst Muslims was averted, and their blood, wealth, and honor safeguarded, and justice amongst them and others established.

His fatwa is one that is exceptional in its formulation and that, to a large degree, addresses a similar context to our time, a political state of the world that is different from the one encountered by past jurists, and which had formed the basis for the particular way in which they had classified territories.

It is such a changed context that Ibn Taymiyyah took into consideration when passing his fatwa, and that now makes it imperative that contemporary jurists review the classical classification, because of the changed contemporary situation: Muslims are now bound by international treaties through which security and peace have been achieved for the entire humanity, and in which they enjoy safety and security, with respect to their property, integrity and homelands. Consequently, Muslims are mixing and mingling with others in unprecedented ways: politically, socially and economically.

Contemporary jurists also need to review the classical classification of abodes because there is a real need for a sound Islamic and legal vision that does not violate Islamic religious texts, is in harmony with the higher objectives of the Shari‘ah, and engages our contemporary context.

In light of the above, the participants presented and discussed research papers at the conference, and the following are the conclusions and recommendations that they arrived at:

1. Ibn Taymiyya’s fatwa concerning Mardin can under no circumstances be appropriated and used as evidence for leveling the charge of kufr against fellow Muslims, rebelling against rulers, deeming game their lives and property, terrorizing those who enjoy safety and security, acting treacherously towards those who live (in harmony) with fellow Muslims or with whom fellow Muslims live (in harmony) via the bond of citizenship and peace. On the contrary, the fatwa deems all of that unlawful, not withstanding its original purpose of support a Muslim state against a non-Muslim state. In all of this Ibn Taymiyya agrees with, and follows, the precedent of previous Muslim scholars in this regard, and does not deviate from their position. Anyone who seeks support from this fatwa for killing Muslims or non-Muslims has erred in his interpretation and has misapplied the revealed texts.

2. The classification of abodes in Islamic jurisprudence was a classification based on ijtihad (juristic reasoning) that was necessitated by the circumstances of the Muslim world, then and the nature of the international relations prevalent at that time. However, the change in circumstances now: The existence of recognized international treaties, which consider as crimes wars that are not do not involve repelling aggression or resisting occupation, the emergence of civil states which guarantee, on the whole, religious, ethnic and national rights, have necessitated declaring, instead, the entire world as a place of tolerance and peaceful co-existence between all religions, groups and factions in the context of establishing common good and justice amongst people, and wherein they enjoy safety and security with respect to their wealth, habitations and integrity. This is what the Shari‘ah has been affirming and acknowledging, and to which it has been inviting humanity, ever since the Prophet (peace and blessings be upon him) migrated to Madina and concluded the first treaty/peace agreement that guaranteed mutual and harmonious co-existence between the factions and various ethnic/race groups in a framework of justice and common/shared interest. Shortcomings and breaches perpetrated by certain states which happen to scar and mar this process cannot and should not be used as a means for denying its validity and creating conflict between it and the Islamic Shari ‘ah.

3. Amongst the priorities of Muslim scholars and Islamic academic institutions should be the analysis and assessment of ideas that breed extremism, takfir (labeling fellow Muslims as unbelievers) and violence in the name of Islam. Security measures no matter how fair and just they may happen to be, cannot take the place of an eloquent (scholarly) elucidation supported by proof and evidence. Therefore, it is the responsibility of the Ummah’s religious scholars to condemn all forms of violent attempts-to-change or violent protest, within, or outside, Muslim societies. Such condemnation must be clear, explicit, and be a true manifestation of real courage-in-speaking-the-truth, so as to eliminate any confusion or ambiguity.

4. Muslim scholars, throughout the ages, have always stressed and emphasized that the jihad that is considered the pinnacle of the religion of Islam, is not of one type, but of many, and actually fighting in the Path of Allah is only one type. The validation, authorization, and execution of this particular type of jihad is granted by the shari‘ah to only those who lead the community (actual heads of states). This is because such a decision of war is a political decision with major repercussion and consequences. Hence, it is not for a Muslim individual or Muslim group to announce and declare war, or engage in combative jihad, whimsically and on their own. This restriction is vital for preventing much evil from occurring, and for truly upholding Islamic religious texts relevant to this matter.

5. The basis of the legitimacy of jihad is that it is either to repel/resist aggression (Fight in the cause of Allah those who fight you, but do not transgress limits; for Allah loveth not transgressors) (Surah al-Baqarah 190), or to aid those who are weak and oppressed (And why should ye not fight in the cause of Allah and of those who, being weak, are ill-treated (and oppressed)?) (Surah al-Nisa’ 75), or in defense of he freedom of worshiping (To those against whom war is made, permission is given (to fight), because they are wronged; – and verily, Allah is most powerful for their aid) Surah al-Hajj 39). It is not legitimate to declare war because of differences in religion, or in search of spoils of war.

6. The issue of Fatwas in Islam is a serious one. It is for this reason that scholars have drawn up stringent conditions/requirements for the Mufti (the authority issuing fatawa). Of these conditions is that he must be fully qualified in scholarly learning/knowledge. Of the conditions specific to the fatwa itself is having established the proper object of application (manat) according to place, time, and person, circumstance, and consequence/future outcome.

7. The notion of loyalty-and-enmity (al-wala wa al-bara) must never be used to declare anyone out of the fold of Islam, unless an actual article of unbelief is held. In all other cases, it actually involves several types of judgment ranging according to the juridical five-fold scale: (permissible, recommended, not-recommended, non-permissible, and required). Therefore, it is not permissible to narrow the application of this notion and use it for declaring Muslim outside the fold of Islam.

The participants in the conference came up with the following recommendations:
• Convening an annual conference in Europe to research and explore, in depth, the Islamic conception of peace, and peaceful co-existence, between nations/communities and religions
• Establishing the Mardin Center for Research in Islamic Political Theory.
• Creating research units and departments at Islamic universities and postgraduate institutions concerned with research, training, and qualifying of potential candidates, in the area of formulating and issuing fatwas on public issues pertaining to the entire Muslim Ummah.
• Encouraging theoretical and practical studies concerned with the historical conditions and circumstances affecting the issuing of religious edicts and opinions.
• Encouraging academic and scientific studies that focus on the historical circumstances and conditions in which the edicts of great scholars were issued in the past.
• Making more effort in revising, editing, and exploring the legacy of Shaykh al-Islam Ibn Taymiyya – may Allah have mercy on him – and the legacy of the exemplary scholars, with respect to their impact on the Muslim world and what is hoped to be gained from a sound and correct understanding of their respective legacies in terms of guiding and directing both the general public and specialists.
• Referring the declaration to the various fiqh academies in the Muslim world for the purpose of enriching it, deepening discussion around it and extending its benefit (to a wider audience).

In conclusion, the organizers and participants wish to extend their heartfelt gratitude and appreciation to all those who contributed to the success of the conference, and first and foremost amongst them the governor of Mardin, the President of Artuklu University, the Mufti of Mardin.
May Allah send his peace and salutation upon our master, Muhammad, his family and his companions, and all Praise be to Allah through Whose bounty and favor righteous works are completed. Source: http://www.alhabibali.com/en/news/the-mardin-declaration/# 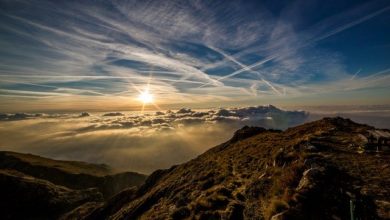 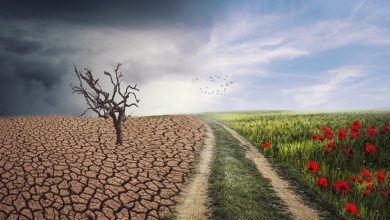 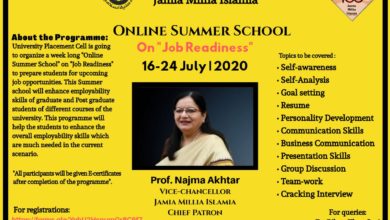