Facebook Twitter LinkedIn Tumblr Pinterest Reddit VKontakte Odnoklassniki Pocket
68
Iran, much like India, is the land of mystics, poets and spiritual luminaries. It produced masters of spiritual intellect and Sufi wisdom like Sheikh Sa’adi Shirazi, Shams Tabrizi, Imam Ghazzali, Sheikh Balkhi, Mulla Sadra, Maruf Karkhi, Abu al-Hassan al-Kharaqani, Abu Bakr Shibli and Attar Nishapuri among others. They enriched our spiritual vision and built a composite and pluralistic culture imbued in Islamic mysticism, which spread not only in Iran but in the wider world as well. Each of them was a salik, a widely travelled seeker in pursuit of self-realisation that led to broader understanding of the ultimate reality of the creator. In the process of their spiritual discoveries, these seekers produced gems of Islamic mysticism, the world’s greatest Sufi masterpieces.

While travelling in the historical cities of Iran such as Qom, Isfahan and Shiraz, I recalled what I was taught in my childhood days in Indian Sufi seminaries in the textbooks written by the Islamic mystics and Persian poets. They beautifully explored the universal values and ultimate truths of the mankind. One such exploration was penned down by a famous Persian poet and Sufi philosopher Sheikh Sa’adi, the Persian poet of the 13th century who hailed from Shiraz.

The two most famous books of Tasawwuf and Akhlaq (morality), written by Sa’adi Shirazi are  Gulistan (the Rose Garden) and Bostan (the Orchard), that were taught in the Dars-e-Nizami education curriculum throughout many centuries since the pre-colonial times in the Indian subcontinent. But one regrets that even the Sufi-oriented Madrasas in India have purged their syllabus of the historical documents of Sufism (Tasawwuf) such as Rumi’s Masnawi, Suharwardi’s Awariful Ma’arif, Daata Ganj Bakhsh’s Kashful Mahjub, Nizamuddin Aulia’s Fawaidul Fuwad and even the Sufi poetry of Hafiz Shirazi and Ameer Khusrau, apart from Sa’adi’s Gulsitan and Bostan.
Sa’adi collected his inspiring spiritual discoveries in these two books which later became part of the Sufi textbooks in the Islamic seminaries and are still recited as Sufi manuals in the holy shrines (khanqahs). While Boostan is his beautiful Sufi poetry, Gulistan is more of his excellent Persian prose replete with his maxims, stories of dervishes, his blissful spiritual experiences and other Sufis’ anecdotes.

One mystical maxim in Gulistan that inspires one and all is entitled Bani Adam, which means: “Children of Adam”. Weaved into a moving story in a beautiful Persian rhyme, this Sufi anecdote contains an inspirational universal and harmonious message for our times. It reminds the human beings of their common origin, spiritual symbiosis in their creation and oneness of their creator. Saadi says that Bani Adam are the limbs of the same body, and are from the same essence in their creation. Therefore, whenever a turmoil or hardship befalls on any of these parts, other parts also feel the same pain. From this inclusive and all-embracing spiritual premise, Saadi infers that whosoever remains indifferent to the pathetic plight of other children of Adam, it is not befitting to call him/her a human being. This spiritual principle was basically laid down by the Prophet Muhammad in his well-known prophetic tradition. His saying goes on like this:

“The example of the believers in their affection, mercy, and compassion for each other is that of a body. When any limb aches, the whole body reacts with restlessness.”

The Sufi anecdote of Bani Adam has such a great appeal in itself that it has been celebrated by the United Nations too. The largest and the most splendid carpet at the entrance of the United Nations, which was gifted by the Persian philanthropists is adorned by the same couplet of Sheikh Saadi. It has been aptly translated into English as the following:

Saadi sang these eternally relevant poems in the 13th century:

The human family is one body with many parts

Creations arising from one unseen essence

Any harm to any part summons an awakening

a dis-ease and a healing response from all parts

You who fail to feel the pain of others cannot be called truly human. 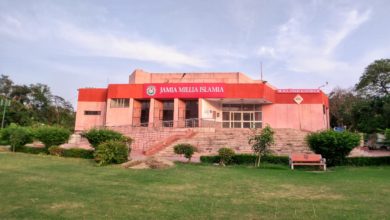