For last two weeks, the world has been witnessing how a group of young and old Muslim women are leading protests – against the controversial Citizenship Amendment Act (CAA) and National Register of Citizens (NRC) – right outside a Muslim neighbourhood, or perhaps a ghetto, in southeast Delhi. This remarkable agitation was preceded by the brutal thrashing of Jamia Millia Islamia students by the Delhi Police.

The most defining images of the unfortunate event were female Muslim students leading the protests in Delhi as well as standing up to the policemen, who unleashed violence on peaceful student protesters. It was perhaps for the first time that independent India saw Muslim women students in great numbers, not only rubbing shoulders but even commanding their determined comrades.

You may call it the need of the hour or a response to the constitutional attack. Muslim women, on this occasion, have collectively put up an exemplary show of courage, winning praises from all section of the society, except for the government, which otherwise has been quite vocal about, “equality and justice for Muslim sisters.”

Their protest against the government’s controversial move isn’t contradicting their religious faith, Islam, which seeks to ensure equality among followers irrespective of their gender. Muslim men, on this particular occasion, are encouraging their respective sisters, mothers, spouses and girlfriends to breach their designated boundaries, raise their voice and be partners in protests. It all seems like a perfectly choreographed public sphere set up. 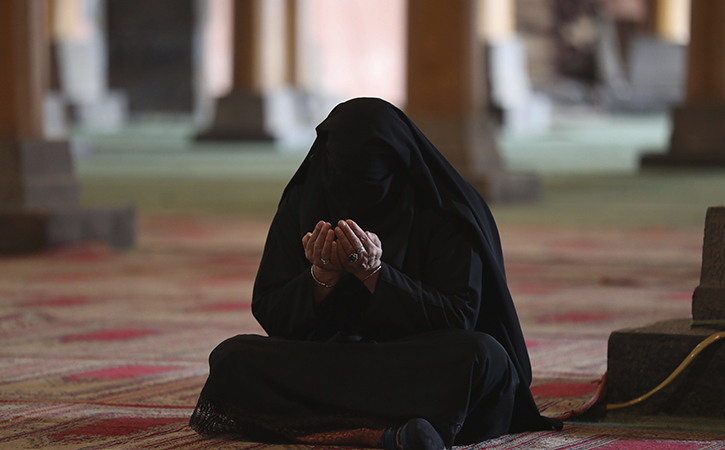 Now, from the realm of protest and public sloganeering, cut to the sanctity of prayer and sacred space. The mosque in your street; the Jama Masjid of your larger neighbourhood; or even the Eidgah where annual Eid prayers are held, women are nowhere to be seen. Muslim women, who are at the forefront of peaceful public protest unlike anything we have seen before, seeking to preserve their constitutional freedom, are forced to remain absent from the courtyard of the transcendental. It’s quite a paradox.

Who should be blamed for this? Is it essential religion, or its popular practice? Is it prohibited in the liturgy or it’s a man-made injustice? Is it true with all the 1.5 billion Muslims around the world or the practice is limited to only South Asian Muslims? The matter has been discussed over the centuries and in some cases settled judiciously. However, there are still some areas where Muslims still seek answers to the elementary question: Are Muslim women allowed inside mosques? The book, ‘Women In Masjid: A Quest For Justice,’ by Ziya Us Salam offers answers to this and many other related questions that may arise in the minds of followers and observers of Islam.

Eves in the forbidden territory?

Are women allowed inside a Masjid? If you look around, socially women are not allowed inside Masjids, but a little investigation into theology will tell you that women are welcome inside a Masjid as much as a man. Both the original sources to understand Islam, i.e. the Quran as well as the Hadith encourage women to perform daily prayers in general and Eid prayers in particular at a designated place in Masjid. However, patriarchal understanding and interpretation of Islam over the years have pushed Muslim women to the margins and reduced them to second-class believers. Any kind of religious congregation, from celebration to funeral, is incomplete without a gathering of women, irrespective of the occasion. The author cites several instances from the life of Prophet Muhammad, which can be authoritatively used by women to register their presence at mosques. 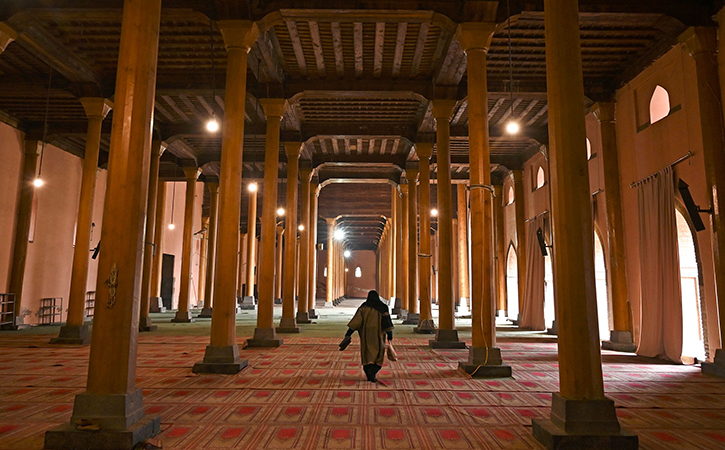 The author makes an important point about the nature of the architecture of mosques, particularly in South Asia. He notes that even the modern Masjids in this part of the world are never constructed keeping women’s presence in mind. While a majority of Muslim schools of thought discourage women at mosque, there are some exceptions. The mosques run by Jamat-e-Islami and Ahl-e-Hadith make sure that there is some dedicated space for women worshippers. Even the Shia sect, which is known for the congregation called Majlis, has not been able to ensure enough space for women representation at Masjid. The author observes there has been a conspiracy of silence when it comes to ensuring sacred space for Muslim women, particularly on the part of religious leaders. While Muslim organisations like Jamiat Ulema-e-hind allow women inside Masjid, there’s hardly any provision of privacy for them.

Theology, tradition and interpretation of the text

Generations of Islamic theologians have had their opinions on religious practices since the death of Prophet Muhammad. His verbal suggestions and life actions reported and collected as Hadith are subscribed by different schools of thought differently. Even the Prophet’s saying are seen in the light of social reality by many scholars who believe that there is enough space in Islam for a collective decision by the scholars on a particular issue. The presence of women at Masjid may have fallen prey to this line of thought. Many scholars cite social reasons, including security, to discourage Muslim women from praying inside a mosque. They may be sincere at the social level, but they arguably betray the very basic justice that Islam provides to men and women, including the right to pray inside a Masjid.

At the holy mosques in Makkah and Madinah, the world sees women praying alongside men. A moderately inquisitive person will readily ask, why can’t women pray at other mosques. The author also does a little survey of the Masjids present in western countries. He has found out that invariably most of the Masjids in the so-called Western and the Arabic world have designated places for female worshippers. Masjids over there are built more like community halls, where women can do other necessary things – like feeding toddlers, study, learn skills – besides just offering prayers. People from South Asia who have lived in these countries are returning and making sure that many of the newly built-Masjid keep Muslim women or others in mind right from the planning stage itself. Women are consulted for their needs and in some cases; in fact, women have been architects of some of the most ultra-modern Masjids in around the world.

The more you learn, the better you become

Misconception isn’t just the monopoly of non-believers. Sometimes even righteous thinkers and steadfast believers carry and nurture misconceptions about the faith and try to defend them. However, introspection and an urge to find the reality is bringing about a huge change and acceptance among the average believer of Islam. The issue of women at Masjids is gradually attracting more interest in people, both in women and men. They are subscribing to the original sources and untarnished scholars. This trend has led to a different understanding of faith vis-à-vis female followers. 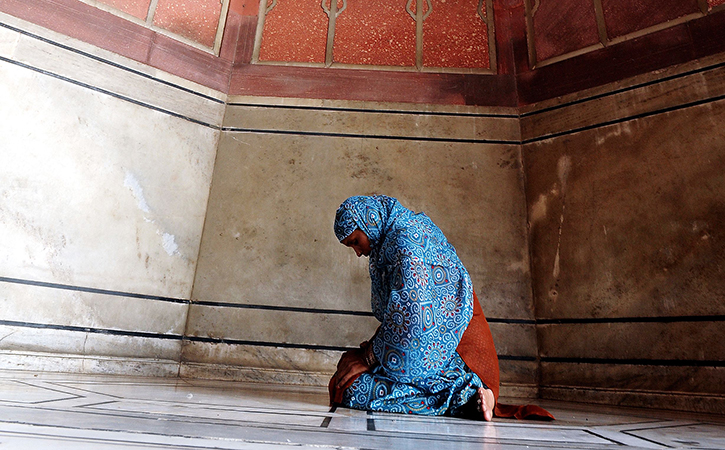 Now, we see Muslim women demanding their space and right in the mosques. The managing committees are forced to make mosques more inclusive than ever before, thereby serving the justice that is advocated by religion. The author has listed a few Masjids where women are given their own space to pray. People are waking up to know that in history, women not only sought to pray at the Masjid, but many have generously contributed to building large mosques around the world.

Currently, we see a considerable number of women Islamic scholars who are using all modern means to spread their message. The Islamic tradition is full of such instances right from the household of the Prophet, where women have taught religion to others including men and women. If we haven’t forgotten, many can recall going to Ustani Ji (lady teacher) to study Quran and Hadith. So what stops us from giving women what has been granted to them by the highest authority? The answer is ignorance.

The book is a good beginner’s guide to understand the rights of Muslim women at a Masjid. It may not have too many scholarly arguments, which the author seems to have chosen to ignore in order to make the reading more general and understandable by people with variable understanding of the subject. However, the message of the book is coherently delivered. Masjid is Almighty’s home and everyone, including women, has the right to be there.

Previous India in 2020: Style of telling the national stories changed but Not fundamental change in national character/civilisational values
Next Syed Mohammad Ashraf: “Pursuing Education is not possible in an environment of fear and distrust” India: Imams not in favour of opening mosques during the Covid 19: Most mosque are open with a permission of 5 people’s entry for prayer