The cauldron of fake currency, narcotics & communal hate fueling terrorism: No one is happier than ISIS

Muhammed Muhasin from Kerala has died fighting for the Islamic State is no surprise. After all, it is now fairly well-known that groups of people from various parts of Kerala have felt motivated enough to join the Islamic State’s proclaimed Caliphate in Syria.

But here’s what’s unusual. He died in Afghanistan and not in Syria, in what the press wrongly termed as the province of Khorasan. In reality, there’s no such province. The term is one coined by the Islamic State to give life to the old [Islamic] prophecies that said that “black banners’ would come out of the Khorasan, an area that roughly covers parts of Afghanistan, Turkmenistan and north-eastern Iran in the time of the Sasanian dynasty. Not that many fighters would have heard or known anything about the Khorasan. Men like Muhasin who died this week, went there for the glory of “serving” the Islamic State. He probably expected to go to Syria. He landed up in Afghanistan instead. And therein lies a tale:

First, men and women primarily from Kerala seeking to join the Islamic State is something that has been occurring more or less under the radar of media coverage. One group left in 2014, while another group of about 15 was caught two years later. The members of the second group were accused of planning assassinations and violence, and were said to have been funded from Afghanistan. This investigation also revealed names like that of Shahjeer Mangalassery and Moinudeen Parakadavath, who were already in Afghanistan as of that date.

Other cases revealed a nexus between Islamic State cadres in Batla House [Okhla] in Delhi, and people in Kerala, including a woman who was attempting to leave for Afghanistan with her child. It is all rather stunning. But there’s more: 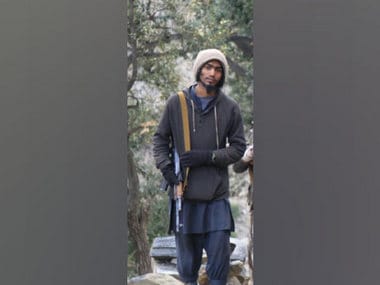 The report on the demise of Muhasin, notes that he died alongside Huzaifa-al-Bakistani, a name that was being bandied about last year in connection with a series of cases of recruitment from India. The handle “Abu Huzaifa” came up in several investigations across India, including Telangana, as someone who would recruit people from Facebook, and then move on to other platforms like Telegram. The handle came up after an earlier recruitment success under the name of “Yusuf al Hindi’, known to be operated by Shafi Armar of the Indian Mujahideen, suddenly went quiet.
Shafi Armar, originally of the Bhatkal group, had been reported killed in a US drone strike in 2016 in Syria, in an incident which was never confirmed. However, the new handle took over from where he left off. Sleuths knew that Huzaifa was a highly-trained Pakistani militant, and that he was probably in charge of a group of people from Kannur in Kerala who left in late 2018 and others who had left earlier. But here again, the uncertainty that is inherent to such wars caught up with investigators. Huzaifa was reported killed earlier also. The man seemed to have nine lives.

Take another look at this principal area of recruitment. Areas like Kasargod, Kannur and Thrissur, among others, are also known to be key areas for the movement of fake currency. The National Investigation Agency at Kochi is investigating several of these cases, in which a network that involves people from all over India is involved. Alongside is another trend. Since about 2017, Kerala has the second highest place in terms of narcotics-related arrests, trailing marginally behind Punjab, which has always been at the top end. Data from the Ministry of Home Affairs indicates that arrests in Kerala in 2018 rose to 7,477 from 6,616 in the previous year.

The state was at second place after Punjab, which topped the list with 9,031 arrests. That trend seems to be continuing in 2019. In May 2019, 100 kilograms of heroin was seized off Porbandar in Gujarat. Among those arrested was a man from Kasargod and his counterpart from Logar province in Afghanistan. The pieces are beginning to fall into place, and it is pretty much the same as what happened in the process of stoking insurgency and violence in Afghanistan. And in the middle of it all, a facilitator from Pakistan.

The danger is considerable in terms of the social mess that is being created, and communal feelings deliberately stoked. And surprisingly, this is occurring at the other end of the country from Kashmir. This noxious cauldron of communal hate, a virulent propaganda campaign, fake currency and narcotics is the deadliest concoction there is. Instead of fighting it, political groups are aiding this with their anti–Muslim tirades, which are immediately praised on sections of social media, with anonymous handles used to further increase hate of a kind unknown to this country. No one could be happier than the Islamic State, and of course, its helpers in Pakistan. They’ve got assistants of several thousand doing their job for them. Source: https://www.firstpost.com/india/death-of-kerala-man-who-joined-islamic-state-points-to-dangerous-trend-fake-currency-narcotics-fueling-terrorism-7096461.html