Deprecated: Methods with the same name as their class will not be constructors in a future version of PHP; RSS_Import has a deprecated constructor in /home/u896758172/domains/wordforpeace.com/public_html/wp-content/plugins/rss-importer/rss-importer.php on line 43
 75-years of UN Charter: A covenant for humanity to prevent war between nations
Facebook Twitter LinkedIn Tumblr Pinterest Reddit VKontakte Odnoklassniki Pocket
189 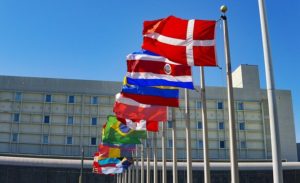 Seventy-five years ago it put to an end the most violent, far-flung and destructive war the world has ever seen. Millions fought, suffered and died and millions more were uprooted with no homes to go back to, no work and no idea where the next meal would come from. It was from this tragic crucible that the United Nations was born, 75 years ago.

While far from perfect, the UN was—and remains—the best covenant humanity  has yet conceived to avoid the slippery slope into a war between nations. This pact has been extended over time to include the understanding that peace means not only the absence of war, but also the promise of dignity and well-being to all. Integrating peace, development and human rights has evolved into a seamless, kaleidoscopic vision of human advancement.

India and the United Nations

Since the day when two Indians signed the UN Charter (26 June 1945), committing their non-independent country to a global normative structure aimed at “saving future generations from the scourge of war” and “reaffirming their faith in universal human rights,” India and the UN have worked closely together in the true and deepest sense of the word towards internationalism.

In a 1945 press release M.K. Gandhi had said that “the world’s future prosperity, stability and orderly development needs a global union of free nations … (and thus) India’s nationalism spells internationalism.” And, as early as 1946, India spoke out at the UN for the disenfranchised indeed encouraged an new international order to uphold the spirit of the UN Charter in word and deed.

India’s multilateral dream has been echoed in its enthusiastic participation in the drafting of the Universal Declaration of Human Rights, underlining the conviction that everyone, across continents, has the same inalienable right to life, equality, justice, conscience, democracy and well-being. It was these fundamental human values that were developed into the global vision, not only by the old elite – the Western powers – but also by the relentless efforts of the kings, women and people of India, who tried to represent the profound moral convictions of this country in the declaration. For example, it was India’s Hansa Mehta who urged the UN in 1947 to change the language of the draft Universal Declaration from “all men are born free and equal” to “all human beings are born free and equal.”

Continuing its belief in vasudaiva kutumbakam (seeing the world as one family), India drew the UN General Assembly ‘s attention to South African racial discrimination and raised its voice against colonialism at home and around the world. India co-sponsored the seminal 1960 Declaration on the Granting of Independence to Colonial Countries and Peoples, which declared that colonialism in all its forms required an unconditional end.

India’s contribution to multilateralism has never wavered over the years, covering a wide spectrum of support from UN peacekeeping, climate change, human rights and sustainable development. Recently, India joined the UN Alliance for Poverty Eradication as a founding member to boost the global economy in the aftermath of the Covid-19 pandemic, emphasizing that ending poverty is not just about monetary compensation but ensuring poor people’s access to quality education and health care.

There are many other examples of India’s inspirational leadership at the UN, including in the declaration of the International Yoga Day; as the founding partner of the India-UN Development Partnership Program, the first ever South-South single-country partnership initiative to undertake projects across the developing world; as the first country to voluntarily contribute money to the UN Trust Fund for International Cooperation in Tax Matters, walking the talk for multilateral support on tax cooperation and flows of black money, and of strengthening UN mechanisms in this area; in its initiative to pilot a draft Comprehensive Convention on International Terrorism (CCIT); as the founder of the Coalition for Disaster Resilient Infrastructure; as the founder of the United Nations Democracy Fund (UNDEF); as the founder of the International Solar Alliance (ISA), registered with the UN as a treaty-based inter-governmental organisation; and through its leadership in the framing of Agenda 2030.

Why the United Nations remains relevant?

During this moment of tremendous global instability and tension, when the entire world is trying to handle the shock waves caused by the Covid-19 pandemic, we are unfortunately seeing a move away from multilateral cooperation. The structures and ethic of collaboration for the common good have been replaced by narrow-minded nationalism, protectionism, trade wars and other forms of a “me first” reframe. Some go as far as claiming that the UN has gone past its sell-by date. However, it is precisely during times of great world upheaval that multilateral cooperation is most needed. Imagine how much better the world could have done in response to Covid-19, had countries synchronized their lock-downs and expressed their commitment to safeguarding global supply chains. And think how many more lives could be saved if all countries cooperate in the UN call to produce the Covid-19 People’s Vaccine.

So, after 75 years of signing the UN Charter, I remain firm in my conviction that the UN is not only the strongest, but the only organization capable of calming the roiling tensions buffeting member states and building the bridges of cooperation needed to curb the spread of coronavirus and accelerate global recovery, driven by its Charter’s timeless norms. But countries have to agree to cooperate to be effective at the UN.

India understands the importance of multilateralism, and has repeatedly demonstrated its commitment. Prime Minister Modi articulated it most eloquently when, in 2016, he said from the UN General Assembly stage, “Our determination will make a difference by fostering collaboration and not supremacy. Connectivity, not isolation. Inclusive mechanisms and not exclusive ones. Respect for global commons, and particularly international rules and standards. 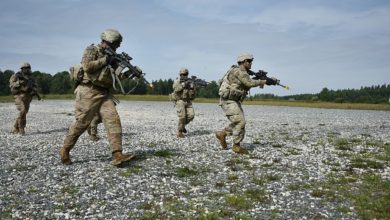