Ablution and health are highly inter-related things as cleanliness is essential for a healthy society. Cleanliness is a situation that makes one healthy while dirt may cause diseases. Wudu or ablution is an Islamic procedure for cleansing parts of the body including face, hands, head, and legs as it is mandatory and also includes recommended, such as ears.

➢ The cleanliness highlighted by Wudu:

Hazrat Uthman (r.a) stated that Muhammed (Sallallahu Alayhi Wa Sallam) said: “the one who performs ablution well, his sins would come out from his body even coming out from under his nails” (Sahih Muslim).

This hadith shows that the Wudu not only cleans the body part where the water is reached but also its effect in various ways, such as purification of the soul by cleansing the sins.

Holy Prophet (PHUB) said: “ My Ummah will be called on the day of judgement (yawm al qiyamah) as a “whitened face” as it is a sign of Wudu. This is reported by Imam Bukhari in his Sahih al Bukhari and Imam Muslim added to it that, also hands and legs.

There is also a visual difference between one who takes wudu and one who doesn’t. This is a thing which shows what wudu makes. In a hadith, we can read that on judgment day Muslims are recognised by the white blaze on their face.

And also when we are going on a topic related to mental health, we can definitely notice the precious role of wudu in it. As wudu is a solution for many mental health problems such as stress, tension, and depression, etc.., that is why the prophet said to perform wudu when one goes angry. Wudu also gives spirit, relaxation, and good energy and also enables activeness which helps in worshipping differently.

Niyyah (Intention) plays a major role in keeping the attention of one’s heart in an act and also it helps in concentrating on one thing without diverting the mind into another. As well as it helps in enabling the presence of the mind in what he doing as the intention is mandatory in wudu. Speaking while taking wudu is abominable as it may lead him to forget his niyyah also as it will divert his mind to another thing. Healthy processes of wudhu’s recommended (Sunnah) such as miswak. The wudu’s 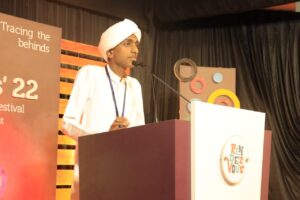 When we think about brushing (siwak) we can find there are many procedures such as brushing that should be done in the teeth horizontally while on the tongue vertically. It is also abominable to brush the teeth in vertical form. The reason for abominable is that it may cause bleeding on his gums. It is recommended to use the miswak (brush) which is smooth and also wet because hard brushes or brushes which are dry may cause loss of the enamel of the teeth. If there is a gap of time between Wudu and salah or no gap of time between them, anyway brushing separately for each of them is recommended except for one who fears bleeding from the mouth. With the consideration of health, it is restricted to brushing with poison as it will harm him.

Anyway, we can point out careful interaction in every procedure such as while washing the face washing the holes of the rheum of the eye is recommended if there is no rheum but if the rheum exists there washing it is mandatory. Although washing the eye (inside the eye) is abominable as it will cause problems to the eye.

In the holy Quran Allah subhanahu wa ta’ala said that he loves those who were clean. Wudu is a process that makes one pure by cleaning his body parts as well as soul by cleaning his sins. The role of wudu in maintaining physical, mental, and also spiritual health is amazing. There are many laws in the wudu which are regarding to maintaining health, as many recommended, abominable, restricted, and mandatory are there regarding maintaining good health. It is commonly known that brushing teeth makes the teeth healthy as it secures the teeth from cavities and other problems. But there are also things that we cannot understand easily or directly such as drinking the remaining water of wudu is recommended as it is medicine for all diseases and also to splash it dress if he fell into a doubt of splashing the nejs into his cloths; Fuqahahs says that it also heal his Urine splashing disease. In short, wudhu maintains health in different ways, especially including the role of wudu in keeping clean and also all the laws related to wudu which contribute in a large level to maintaining good health.