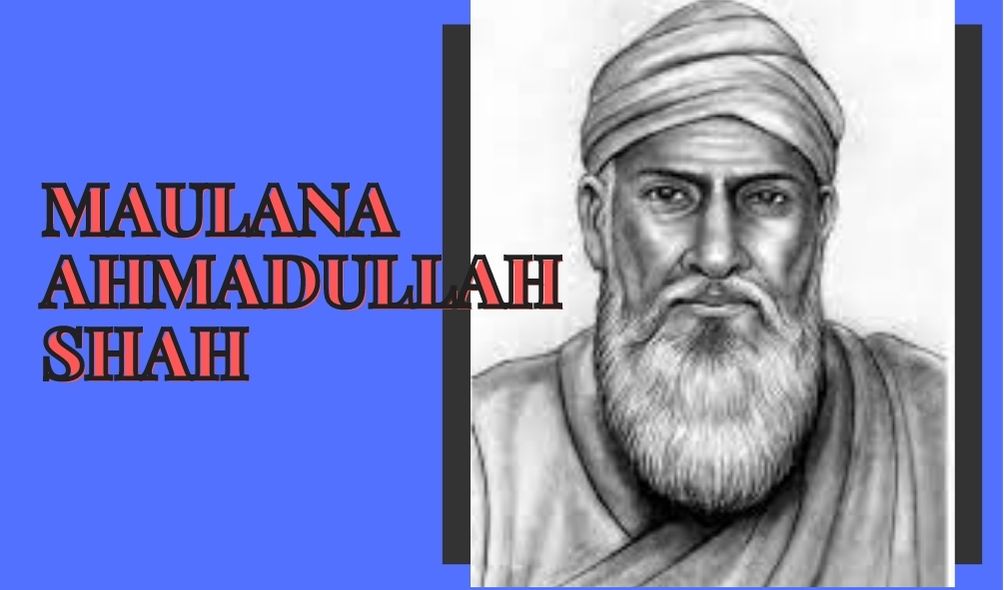 Popularly known as “Maulavi of Faizaba”, the prominent freedom fighter and a leader of the Indian Rebellion of 1857 Ahmadullah Shah (1787-1858) lived in Faizabad in Ayodhya which became a magnificent cradle of Hindu-Muslim solidarity during the Revolt, where many Ulema and Hindu priests rose up against the British, and majority of them were hanged.

Taarikh-e-Jang-e-Azadi-e-Hind, an authoritative Urdu book on 1857 Revolt by Syed Khurshid Mustafa Rizvi, mentions Ahmaddullah Shah as a prominent figure in the list of Ulema who prepared the country for the 1857 Revolt. “He was an epitome of religious harmony and Ganga-Jamuna culture of Faizabad while being a practicing Muslim at the same time. He visited different parts of the country and instigated the people for the Revolt of 1857 in which royalties like Nana Sahib and Khan Bahadur Khan fought alongside him”.

A spiritually inclined A’alim (scholar) who was drawn to a mystical lifestyle from a young age, Maulana Ahmadullah Shah left his home and travelled far and wide, from Hyderabad and Madras to England, Egypt, Hijaz, Turkey, Iran and Afghanistan. Back home in India, he spent most of his life in Sufi mystical practices like Muraqaba (meditation) and Chilla, a seclusion from people.

He became a spiritual disciple of famous Sufi master of Jaipur, Mir Qurban Ali Shah and after taking his ijazat (succession and authorization), he travelled from Jaipur to Tonk, where he held Mahfil-e-Sima (a Sufi music gathering). He then travelled to Gwalior, where he met Mehrab Shah Qalandar, another known Sufi saint. Shah Qalandar granted him Ijazat and exhorted him to work for India’s freedom movement. This was the greatest spiritual task given by his Murshid. Therefore, he left Gwalior for Delhi in 1846 where he met Mufti Sadruddin Azurda Dehlvi, Grand Mufti of who issued Fatwa against British government. Mufti Saheb directed him to go to Agra for a better and successful preparation for the campaign against the British oppression. In Agra, he consolidated ties with the leading Ulema and established Majlis-e-Ulema, a council of Ulema to campaign against the British.

The British officers declared a reward of Rs. 50,000 for capturing the Maulana alive. The proclamation was this: “It is hereby notified that a reward of Rs.50, 000 will be paid to any person who shall deliver alive, at any British Military post or camp, the rebel Moulvee Ahmed Shah, commonly called “the Moulvee”. It is further notified that, in addition to this reward, a free pardon will be given to any mutineer or deserter, or to any rebel, other than those named in the Government Proclamation No. 476 of the first instant, who may so deliver up the said Moulvee”.

British historian Malleson Colonel has described Maulana Ahmadullah Shah in these words in his book, “The Indian mutiny of 1857”:

“The Maulvi was a very remarkable man…. In person, he was tall, lean and muscular with large deep set eyes, beetle brows, a high aquiline nose, and lantern jaws….. The British considered him a worthy enemy and a great warrior”….. “If a patriot is a man who plots and fights for the independence, wrongfully destroyed, for his native country, then most certainly, the Maulvi (Ahmadullah) was a true patriot”. Malleson concludes: I think he was the brain behind the revolt [1857]”.

George William Forrest, the British historian who lived in India from 1872 to 1900, greatly hailed the Maulana for being a ‘practicing A’alim’, and a ‘Sufi soldier’ and commander with great military skills (Kaye’s and Malleson’s History of the Indian mutiny of 1857-8).

Noted historian from Karachi, Prof. Mohammad Ayyub Qadri writes: “The martyrdom of Maulana Ahmadullah put an end to the [first] war of independence, not only in Rohilkhand but in the entire country. Maulana was known as the Lighthouse of Rebellion in Awadh region.” (Jang-e-Azadi-e-Hind 1857, P. 303).