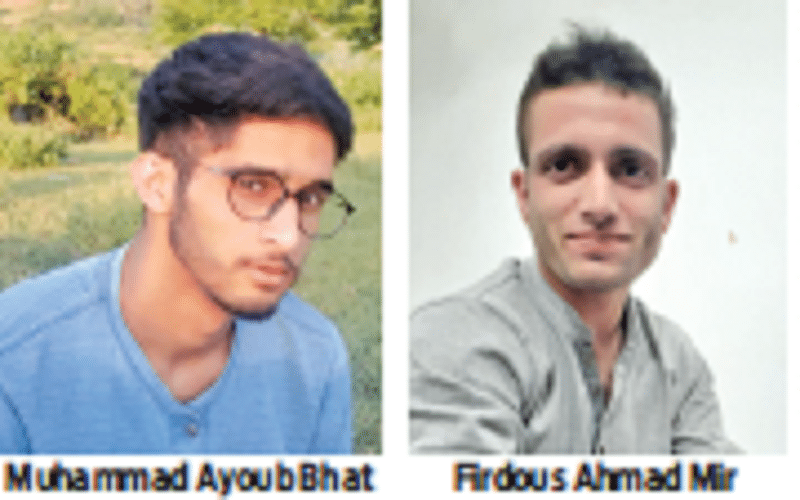 espite the lack of facilities, two boys from this town’s far-flung village in the Kupwara district of northern Kashmir qualified for the prestigious JEE Mains exam.

Sarmarg Check-Sarmarg’s Muhammad Ayoub Bhat and Firdous Ahmad Mir have become an inspiration not only for the young students from their native village, but for the entire region.

Last year, Firdous, who qualified for class 12 exams from Boys Higher Secondary School Handwara, qualified the JEE Mains with 90.53% marks with 86% mark in the first attempt.

Farooq Ahmad Mir’s father, who runs a shop in Handwara, described his son as hard-working. Mir is confident that his son will achieve his goal.

“I am proud of my son who after all odds, from lockdown to internet shutdown, passed the exam,” Mir said.

Firdous who has been a bright student since his school days said he began studying for the exams from class 9.

He said,” The lockdown told me about my preparation, and I could not complete my entire syllabus.”

According to him, the marks secured in examinations in no way say about a student’s capacity. “I proved them wrong who think that a student having less marks in class 10 and 12 can’t qualify such prestigious exams,” said Bhat.

Bhat’s father, Abdul Majeed who is a fruit grower expressed joy over his son bringing laurels to Kashmir.

After he did not qualify for the exam in a few attempts, I recommended him to pursue higher studies. My son, however, pursued his dream and the outcome is in front of us,’ Majeed said.