Those, he fondly remembered, were by far the best years of his life, half a century later. He could clearly depict himself as a little boy of a tender age, delighting in the stories his mother would tell him. “When I will grow up,” he would tell himself, “I am going to love God as He loves us, going around helping people for Him.” 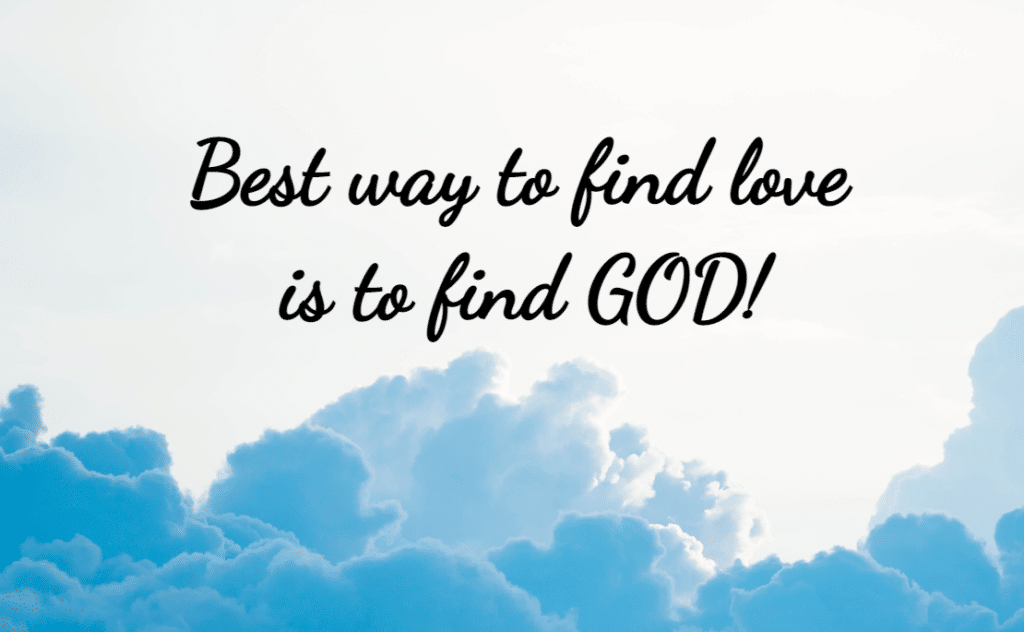 God is a loving and caring entity to him then. “God is your best friend,” he had been taught by his mother. She said, “God loves you and wants you to be very, very happy.” If you ever feel depressed, just turn to God and He will correct things. With you, he’s right there, holding your hand.

But it wasn’t too long for this wonderful relationship to last.

When he turned ten, he was accepted by his parents to what was touted as the ‘best’ school in town. It was run by a group of people who believed in a very different faith from that of their parents.The school authorities did not hide their agenda of spreading their religion, which they did through different means, such as requiring the students to pray to the person they considered the only saviour of all humanity and to sing songs every morning before classes started in his praise. Since it was thought that the school had high academic standards, people from diverse backgrounds of faith sent their kids there, despite the moral brainwashing to which their kids were subjected.

A few days after he entered school, a group of people from a distant land country came to visit him. They were all tall, fat, red-cheeked, well-dressed, and very prosperous in appearance. On a tour of the school, the principal showed them around. They visited and chatted with the kids in the classrooms. They gifted each child with a booklet that had a colourful cover and contained several large pictures.

“Who wants to go to Heaven and be with God forever?”, asked the group leader, a large-built white woman, loudly, in a quaint accent.

The hands of everyone shot up, his being the first!

“Now, kids, if you really want to go to Heaven, you really have to know how to get there, don’t you? The booklet that we gave you will teach you just that. So, you have to read that,” she said with an air of great authority.

“You really have to read the booklet, children,” another member of the troupe, an elderly man, took over, “because if you don’t, you won’t know how to get to Heaven. And then, because of that, instead of going to Heaven, you’ll land up in the opposite place—Hell!”

The man flipped through the booklet and stopped at a page. He held the book high above his head so that all the children could clearly see it. The page hosted a picture of leaping flames and devils with horns on their heads roasting a band of men and women in an enormous cauldron.

“That’s Hell, you see,” he explained. “As you can imagine, it’s a very, very scary place, where people who disobey God and don’t do as He says are tortured for all time and can never escape. Now, you don’t want to go there, do you?”

“No Sir! I don’t!”, he cried out, much before the other children could respond.

He rushed through his lunch when he got back home later that day. He just couldn’t wait for the booklet to be read.

With each page that he turned, he shook with fear as the story became even more terrifying. The meaning of the booklet was that if one did not acknowledge the individual identified as God’s chosen one and humanity’s only saviour, God would be very angry. His wrath would have known no limit. After they died, God will cause all those who did not embrace this figure to be hurled into a huge lake of fire that was Hell. Out of Hell, there was no going. Many people who were sentenced to Hell by God will forever be gruesomely tortured there.

He was shaking with fear by the time he had completed the booklet. His forehead was sweat-drenched. He’d like to puke. He rushed to the bathroom and picked up the lunch that he had just eaten.

“Will God really send Papa, Mumma and me to Hell just because we don’t accept this person as our ‘saviour’ who this booklet says we must in order to go to Heaven?”, he wondered. “Is God really that cruel?”, he asked himself.

Would God really enjoy inflicting such horrific pain on people only because they didn’t believe in what the booklet was saying about a person they had never met and who had supposedly lived in a distant land many, many centuries ago?

The God of the booklet did not resemble the God he had known until then, even remotely. In his mind, the booklet had planted a worm which was soon to develop into a great serpent, causing him great anguish.

A major turning point in his life proved to be that day. This marked his first ever contact with the idea of a ‘God’ who was supposedly capable of intense hatred, sadism and vindictiveness. His loving relationship with the God of his childhood that he had so delighted in was completely shaken.

He stayed in the school for almost ten years. In that period, he  was exposed to many more people who shared that same frightening concept of ‘God’. They held on to their beliefs with such dogged tenacity (which they called ‘firm faith’) that he began to believe they might be right after all. Later in life, he was to meet people who championed some other religions but made very similar sorts of claims for them. If one did not believe in their religion, their story about ‘God’, in the founding figure of their faith and the claims they made about him (it was always a ‘him’, never a ‘her’), and the things they said about their scriptures, God, they insisted, would cause  them to be hurled into Hell, where they would be tormented for all time to come. They made every effort they could—just as had happened when he was a child in school—to make him believe just as they did. Fortunately, however, they did not succeed, but the cumulative effect of his exposure to such people and their belief systems was that he lost his faith in his childhood’s loving God entirely.

It would take him many years to cleanse him of the impact of all the poisonous propaganda he had been subjected to in the name of God and religion. Now, more than half a century later, God, not as defined by this or that religion or set of religionists, but as his loving friend who was always there for him, holding his hand and leading him on, had returned to where he had begun, back to his childhood God. He was now firmly committed to never allowing himself to fall prey again to people who believed in a spiteful ‘God’ who demanded faith in absurd and unverifiable dogmas and supposedly punished those who did not accept them with eternal damnation. He was also clear that to help others save themselves from their pernicious propaganda, he had to do what he could.

How Wahdat-ul-Wujud (Unity Of Existence), an Upanishadic concept came in Sufism through Muslim Mystics!