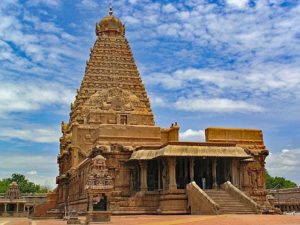 eerut: It was indeed a rare spectacle, at least for the people of western Uttar Pradesh, when scores of Muslims bowed down in the courtyard of a Bulandshahr Shiva temple to offer namaz.

Setting an example of bonhomie amid rising communal rhetoric in the region, on Sunday afternoon residents of Bulandshahr’s Jainpur village threw open the Shiva temple gate for Muslim devotees who were unable to reach the mosque on time due to traffic congestion.

As a sea of devotees gathered on Sunday in Bulandshahr to attend the final day of ‘Tabligi Iztema,’ a three-day Islamic congregation, at the time of namaaz, a few men were stuck in traffic near the village. When the Muslim men told the locals their tale they decided to take up the matter with the members of the temple committee. Together they wanted to throw the Muslims’ temple gate open at one point. Soon, the water taps of the Shiva temple were opened in its courtyard for ‘wazu’ and mats were laid out for namaz.

“The message of love and friendship is to spread far and wide. Here some Muslim brothers had stuck in the traffic jam and it was time for Namaaz. Since there was no other place to offer prayers for them, we opened the Shiva temple gate and asked them to come in, “said Shiva temple priest Amar Singh.