et me tell you, at the very outset. Islamist fundamentalists have started an unsolicited debate on the issue of the vaccine being ‘un-Islamic’. Fatwas have been issued by self-styled Muftis which prevent the use of Covid-19 vaccine for Muslims as something forbidden under the Islamic Shari’ah. 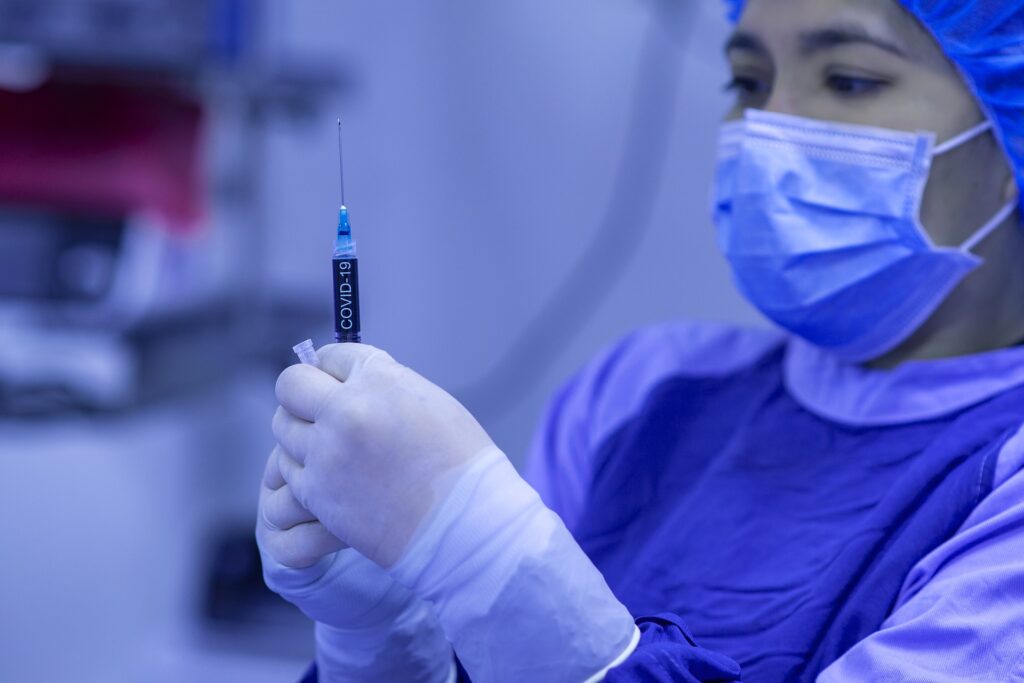 The “religious sincerity” of these gentlemen, ulema or Islamic clerics may be beyond doubt. But if you look at their plain statements, there is a severe lack of knowledge in their arguments with no awareness of the modern requirements. The fake-news spreaders in the mainstream and social media were waiting for such irresponsible statements. Thus, for the past several days, the national media has been characterizing Muslims as ‘ignoramuses’, ‘inferiors’, ‘backward’, and ‘alienated from the national mainstream’. It seems our clerics do keep our society alienated from real national issues. And it is an indication of an imminent socio-religious threat, that the misguided Muslims, much like they were misled by the propaganda against polio vaccinations, will not allow the country to succeed in the national fight against this global epidemic.

For the sake of Allah, please avoid things that would tarnish the image of the nation and provide opportunities for the sick humankind to be healed. Beware! The holy Messenger of God, may Allah bless him and grant him peace, ordered the release of the worst arrogant enemy of Islam only because it could discredit Muslims and tarnish the image of Islam.

Instead of spreading conjectures, speculations and conspiracies around the Corona vaccine, we should first get hold of the factual knowledge on this subject. For example, religious scholars have repeatedly said that the medicine is ‘made up of pork’ and that it cannot be a cure according to the Islamic edit of “La Tadaa’u Bil-Haram” (Don’t use haram medications to cure a disease). So, they say, Covid-19 vaccine is against the Islamic law.

No one has said that pork has been used in the vaccine. But rather there is a biological substance called ‘gelatine’ (for which there is no word in any legal language used by Muslims). It keeps the vaccine safe and valid for longer periods. This is used as an additional substance in this vaccine. It is not obtained from pigs only but also from halal animals and plants, as many vaccine makers have shown. However, the substance derived from pigs – according to them – is more effective. So, many vaccine companies must have used it. But even if the substance is taken from a pig, it undergoes several chemical procedures after which the substance does not remain in its original form. According to many legal experts and Muslim jurists, an Islamic ruling changes in this case [i.e. if the substance doesn’t remain intact in its original form].

According to some scholars, even if it is forbidden [pork-ridden], it is necessarily permissible according to the rules of Shari’ah. Since this disease is a contagious global epidemic, it is not permissible to act on the general Islamic principle on pork, and the rulers must make it obligatory for everyone. For it involves the safety and survival of all mankind, and it is not possible to save the world from this insidious virus without involving everyone or most of them.

Therefore, dozens of Darul iftas (fatwa centres), including the world’s most prestigious Darul Ifta of Egypt, have issued fatwas justifying the use of the vaccine. In this case, it can be held that statements of some clerics against the vaccine are sure to bring disgrace to the community. Therefore, whatever your position may be, whether you consider Covid-19 vaccine Halal or Haram in your heart, please refrain from speaking out against what God has not forbidden. The greatest duty for us all is to save the nation from disgrace and thwart the aims of the wicked people. Inshallah, there will be many other opportunities for showing ‘religious sincerity’ or Shar’iah sympathy and grabbing media coverage!