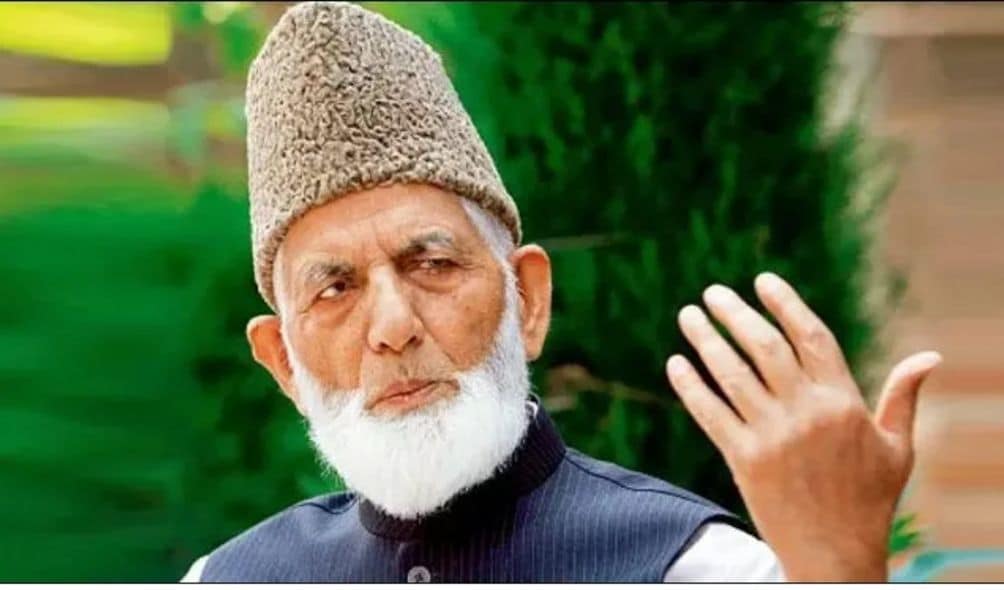 Syed Ali Shah Geelani, the separatist Kashmiri leader, passed away yesterday (September 1, 2021). Of course, people will remember him for numerous reasons; he was the foremost pro-Pak separatist leader, and an ex-president of the All Parties Hurriyat Conference (APHC) which was formed on July 31, 1993, as a political platform of the secessionist and Pak-supported separatist movement, which gave birth to the Hurriyat.

No wonder then, Pakistan is observing “One-Day State Mourning” over Geelani’s death and has even passed anti-India remarks and usual rants. SAS Geelani’s infamous slogan “Hum Pakistani and Pakistan Hamara” is being recounted and chanted in Pakistan after his ‘sad demise’. Pak PM Imran Khan has expressed grief over Geelani’s death. Geelani died in Srinagar, the summer capital of the Indian Union Territory, Jammu & Kashmir also known as J&K UT after prolonged illness. He was suffering serious health-related issues and had been a patient of kidney disease for the past 20 years. At the time of his death, Geelani was 91 years old.

Geelani’s death was not that much tragic as was his life: He was born in an aristocratic family in Sopore, in the Baramulla district of J&K in 1929, went to Lahore for his higher studies in the Oriental College, got inspired by Maulana Maududi’s theocratic views and then joined the political Islamist movement, Jamaat e Islami, in his young age. Back home in Kashmir, he represented the Hurriyat Conference and continued his faction after the Hurriyat split in 2003. He recruited the gullible Kashmiri youths in large numbers, snatching away their education and career in the name of ‘people’s political aspirations and ambitions’, while at the same time educating his own children abroad and accumulating wealth and prosperity at his home.

Now when Geelani has passed away, he has left Kashmiri youth in the lurch. His own people are in disarray. Youth are left at the crossroads. They realize that throughout his life, all that the late Geelani did was to earn personal glory and material profits through the proxy ideological warfare which he called ‘Islamic’. This devastated scores of impressionable Kashmiri minds and wasted the energies of the youth who could have served a better, fruitful cause. He left his own people in the lurch and both factions in disarray!

SAS Geelani in his personal capacity and directed by Pakistan started patronizing the armed youth but with radical Islamist, pro-Pakistan leanings like those of Hizbul Mujahideen (H.M). Even the other militant and separatist organizations such as Jammu & Kashmir Liberation Front (JKLF) which were involved in the armed conflict were condemned as ‘un-Islamic’ and ‘nationalist’. So, their ‘sacrifices’ were not worth the sacred cause of Islam. In all this, the state sponsorship from Pakistan encouraged the late Geelani as well as the cadres of JeIK to be part of the Hizbul Mujahideen, something which led to the Indian state initiating stricter actions and policies against these secessionist groups and their unceasing activities.

Now the sudden death of SAS Geelani does not denote an end to the Pak-sponsored separatist movement under the grab of the pan-Islamist politics in the Union Territory of Jammu & Kashmir. In fact, it indicates that now old players will be discarded and new ones will be introduced which will keep parroting the Pak narratives of ‘Azadi’ with or without the sentiments and sympathies of the local people in J&K.