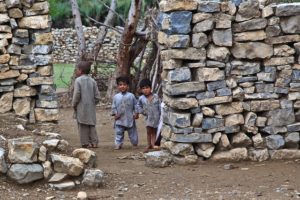 he term “social chameleon” refers to an interesting trait that characterizes the diverse layers of day to day life in a community. The key characteristic of the social chameleon is, just like their reptilian color changing counterpart, an ability to blend seamlessly into any social environment. As Dr.Mark Sundarland, a social psychologist at the University of Minnesota, puts forward that, a social chameleon tries “to be the right person in the right place at the right time”. Celebrated Sufi scholar Shaikh Abdul Qadir Musliyar (Kundoor Usthad), a well-known scholastic figure among the Muslims of Central Malabar, especially in the second half of the last century, was a spiritual guide who maintained such a profound social chameleon personality.

Next in line to the renowned scholar Shaikh Syed Alavi Mambaram, who hailed from Thareem (Yemen) and latterly settled at Mamburam, Kundur Usthad would be the highly influential spiritual leader who steered the Malabar community through his great love, affection and social interactions. The history in general and South Asian circumstances in particular is replete with Sufis and Saints who tried to fill the Socio-economic lacunae characterized with a skyrocketing poverty and cultural paucity. Shaikh Abdul Qadir Musliyar Kundoor, who embodied himself in a small village of Kundoor became a colorful bead in the lustrous history of such great men who lived in and around Ajmer and Himalayan valleys.

Kundoor is a village in Nannambra Grama panchayath in Malappuram district that covered the western part of Thiurangadi. The region is famous for its historical events that imprints the seal of heritage. He was born to the couple Nambadiparambath Kunjhi Muhammad and Khadija. Nannambra kudumbam (family) was originally a migrant family that loomed from the  Valapattanam region for Islamic propagation. It was just before five or six generation of him. From its outset, this family sets unique record for its equal consideration of both scholastic community and common folk.

His grandfather Ahmad Molla was a great scholar who had a wide acceptance in the Quranic studies. After completing the primary education from his parents, he began his systematic study from the Ahmad Molla’s othupalli (mosque-centric residential learning system). Passing five years in Thirurangadi lower primary school, he started his Dars (School of pure Islamic studies) education under the renowned scholar Usthad Syed K.M.S.A Pookoya Thangal from Irumbuncholayil. He  finished his studies in Fath-ul-mueen (a text on dealing with the Shafi School of Islamic jurisprudence authored by Keralite Ali Zainudheen Makhdoom II) from the great Juma Masjid ,Pattambi. He continued his Islamic studies later at Klari Plachiramad under the revered scholar Usthad Iringallur Alavi Musliyar. Meanwhile, he himself metamorphosed his life from a student to a teacher. In the second half of 1962, aged 24, he started his service as a teacher in klari-chenakkal. Passing one and half years in the teaching field, he longed to study muthavval (post graduation in Islamic studies) at Madrasa Al-baqia-thu-salihath, Vellore, Tamilnadu -which is often referred to as the ” mother of South Indian Madrasas” identical to the Darul Uloom of the north.

In fact, Shaikh Abdul Qadir Musliyar Kundoor plunged into the world of services at the time of teaching itself. This element of his lifestyle exhibits the essence of sufism, where it gives more importance to the social practices and concerned services. It is from klari, in between his teachings,he sowed the seeds of services by heading the construction work of Masjid in nearby areas. Moreover, being interested in services in a greater fashion, he built  several Masjids, Madrasas, Schools, roads and other infrastructural requirements with his own efforts and sacrifices. In addition, he constructed small dams and wells in places devoid of water availability, thanks to regional scarcity.

Imbibing the paths trailed down by Gharib Nawaz Khwaja Moinuddin Chishti Ajmer, Kundoor Usthad made constant interventions in socio-economic activities and other services which were beyond the responsibility of a teacher. Long before the government interventions,  the services showcased by Kundoor usthad in constructing the broken roads could be depicted as psychological movement. Along with Kundoor usthad, students from his Dars and the penurious folk too accompanied him in this social service platform. Even the people who came to visit him will change their dress and engage with these activities which gave them clear heart before they returned home.

Among the workers, the majority were the people who came in search of any financial supports from him. Despite a poor and helpless one personally, Kundoor Usthad could help them using the financial strengths of the rich personalities who were there with him to call on him. This financial source would do a great deal to fulfill the needs of the people who came for financial help. This money rotation from rich to poor would do more on reducing economic inequality among the people. The way by which Kundoor Usthad fed the needy people made a hardworking community which would do more for the country’s progress and development of the society. Harvesting with no pains will not create a psychological satisfaction and also it will make an inferiority complex in the mind of the poorer.

Moreover, Kundoor Usthad introduced several substantial plans in an atmosphere lacking economic foundation. This valuable practices helped the people to conceive their skills and gave them a clear awareness about the very concept of “tawakkul” (godly reliance), which deserves a great demand in a region suffocating under the ravages of poverty. Amidst this life, Kundoor Usthad has built more than ten Masjids. Masjid al-Yatheem khana, Masjid habeeb, Masjid Mariyam are some of them in fame. Factually speaking, all these masjids were constructed with his own interest and often he involved directly in the construction work.

Kundoor Usthad was totally an exemplar of Hallaqian appropriation of the Faucaldian technologies of self (2012). In order to make them stagnant or to reduce the technologies of power, spiritual encouragement played a vital role in his life. He was also able to treat both spiritual and material aspects simultaneously by showing the essence of Islam including social service, acquiring and sharing knowledge, eradicating poverty etc. It is imperative that the present generation of Muslims must follow to the farthest balcony those who exemplify the concept of Maulana Jalaludheen Rumi “Solitude among the crowd”(Khalwat dar anjuman) in a profound way. The way of being divine is possible not only through the disconnection with the whole society, but also through the mingling in society as everyone does. Kundoor Usthad shall shine as an epitome of the mentioned idea for ever, for sure!

The author Bushair Yaqoob, is an independent research fellow who does his under graduation in economics and social studies from the University of Calicut. His area of interest comprises Islamic studies, cultural and social aspects of Malabar, Sufism and the paradigms of Indian Muslim lifestyle. He can be contacted by mail: bushairyaqoob58@gmail.com 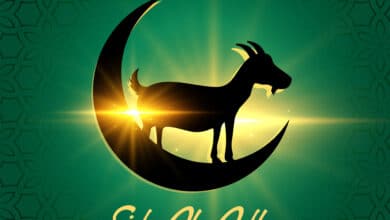 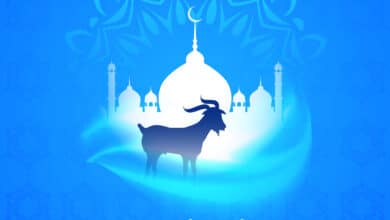 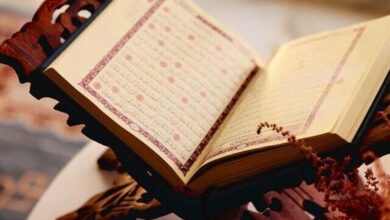