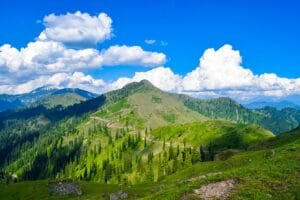 or decades, many extremists and radicals have sought to establish movements and words, misrepresent the true picture of Islam, and attain their own egocentric benefits. One such word is “Ghazwa-e Hind,” misinterpreted as misguiding the Indian subcontinent’s innocent Muslim youngsters. Ghazwa-e Hind may be loosely translated as a Holy War against India that its advocates misleadingly use to instigate Muslims for revolt against India. In fact, most Indian Muslims don’t even know about this movement and those who have knowledge of it don’t believe in such a movement as it asks them to fight their own country.

Historically, Ghazwa-e Hind had already happened in early or medieval Islamic times that had specific backgrounds and causes – whether it was the conquest of Sindh by Muhammad bin Qasim or the medieval Islamic rule in India. Muslims must also note that before those incidents happened, Islam never requires Muslims to fight against any nation and any culture. Authentic historical texts show that all Islamic conflicts have a common history and have been contextual. Ghazwa-e Hind is propagated by those extremists for whom faith is of minor importance. We just want their greed for wealth and land quenched. How can they argue that Ghazwa-e Hind is right when India offers 180 million Muslims dignity, democracy and peaceful life compared to the Islamic State of Pakistan and Afghanistan?

The term Ghazwa-e Hind has been derived from the Hadees that states- “The Prophet of Allah (PBUH) said – ‘Allah has saved two groups of my Ummah from the hellfire; the group that will invade Al-Hind (the subcontinent) and the group that will be with Eesa (Jesus), the son of Mariam.’ Abu Hurairah said – ‘The Messenger of Allah promised us the conquest of Al-Hind (the subcontinent). If I am able to join it, I will spend on it my wealth and my life. If I am killed, I will be the best of martyrs and if I return, I will be Abu Hurairah, the freed one (i.e. from hellfire).”

Several renowned scholars have however clarified that the Hadees chain is weak. This means that at the time of the Prophet Mohammad (PBUH), a Hadees was passed on to us by a large number of people and was not in written form. Chain of narrations is called Isnad.  When the writer of the chain is deceptive, the facts are skewed and the terrorist groups may use them to offer their own theories. Extremists use these weak Hadees deliberately to encourage Muslim youth to enter their groups and then destroy guilty people who are totally opposed to Islamic ideology.

India is a democratic country where millions of Muslims have lived happily and peacefully for years. Those preaching Ghazwa-e Hind in Kashmir have failed miserably in providing prosperous and peaceful life to the Muslims (the sorry state of Kashmiris can be sited as one of the best examples in this context).   On the other hand, during its golden years no Holy War of Islam was waged for acquiring land and property. Each war was waged in defense or for the preservation of religion. While there are thousands of Indian Muslims in the army ready to die for India, those who suggest Ghazwa-e Hind must take an introspection. A real Indian Muslim will never fight against the Indian government because they know they are free to worship their god, celebrate their festivals and practice their religion.

Hundreds of Kashmiri students are having the best Indian Universities education. You cannot get from those countries that serve the so-called ‘Islamic State’ the same standard of education, Pakistan being the best example. Many of those Kashmiris have done professional jobs in India and received decent salaries. We know the farce behind radical groups such as Ghazwa-e Hind, and have to come forward to shed some light on the matter.

Yes, Ghazwa-e Hind’s militant supporters would begin a movement like Ghazwa-e China, because the Chinese government has stripped Muslims of all human rights. They have no right to worship their God, or to practice their religion openly. Many Uyghur Muslim women were raped by officials and forced for abort the babies. However, not a single voice has been raised against China by these extremist groups.

All Indian Muslims need the hour to condemn these false prophecies and weak Hadees that are not part of Islam but have been fabricated by propagators of anti-Islamism. All that they want is to defame Islam’s genuine face. The spirit of Islam is peace and unity, which the Indian Muslims earnestly embrace though at the same time denying the notion of the Ghazwa-e Hind.

It must be held in mind that preaching and promoting Ghazwa-e Hind ‘s doctrine is not only against Islam’s principles but also against the teachings of great Sufi saints who blessed India’s land through their philosophy of unity, compassion, and harmony. Islam also emphasizes the moderate direction which is the only way to stay happy and peaceful in this world.