Probably one of the biggest problems in religion is the problem of exclusivity—the notion of one group of believers thinking they are ‘the Chosen People’ or of one religion supposedly being the ‘only way to God’, the claim that one particular scripture is superior to others, and so on. 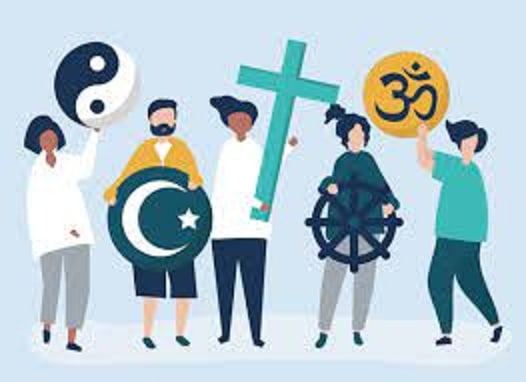 People have developed over the centuries many institutions, customs and traditions around this issue of exclusivity. These ideas promote the assertion of exclusivity, which is often rooted in prejudice, bias, or in a ‘holier-than-thou’ attitude. Exclusivity can be very dangerous, because it often leads to excluding the ‘other’, causing violence, killing, and war.

The truth is that when people claim they belong to their religion, most of them behave as if they have had so many lifetimes of carefully and objectively studying all the world’s religious traditions and, on that basis, have been able to choose the very best among them! But of course that it not true. Most people who believe in their religion do so simply because they were born into it, as it were. Yet, they behave as if they have made a deep comparative study of all the religions and have discovered that the religion they were born into is, as it were, the best! And then they become very passionate about spreading what they regard as this ‘Good News’ all over the world, wanting others to believe just as they do.

When I speak to young people—I speak at many high schools—they call this ‘spiritual racism’. These young students point out that if we develop a ‘holier than thou attitude’ and discriminate on the basis of the ‘color’ of one’s theological beliefs, it is sheer prejudice and racism.

Here is a metaphor that highlights the pitfalls of this ‘spiritual racism’:

There was once a very sincere monkey who used to go to all the neighbourhood ponds, and there, he would pluck out the fish from the water. His reasoning was that he was rescuing the poor fish from a watery grave! He thought he was doing the fish a big favour by ‘saving’ them from dying in the water!

What is missing in the monkey’s sincerity is lack of higher awareness. His actions actually harm the fish. Our fervent and aggressive actions to ‘save’ others by imposing on them our version of the ‘Good News’, no matter how sincere, lacks deeper understanding of the genuine needs of the other.

The truth is that when someone espouses religious exclusivity—when they claim their religion is superior to others—this is not religion that is actually speaking. Rather, it is their ego speaking. One must be humble in recognizing this, however, otherwise one runs the risk of becoming exclusive about one’s non-exclusivity!

There is a beautiful spiritual practice that is very useful in reminding us of the pitfalls of religious exclusivity: Ponder on the metaphor of all the rivers flowing into the Ocean. Then, remind yourself that you might be following one river, but you must not mistake that one river for the Ocean itself.

It is my belief that all religions are paths to a shared Universal. In the above metaphor, the Ocean represents the shared Universal, and the river represents my specific religion. I cannot insist that only my river flows into the Ocean. This could be considered limited understanding. Similarly, it is a spiritual limitation to insist that my religion is the only true path to God, salvation or freedom.

May 21: ‘Hafta-e-Shahadat’ in Kashmir poses serious questions, calls for introspection