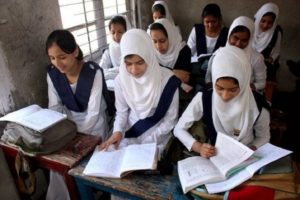 ujarat: The fact that education is a companion that no misfortune can take away has dawned on four poor Muslim students of the FD High School of Ahmedabad early in their lives.

The four Muslim students stayed glued to their books all year round to emerge as top rankers in the Class XII (general stream) exam, the results of which were recently declared by the Gujarat Board of Education.

The four Muslim students, two of whom were blind, faced numerous stumbling blocks such as unlettered parents, modest dwellings and paltry cash but through their sheer dedication they reached the top, making their teachers and parents feel proud.

Visually disabled Talha Ganchi, the highest scorer in his division, had a natural vision and was still first in school class before he cleared seventh grade. Yet his eyesight soon started to fail and the brainy boy found himself groping in the dark.

His life turned upside down one fine day when he was in Class IX when he was blind as a bat but, thanks to his elder brother Gufran, a college drop-out, the bookworm saw light at the end of the tunnel and continued his studies on.

Rather of attending a school for the sightless and studying the Braille language, Talha decided to attend his usual school according to Gufran, a modest tailor. Gufran would make his brother listen to motivational speeches to boost his morale even as the costly treatment of his father’s kidney ailment had bled the family white with not even an ordinary home TV set.

Worried stiff though he was about his ailing, widowed mother and two stone-blind elder brothers, Talha burned midnight oil, focusing on his all-important studies with a helping hand from Harshida Mehta, a Blind People’s Association special educator. Talha cleared his exam with a record 53% with the result, although he only needed 20% to pass the sample.

“Fortunately for me and another blind Fahad student, Mehta Madam took the initiative not only to teach us for hours on end separately, but also to arrange books, cell phones and scholarships for us,” Talha, who now wants to study physiotherapy.

Upon passing Class X, Fahad, starry-eyed yet blind from birth, left his parents in poverty in Palanpur and came to Ahmedabad for further studies to fulfill their dreams. He managed to live in a hostel and learn the Quran but no standard school was ready to enroll a blind student until Gujarati-medium FD High School, which is based on character and personality development, decided to admit him after Mehta promised to coach him.

The only brother among two sisters, Book-smart Fahad, would be busy with school books during the daytime, and would also study Islam at night.

He also walked to school about 1.5 km away for his labourer father and mother back home in Palanpur and, along with Talha, had to sit in the open playground for learning from his Braille books at school. He would never mind the perturbation of other boys and girls during their physical training period making discordant, deafening noises.

Fahad had to select geography instead, since the FD High School ‘s subject of logic in Class XII was difficult for the visionless, but he passed the critical test with 46% flying colors only next to Talha.

Vasim Rangrej has set an enviable record by scoring 99.24% despite the fact that the 17-year-old has no one to guide him as he stays in Juhapura, Asia’s largest Muslim ghetto, with his down-to-heel parents.

According to Gena M Husain, retired principal, his father was not able to buy him a pen drive two years ago when he was working in a cloth market. The heart-breaking high school teacher has chosen to make money by writing newspapers that he continues to do right now.

Indeed, also on the day Class XII results were announced by the government website in the wee hours, he was congratulated on his cell phone by his friends but he completed his routine by cycling with the day’s papers to about 110 homes.

Vasim, who dreams of mastering chartered accountancy, that one shouldn’t spend hours learning by rote but only spend a few hours understanding and absorbing in mind.

Alsania Shaikh, the daughter of a workshop mechanic and marginally better off than her three colleagues, had set a target by preparing for eight to ten hours to obtain the highest marks. Despite offering prayers five times a day, and taking an active part in FD High School for Girls’ outdoor activities in Jamalpur, she was able to chalk up an amazing 99.75%.

“I scored 97% in Class X. So I wanted to score more than that in Class XII,” said Shaikh, the youngest of four siblings, adding that if she didn’t understand something, she used to question her teachers immediately and clear her doubts.

“Alsania listened with rapt attention to and respected the teachers in the class. She was an respectful student with good manners and so she was assisted by all teachers, “says Anisha Shaikh, the school principal. 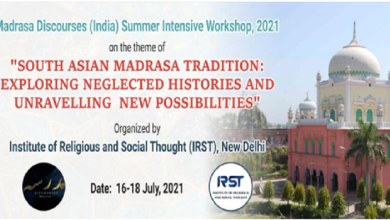 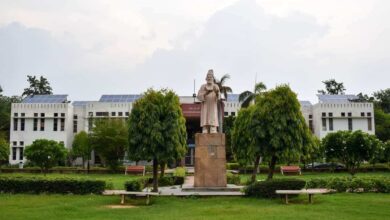 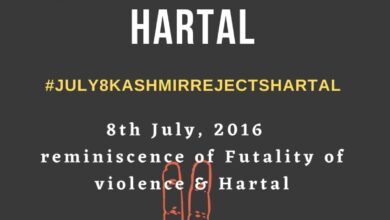 J&K: Development Schemes like the ‘UMEED’ Run Counter to the Misleading Calls of the Kashmir Hartal on July 8, 13

How to Prevent Sexual Harassment in Educational Institutions?