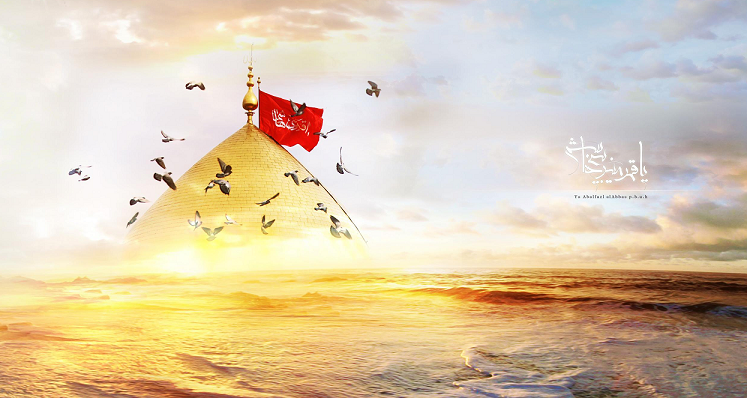 Imam Jaffer Sadiq said: “All days are Ashura, and all places are Karbala, and all months are Moharram”. One can readily extend this to: “And all human beings are Hurr!” (as quoted by Dr Ali Shariati).

This standing of a small band of the faithful under the holy leadership of Imam Hussain culminated in a prototype of resistance that transcends all historical and geographical restrictions. It offers an opportunity to examine one’s faith. Only Karbala can teach us the lessons of patience amidst calamities and make us realise the ultimate levels of human perseverance. Imam Hussain ibn Ali is the leader of all freedom seekers, no matter where they live.

The first 10 days of Muharram that culminate in Ashura make us understand that we ordinary people can also live our lives on the divine path in the middle of this materialistic world, regardless of the circumstances and situations we are stuck in. Each martyr of Karbala has displayed the perfect blend of faith and practice in the most ideal way. We can’t fail to uphold the standard set for us if we claim to be followers of Imam Hussain.

One of the bravest characters in the story of Karbala was Hazrat Hurr Al-Riyahi, initially the general of the Umayyad army and a famous warrior of Kufa. He was the first official of high rank in the Yazidi camp to confront Imam Hussain and his small caravan on the way to Kufa. Hurr was directed to take Imam Hussain towards the barren land of Karbala if he refused to come towards the governor’s house of Ibn Zyad in Kufa. Hurr did not have any political affiliation with Yazid, like Umar Saad, Shimmer Ziljoshan, and Ibn Zyad did. He did not have political ambitions. Hurr was just a warrior who rose to become a high-ranking general due to his professional abilities only. He was also unaware of the correspondence between Imam Hussain and the people of Kufa. That is why he was scared about a confrontation with the Imam, the grandson of the Prophet. Even though Hurr was a great military commander, his behaviour with Imam Hussain was respectful and kind. It is narrated that he paid great reverence to Hazrat Fatima Zahra in front of Imam Hussain.

Hazrat Hurr’s story unfolded in a way that went against the other commanders and generals of the Umayyad army stationed in Karbala who were readying to kill Imam Hussain and his small army. Hurr was destined to make a switch from his luxurious life under Yazid to the immortality he gained under the supreme authority of Imam Hussain. He was to be free from the slavery of the dark forces of Yazid and his henchmen. Despite his high stature and background, Hurr was shaking from the very beginning and fighting a hard inner battle between truth and falsehood after he realised the divine light incarnated in Hussain, the true Imam of the Ummah. The fine line between hell and heaven clearly appeared before his eyes. Finally, he not only himself surrendered before the Imam but his son and servant did the same. Dr Ali Shariati wants us to understand this “choice” as the most important manifestation of the meaning of a human being. “The history of Islam is full of contradicting features. The two lines starting from Habil and Ghabil, existing throughout history side by side though in different faces, have also continued in Islam. Now, both these streams are dressed in Islam, but in opposite directions. Ironically, our hero is faced to choose between the most extreme ends in each of these parties: Yazid and Hussain.”

The path preferred by Hurr at the last hour changed his fate forever. The manifestation of truth upon Hurr and the speed with which he rushed to the divine light made his name a symbol of hope in repentance, which is instantly accepted by Allah and leads to eternal salvation. His soul was in search of the divine path which was shown to him by none else than Imam Hussain. After his martyrdom, Imam Hussain sat beside his body, wiped off the blood on his face, and said: “You are truly Hurr (a free man), like the way your mother has named you. You are a free man both in this world and in the hereafter.”

The narration directly from Hazrat Hurr is as follows:

“Upon my departure from the palace of Ibn Zyad, the Umayyad governor of Kufa, to confront Imam Hussain ibn Ali, I heard a call from behind, repeatedly, for three times: ‘O Hurr! Glad tidings for paradise be for you.’ Hurr continues: “I looked back but couldn’t see anyone, and thought: By God, this is not a glad tiding; how can it be glad tidings while I am on my way to a war with Imam Hussain ibn Ali?” Hurr kept this incident in mind and when he joined the camp of the Imam, he told this story to the Imam. The Imam replied: “You have been directed to goodness and reward.”

It was indeed the divine calling and Hurr’s inner search that rescued him and helped switch sides. The holy leader of martyrs, Imam Hussain, on the day of Arafah had delivered that sermon in Mecca where he said to people: “You have a homeland. Whosoever is interested in their homeland, come with me.” It was Hurr among other 72 martyrs who chanted “Labbayka Ya Hussain” despite him being the commander of the Yazidi camp. It means that nothing and absolutely no one can prevent a man from attaining divine grace if he uses his free will and makes the right choice when the opportune moment comes.

So, we the followers of Ahl-e-Bait (holy Prophet’s noble family), are expected to understand the divine message that it all depends on us, on our will and our thoughts. It is solely upon us to be the Hurr of our age in the varied battles of life. Divine help will come if we take the first step. We have to set ourselves firm on the righteous path. The battle between Hussaini forces and Yazidi forces continues to this age and time. It is upon us to decide which camp we join. No age is peaceful and just. Every age and each land offers a choice of Karbala. So, let’s be the Hurr of our times.

Women in Post-Taliban Afghanistan: Will there be any change?