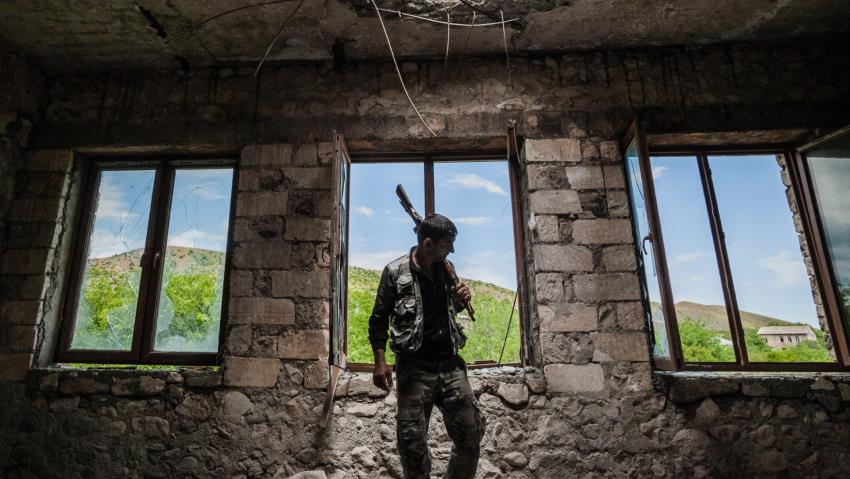 ith decades of clashes again, old claims in Nagorno-Karabakh, Armenia and Azerbaijan are on the brink of war.

In 2014 and 2016, the South Caucasus region had previously experienced flare-ups of violence, with the last being in July this year.

In the current escalation, various countries are embroiled, with Russia, Iran and India more inclined toward Armenia, while Turkey, Israel and Pakistan are siding with Azerbaijan.

Turkish President Recep Tayyip Erdogan, announcing support for Baku as soon as hostilities broke out, vowed to continue the struggle until the end of the Karabakh occupation, stating that “Turkey stands with and will continue to stand with friendly and brotherly Azerbaijan with all our means and all our souls.”

Following Ankara’s position on the issue, support for Azerbaijan was also announced by Pakistan’s foreign ministry. Notably, Islamabad never acknowledged the state of Armenia despite taking Baku’s side during and after the last war with Yerevan over Nagorno-Karabakh.

Meanwhile, even though it maintains diplomatic relations with Armenia, Israel has put itself on Azerbaijan’s side. With a long history of successful arms sales to Baku, Tel Aviv is closer to Azerbaijan compared to Armenia, which buys its arms from Russia and is seen as close to Iran.

Interestingly, while there are close ties between Ankara and Islamabad, they have distant or no ties with Tel Aviv. Due to the Palestinian dispute, Pakistan has not recognised Israel and there are no diplomatic relations between the two countries.

Pakistan may be one of the few countries besides Iran that would never accept Israel, according to analysts, so any joint attempt to support Azerbaijan is impossible.

Relations between Israel and Turkey have remained tense overall, too. According to Professor Michael Tanchum, Senior Fellow at the Austrian Institute for European and Security Policy (AIES), “Despite very robust economic ties between the two countries, political relations between Turkey and Israel have been strained over the Palestinian issue.”

Where Azerbaijan is concerned, he says, “There is a wide overlap of strategic interests for Turkey and Israel. Turks in Turkey, of course, think of the Azeri Turks as part of one wide Turkic nation in Turkey. It is common to hear in both countries ‘one nation, two states.’ Israel and Azerbaijan have had a deep and long-standing partnership since the 1990s.” 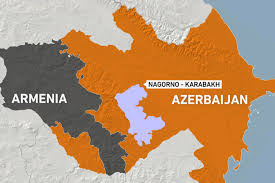 Ankara, Tel Aviv and Islamabad, however, all receive substantial energy supplies from Azerbaijan, and if the dispute between Baku and Yerevan is prolonged, the energy security of all three countries may be affected.

Around 10 miles from the Armenian border, most of Baku’s major export pipelines are located. And what makes July’s last spat more significant is that clashes have taken place in the southern Tovuz area, where most of the vital energy infrastructure is located, along the Armenia-Azerbaijan border. It was quite rare, as Karabakh’s real disputed territory is in the north and a good 300 kilometres away.

During previous escalations, Armenia had never attacked energy lines, even though the dispute had continued for nearly 30 years. Power plants and civil infrastructure were targeted also in the clashes that took place this September.

The protection of the significant Baku-Tbilisi-Ceyhan crude oil pipeline and the Southern Gas Corridor, which are buried two meters below the ground, could be threatened by any extended war. Notably, just weeks before Baku was supposed to start piping gas to the European Union ( EU), violence flared up again and it has the potential to harm the Azerbaijani economy.

In Israel’s case, almost 40% of its oil needs are supplied by Azerbaijan and the Baku-Tbilisi-Ceyhan pipeline is used for this export. The pipeline supplying Tel Aviv is the most important, although there are three crude oil export pipelines, since it handles 80% of azeri oil exports with a capacity of 1.2 million barrels a day.

A direct gas pipeline from Azerbaijan to Turkey, meanwhile, is also expected to provide cheaper gas. Today, gas exports from Baku to Turkey have risen and are taking up a significant proportion of what was previously provided by Russia. 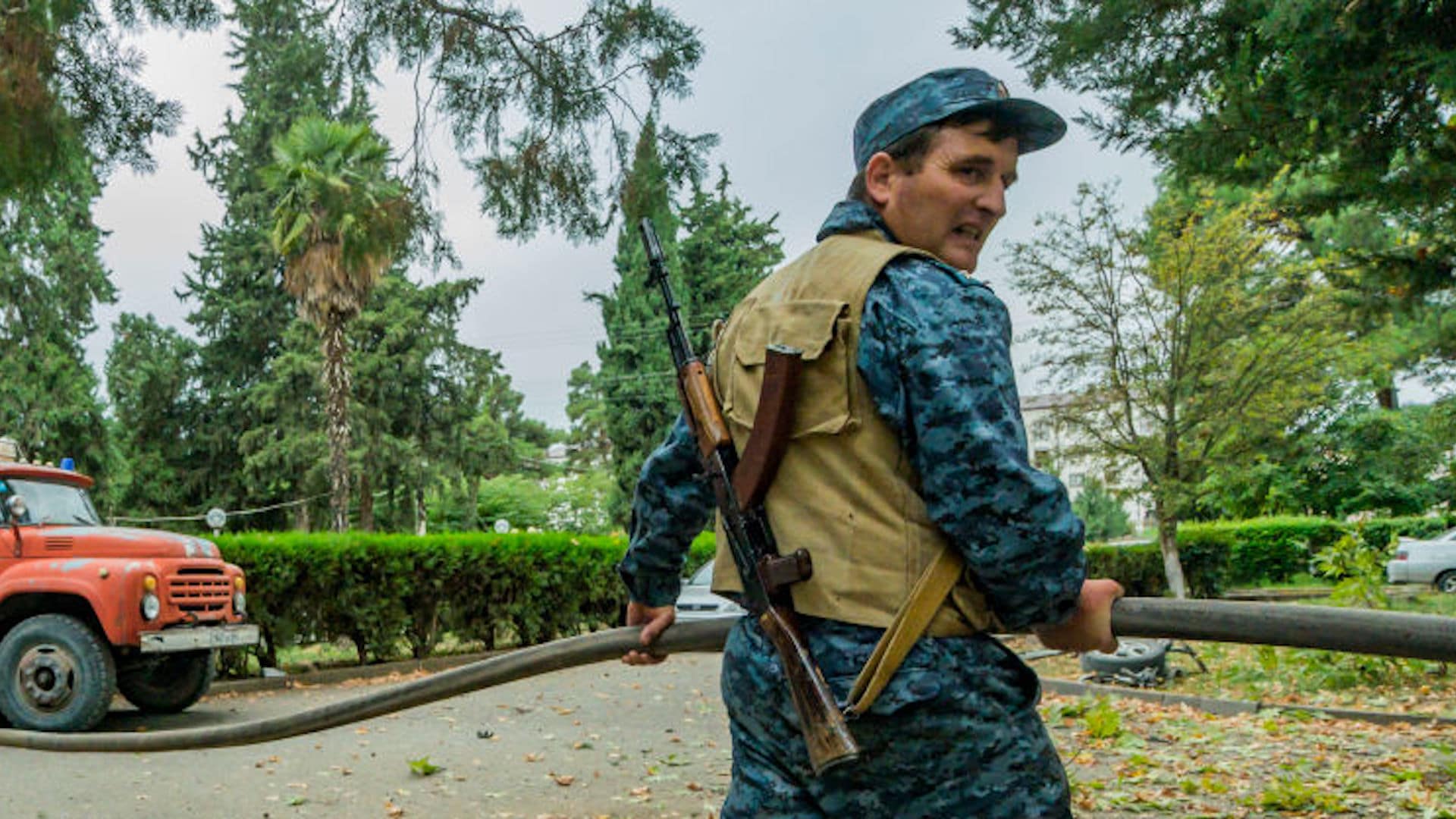 Additionally, Azerbaijan has won tenders to supply Pakistan State Oil with gas and diesel. An Inter-Governmental Agreement was signed with SOCAR, the state oil company of Azerbaijan, for the import of Liquefied Natural Gas ( LNG) and long-term supply agreements were also discussed in 2017.

Azerbaijan is a major oil and gas supplier to many countries, exporting about 700,000 barrels of oil and about 780 million cubic feet of gas daily, and the safety of various oil and natural gas pipeline routes from the Caucasus to Europe is at high risk.

“Recently, Armenian Prime Minister Nikol Pashinyan called on global powers to stop Turkey from intervening, saying,” We are on the brink of a full-scale South Caucasus war.

Azerbaijan has used drones supplied by Israel against Armenian forces in recent clashes and made the anti-aircraft umbrella of Yerevan ineffective. Azerbaijan has attained air superiority with this behind-the-scenes support from Turkey and Israel.

According to the Stockholm International Peace Research Institute (SIPRI) conflict think tank, from 2006 to 2019, Israel provided Baku with weapons worth $825 million. Moreover, various defence technologies have also been issued and Azerbaijani special forces have been trained by its defence companies.

There were some rumours that Pakistan had supported Baku militarily as well, but these claims were refuted by Islamabad. The US State Department cautioned that “participation by foreign parties in the escalating violence will be fundamentally unhelpful and only escalate regional tensions.”

Armenia, on the other hand, has received support from Russia, which has recently supplied it with S-300 ballistic missiles and SU-30SM aircraft. And while India is trying to adopt a neutral stance, it has only recently entered into a $40 million defence agreement to supply Armenia with four Swathi weapon-locating radars.

Essentially, the matter lies more within Russia’s sphere of influence. Armenia is in a NATO-like Russia-led military alliance, the Collective Security Treaty Organization (CSTO) but Azerbaijan is not part of the group.

In the 1994 Nagorno-Karabakh War, thousands of lives were lost during the fighting until Russia brokered a deal, but a lot of land remained under the control of ethnic Armenians, who declared it an autonomous state.

Now that the confrontations are getting worse, Yerevan has declared its readiness to accept Russian peacekeeping forces if they are deployed within the framework of the OSCE ‘Minsk Group.’ This group was founded in 1992 and is co-chaired by Russia, France and the US to find a diplomatic solution to the dispute between Nagorno-Karabakh, but the status quo has only continued. 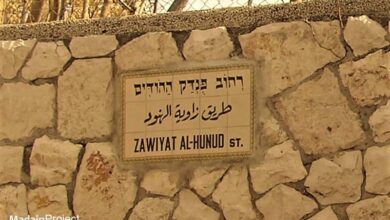 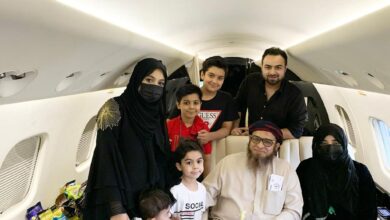 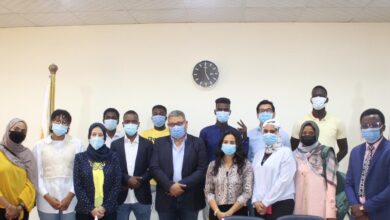 Maat Organizes an Introductory Session on the “Nile for Peace” Initiative 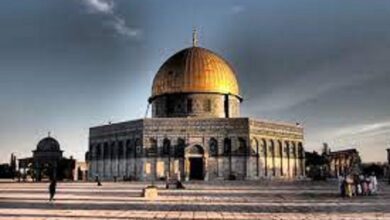 The Message of Eid ul Fitr, Protection of Baitul Maqdis and Human Rights of the Palestinians