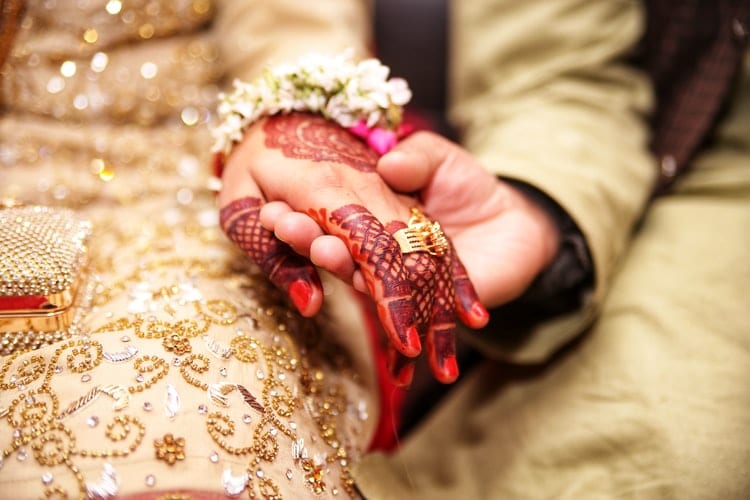 he lockdown has made marriages simple and less expensive and a low key affair. With the government imposing restrictions on the number of guests and making social distancing mandatory, people under compulsion are organising marriages on a small scale with limited number of guests. This saves the families a lot of hassles and money.

Earlier, the Baratis would be in hundreds but now only close relatives are invited to be the barati. In rural and semi urban areas these Baratis would sometimes be the cause of trouble and harassment to the family of the bride as they would throw tantrums. Thanks to the lockdown, this species of trouble making Baratis have almost disappeared. The unnecessary ritual of Juta Churai (stealing of the groom’s shoe by the groom’s sisters-in-law has also been shelved.

The marriage celebrations have been largely affected in Kashmir. In Kashmir’s Muslim society, marriages were a weeklong affair with elaborate rituals, huge gatherings and three day feasting. The houses would be lavishly decorated. A team of Wazas would prepare and serve a 30 course meal. It is known as Wazawan tradition.

Hundreds of guests would turn up to bless the newlywed couple. The Wazas would serve the meal to guests who sat in groups of four around a big copper platter and ate from the same plate. This Wazawan tradition and weeklong feasting would cause huge expenses and also wastage of food. Social organisations in Kashmir had been campaigning for low key marriages according to the Islamic principles and for saving food from wastage. But in the name of age old traditions, marriages continued to be big, fat and frivolously expensive.

The restrictions of lockdown have made marriages in Kashmir also simple and sombre. Now, due to social distancing norms, the guests eat separately instead of eating in groups of four from the same platter. Food is not wasted as the number of dishes have been reduced. The number of Wazas have also been reduced. This has caused some sort of bitterness among the traditionalists but in reality it is a positive change. In a state which is suffering due to various political and economic problems, such lavish marriages are only a drain of money. Poor societies should not indulge in such superficial and lavish traditions. Though initially it seems a break in tradition, if the Kashmiris in particular and all the Indians in general embrace this change for ever, it would be good for the society in the long run.