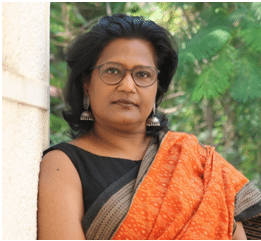 (The author has also been a representative in the informal international advisory group of the UN Global Compact &United Nations Development Fund for Women (UNIFEM) that finalised the Women’s Empowerment Principles. InterweaveConsulting has been working with UN Women on an interesting project which provides free support for gender equality in organisations).

That patriarchy and misogyny co-exist in the 21 century is not news. However, that it also happens in our schools and institutions of higher education has been an uncomfortable truth we have resisted to believe. As a country, we carry the ubiquitousdistinction of being the “Most unsafe” country in the world but somehow, we wanted to believe that our children were safe.

Yet, the recent news of incidents from across premier schools, colleges and institutes of higher education, has brought home some hard facts. While the formal definition of sexual harassment exists, the varied nuances in which it shows up is what is often difficult to fathom.  And, if these were incidents in premier institutions, we can only imagine what it must be for the large majority outside.

Of course, we must begin by acknowledging that even the perception of harassment including sexual harassment is skewed in India. It is a country where the weaker of the two in a relationship is taught to expect it. As a feudal, hierarchical system, “That’s how it is” is the norm. And, if you are a young girl or woman, dirty looks and groping hands are something that you have had to deal with as a rite of passage.

While all kinds of disrespectful behaviours and bullying must be avoided, the occasional name calling, pushing and physical fights are a part of school life that parents and teachers must handle appropriately. Similarly, there is a school of thought that there is a certain normal sense of curiosity of adolescence and that we should not overthink it, it is an extremely fine line that needs to be watched cautiously. Any kind of repetitive bad behaviour, whether sexual or otherwise must invoke corrective punitive action especially if it interferes with a students’ sense of well-being and deters participation in academic and extra-curricular activities.

While the socio-cultural context of every institute is likely to have a distinct flavour representing the ethos and nature of its own history, mission, profile of students, size and location, the common factor across the board is the vulnerability that girls and women and the marginalised groups experience. And, unfortunately, whether it is a boy or a girl, it is never just a physical experience but far more a psychological issue that can leave deep dark scars impacting a student’s access to a wholesome educational experience.

Why does it happen? Well, whether it is a workplace, marketplace or school, power is always a factor that plays a significant role in any kind of harassment. Academic settings are uniquely challenged in the area as the power differential between students and faculty is huge and the cultural orientation that teachers must be respected and can do no wrong places most victims in a weak position from shame and fear. Similar pressure can come from seniors or “influential” students, visiting faculty, staff and administrators as well.

Another contributing factor in colleges is the promise of freedom that being a young adult confers. Being away from the watchful eyes of teachers and parents is seen with a certain sense of adventurism. This combined with the need to settle in and find one’s own feet in a larger eco-system, making new friends, exploring the campus and the general excitement of a new life lowers a student’s guards substantially. And if these are residential institutions, the risks are that much higher.

Tag along the legal sanction to use alcohol and the general aspiration to be “Cool” with peer pressure to cheer you on and things can easily go out of hand. And when something does go wrong, the guilt and shame that I led myself into it and will get no help keeps the incident under wraps. The fact that many come from varying socio-economic-cultural backgrounds adds another layer of fear, shame and helplessness.

Incidents can range from sexist jokes and put-downs to physical forms of hugging, groping or even tricking someone into sexual activity. “Hangout” spots and or visiting off-campus spots like apartments or hostel rooms are all classic examples of situations that have escalated beyond what was expected. And, of course, given the digital age we are in, it takes a virtual avatar and has the potential to interfere in class, outside it or at social events.

Then again, there are specific segments that are more vulnerable than others. While women and people who are non-conforming of gender stereotypes are generally targeted more than others, those with disabilities, academically-weaker students or those who are research scholars with assigned mentors or supervisors are more prone to have had challenges as power is unilateral accentuated further by the intersectionality’s of other forms of social inequality like class, caste, region, religion, disability, sexual orientation etc.

Therefore, creating safe and respectful environments for students requires concerted effort at all levels and is not an isolated annual exercise. It has to happen in sensitive, self-correcting, continuous and sustainable ways.

While the PoSH law itself is the guidance on this, creating a greater awareness of what constitutes bullying, harassment and unwanted sexual attention and behaviour is vital to build that environment. Administrators and management must own the critical task of clearly articulating and communicating policies with consistent messaging on acceptable behaviours, norms on substance use and empower all students with information on reporting channels and the support available for anyone who might want guidance or counsel on matters of this nature. Students must be made to understand the seriousness of the subject and the concept of active consent in intimate relationships. They must also be encouraged to build the capacity and confidence to exercise active consent and to report or seek help where required.