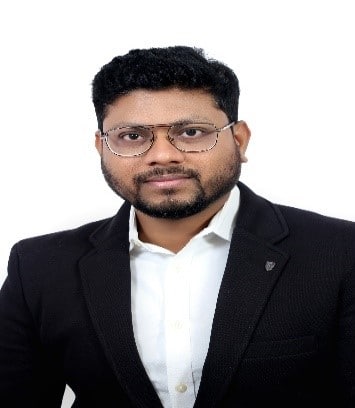 The very widely discussed issue all over the world is the inclination of human values. Human values[2] are meant to represent a secular morality. Today, religious environmentalism[3] is fast becoming a growing academic discipline with concerns on how to manage the human environment and save humanity for the future generations since it is a very relevant subject of today’s environment of intolerance, conflicts, violence and stress. When we wake up in the morning, whether we watch news on television, listen to the radio or read the newspaper, we are face up with the news of tragedy, crime, wars, violence, murder, misdeed etc. We hardly recall a single day without any awful happening somewhere or the other. That makes one thing obvious that one’s precious life is not safe and secure. No other generation has had to experience so much dreadful news as we encounter today. The present century belongs to the advancement in the field of science and technology, is it not ironic that more serious problems are originating from the more advanced societies? We can only say that there must be something seriously wrong with our progress and development, and if we fail to check it in time there could be catastrophic consequences for the future of human race.

Today, the world is becoming smaller and more interdependent because of rapid technological advances, international trade as well as increasing trans-national relations, i.e., we now depend extremely on each other. In ancient times problems were mostly petite, and they were dealt with at the local level, but now the situation has drastically changed. Of the many issues we face today, some are natural and must be accepted; others are manmade, however can be rectified. Such types of problems arise from the conflict of ideologies, inhumanity, selfishness, political clash or religious discrepancy. It must be noted here that religion provides humankind with a sense of sacred. Secondly, it gives human life a meaning both here on earth and in metaphysical sense. Thirdly, it provides us with a sense of certainty. This is true not only of developed religions such as Hinduism, Buddhism, Christianity and Islam but also of primitive tribal religions.[4] Another major hurdle on man’s way to spiritual progress is his attachment to worldly objects, his lust for sensual pleasures[5], when people are motivated mostly by greed and jealousy, when people fight each other for petite things, losing sight of the basic human values that binds us all together as a single human family. It is not possible for them to live in harmony.

The global population is increasing, and our resources are being rapidly depleted. Look at the trees, for example. We are facing problems because people are concentrating only on their short-term, selfish interests, not thinking of the entire human family. They are not thinking of the earth and the long-term effects on universal life as a whole. People identify themselves with limited characteristics such as gender, race, religion, and nationality, forgetting their basic identity as part of the universal spirit. These limited identifications lead to conflict on a personal level and globally. Most of our troubles are due to our passionate desire for and attachment to things that we misapprehend as enduring entities. This desire and attachment involves the use of aggression and competitiveness that easily translate into actions, breeding belligerence. Such processes have been going on in the human mind since time immemorial, but their execution has become more effective under modern conditions. What can we do to control and regulate these poisons-delusion, greed, and aggression? This is a wake-up call for us as it is the zero-hour for a return to the human values of love, justice, compassion, tolerance, patience, mutual respect, etc.

About a hundred years ago, a man looked at the morning newspaper and to his surprise and horror, read his name in the obituary column. The newspapers had reported his death by mistake. His first response was shock. Am I here or there? When he regained his composure, his next thought was to find out what people had said about him. The obituary read, ‘Dynamite King Dies’, and, ‘He was the merchant of death’. This man was the inventor of dynamite and when he read the words ‘merchant of death’, he asked himself, ‘Is this now I am going to be remembered?’ He decided that this was not the way he wanted to be remembered. From that day on, he started working towards peace. He, the Dynamite King, was Alfred Nobel and he is remembered today by the great Nobel Prizes.[6]

Broadly speaking there are two types of happiness and suffering, mental and physical, and of the two, I believe that mental suffering and happiness are the more acute. Hence, we stress the training of the mind to endure suffering and attain a more lasting state of happiness.

To be born a human being is a rare event in itself, and it is wise to use this opportunity as effectively and skillfully as possible since human being has been blessed with human values. To achieve world peace, prosperity and happiness I feel it is necessary to develop a sense of universal brotherhood, responsibility, a deep concern for all irrespective of creed, colour, sex, or nationality. The premise behind this idea of universal responsibility is the simple fact that, in general terms, all others’ desires are the same as mine. Every being wants happiness and does not want suffering. If we, as intelligent human beings, do not accept this fact, there will be more and more suffering on this earth. If we adopt a self-centered approach to life and constantly try to use others for our own self-interest, we may gain temporary benefits, but in the long run we will not succeed in achieving even personal happiness, and world peace will be completely out of the question. One nation’s problems can no longer be satisfactorily solved by itself alone; too much depends on the interest, attitude, and cooperation of other nations.

A universal humanitarian approach along with love and compassion[9] to world problems seems the only sound basis for world peace. This type of compassion is what we must strive to cultivate in ourselves. Along with the proper identification of our nature, we need to return to the human values that are the essence of all major religions. Human values are social and ethical norms common to all cultures and societies as well as religions. The value-systems which form the bed-rock of ethics though differ from religion to religion they not only don’t conflict to each other but, to the contrary, complement and supplement each other. For example, Hinduism stresses non-violence as a value while Buddhism emphasizes compassion, Christianity lays stress on love and Islam brings justice, egalitarianism and brotherhood of mankind into focus. Now it can be seen that all these values compliment and supplement each other.[10] Islam is an ethical religion. All its laws and injunctions are based on the most equitable and solid moral foundation.[11]  The ethical character of the Qur’an is shown by the following passages of the Qur’an, ‘And be good to the parents and to the near of kin and the orphans and the needy and the neighbor , and the companion in a journey and the wayfarer and the slave-maids in your possession.’[12] The whole of Qur’an is full of such injunctions. Kindness to parents, kindred,[13] etc., forgiveness to those who err,[14] peity,[15] equity, just dealing,[16] compassion,[17] true nobility, modesty, etc. Some one asked the Prophet, ‘What is religion?’ ‘Good character’ was the reply.[18]

Slightly related but deeply rooted concept in Hinduism is Paropkar, it means nothing but helping others without expecting anything in return by them. परोपकारं वहन्ति नद्या , परोपकारं दुहन्ति गाया | परोपकारं फलन्ति वृक्ष, परोपकारं इदं शरीरं || ‘Rivers flow for Paropkar, Cows give milk for Paropkar, Trees bear fruits for Paropkar, similarly this body is also meant for Paropkar’. CHRISTIANITY’s emphasis is on and belief in the equality of all human beings, tolerance, love, and brotherhood. As it teaches ‘Love your enemies, bless them that curse you, do good to them that hate you, and pray for them which despise you and persecute you.’ [19]  SHIKISHM regards all men as equals is religious. ‘Those who have loved are those that have found God’.[20] BUDHISM ‘Filled your mind with compassion’.[21] The whole purpose of religion is to facilitate love and compassion, patience, tolerance, humility, forgiveness.[22]JAINISM the principle of ahiṃsā (nonviolence) is the most fundamental and well-known aspect of Jainism. ‘All breathing, existing, living, sentient creatures should not be slain, nor treated with violence, nor abused, nor driven away.’[23]

We must remember that the different religions, ideologies, and political systems of the world are meant for human beings to achieve happiness. We must not lose sight of this fundamental goal and at no time should we place means above ends; the supremacy of humanity over matter and ideology must always be maintained. No Person was ever honored for what he received. Honor has been the reward for what he gave.[24]

We wish to be seen as allies in attaining goals that are common to all humanity i.e., love, justice, world peace, compassion, tolerance, mutual respect, social justice, ecological sanity. All the above observations can make us to arrive at taking a bird’s eye-view at the society through the human values which has universal applicability all the times. Morality and virtue are more precious than gems. Let us, for example, consider the virtue of Tolerance. A minute’s tolerance would, sometimes, save life as well as property. If angry passions of a man cause a quarrel, and the other man is not tolerant, matters may become so serious as to cause loss of property and even of life. If he, on the contrary, kept silence, observed restraint or expressed regret, the other man might be calmed and the whole matter decided satisfactorily.[25] At present, we are so interdependent and so closely interconnected with each other, that without a feeling of compassion, tolerance, justice, love, mutual understanding, universal brotherhood, a sense of responsibility, understanding and belief that we really are part of one big human family, we cannot hope to overcome the present dangers.

[2] Human values are closely integrated with human life. They are intertwined with our day to day chores. No human life is possible without values. Every human being lives by certain values. It is only the proportion and combination of negative and positive values which separates a noble human being from a not so noble human being. The positive values are Honesty, Compassion, Integrity, Forgiveness, Love, Knowledge, Discipline, Faith, and Leadership. The negative values like prejudice, hatred, greed, selfishness, and others need not be discussed here.

[3] Religion and environmentalism is an emerging interdisciplinary subfield in the academic disciplines of the sociology of religion, religious studies and theology.

[8] This is a Quote of Theodore Roosevelt.

[24] Famous quote of John Calvin Coolidge Jr. He was the 30th president of the United States