While reflecting on the words of my teacher and previous Imam of Chamakkal, Shiekh Abdullah Musliyar, who was a mureed in Shadliyya Tareeqa (a famous Sufi order), that if you remember Sheikh Abdul Qadir Jeelani, you should remember Imam Shaduli as eternal devotion of the teacher towards Imam Shaduli (R). 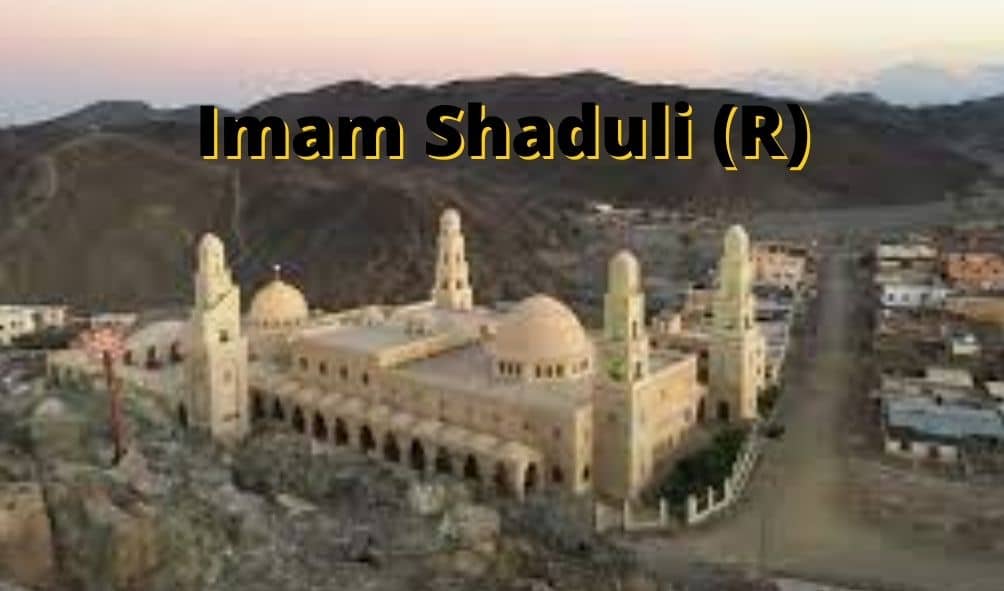 Imam Shaduli (R), a prominent Sufi saint, has been well known among the Keralite Muslims. The acceptability of his tareeqa, known as al-Shadliyya, and its Halqas (Sufi meditations or prayer meetings) are predominant over all other Tareeqas except Quadiriyya. The Sufi order of the Shadliyya accelerated along with the Quadiriyya due to the engagement of the most Islamic scholars with these two tareeqas.

The real name of Imam Shaduli (R) was Ali. His father was Abdullah and grandfather, Abdul Jabbar. He was descendant of Prophet Muhammad- peace be upon him – and grandson of Hasan bin Ali (R). He was born in 591 or 593 Hijra in Gumarra, a small village in Morocco which is an African country.

The history denotes that the acceptance of this tariqa by the Arakkal Dinasty had influenced the people to embrace Shadliyya Tareeqa. Till date, Zaviyas and endowment properties in Kannur and its native places witness this.

Shadliyya is one of the most popular Sufi Tareeqas all over the world. It is known as the tareeqa (spiritual path) of scholars mainly due to two reasons: One, Imam Shaduli’s (R) austerity in accepting the followers only from among those who held steadfast to the etymology of the Sharia to get admittance to the Tareeqa. Two, some of the most eminent scholars of the Islamic world have been serving as spokesmen for it, even since the period of Imam Shaduli (R).

As an evidence, we can make a long list of prominent Shaduli scholars and ulama who adhered to the Shadliyya Sufi order. Furthermore, we know from several studies that it is the Tareeqa which has many branches: Madaniyya, Fasiyya, Bakariyya, Sarookiyya, Jazooliyya, Darkaviyya. These are only some of them. The silsila (chain) of all this reaches to the Shadliyya. The Alaviyya tareeqa of Halrami Sadaat is one of its branches which have a structure and form of independent series.

Unlike other tareeqas, this is one which has stable daily enchantments and routines according to the changes in silsila. Stable daily routines means that the mureed (follower) who has entered into the tareeqa should feel impelled to practice some azkar daily in his entire life. Regular daily routine in Shadliyya includes 100 Isthigfar, 100 Salawaat and 100 Tahleel.

Imam Shaduli’s knowledge was not just confined to tareeqa but he was also well versed in Shari’a. He followed the jurisprudence of the Maliki school. Auliya and Arifs said about him that his position among successors was like Junaid Baghdadi among ancestors. He passed away in 656 Hijra in Humaisara which is one the border places of Egypt while he was on the Hajj pilgrimage.

In our state, Kerala, there were many prominent personalities who were devoted to Imam Shaduli (R). For instance, Shiekh Athipatta Usthad who passed away recently was one of them. Abdul Bari Faizy, a native of Thalipparambu, is an eminent scholar who is known as “Khaleefa of Shaduliyya”.

No all people have permission to conduct the Shaduly Halaqas. Only those who have got admittence in Shaduly Tareeqa get the consent to conduct Halaqas and the way to get into the tareeqa is entirely different. When it comes to the Keralite way of the Shadliyya, it will be incomplete without mentioning Vadakara Mammadaji Thangal who is known as Cheruvannur Auliya. He gave a new lease of life to Shaduly Halaqas in this era.

How to Prevent Sexual Harassment in Educational Institutions?