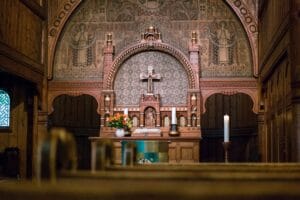 Federation of Telugu Churches (FTC) has written a letter to Telangana’s Chief Minister, K Chandrasekhar Rao, about permission to build a church, temple and mosque side by side at the state’s new Secretariat building.

The letter includes Federation of Telugu Churches (FTC) Executive Secretary Anthoniraj Thumma and B. Danam has asked the government to pay urgent attention to demolishing the secretariat land outside of the Church building. Alternatively, permission should be granted to build a church, temple, and mosque in Telangana’s new secretariat complex. This urgent appeal on behalf of Catholic, CSI, Methodist and Lutheran Churches and other Christian communities was made by the FTC, the apex body consisting of Archbishops and Bishops of Churches across the Twin Telegu province.

Federation of Telugu Churches (FTC) has told the Telangana government that it has always stood together for the common good and intends to extend the goodwill to the general public by this special permission. The piece of land that already acts as a Church will henceforth be used in the public interest by other groups.

In the letter, the Committee noted that this proposal has been “long pending with the Government for land allocation in the Secretariat,” and it is the best time to finalize the decision. This also stressed that “this move would go a long way to prove the secular credentials of the state government in these times of increasing incidents of communal disharmony.”