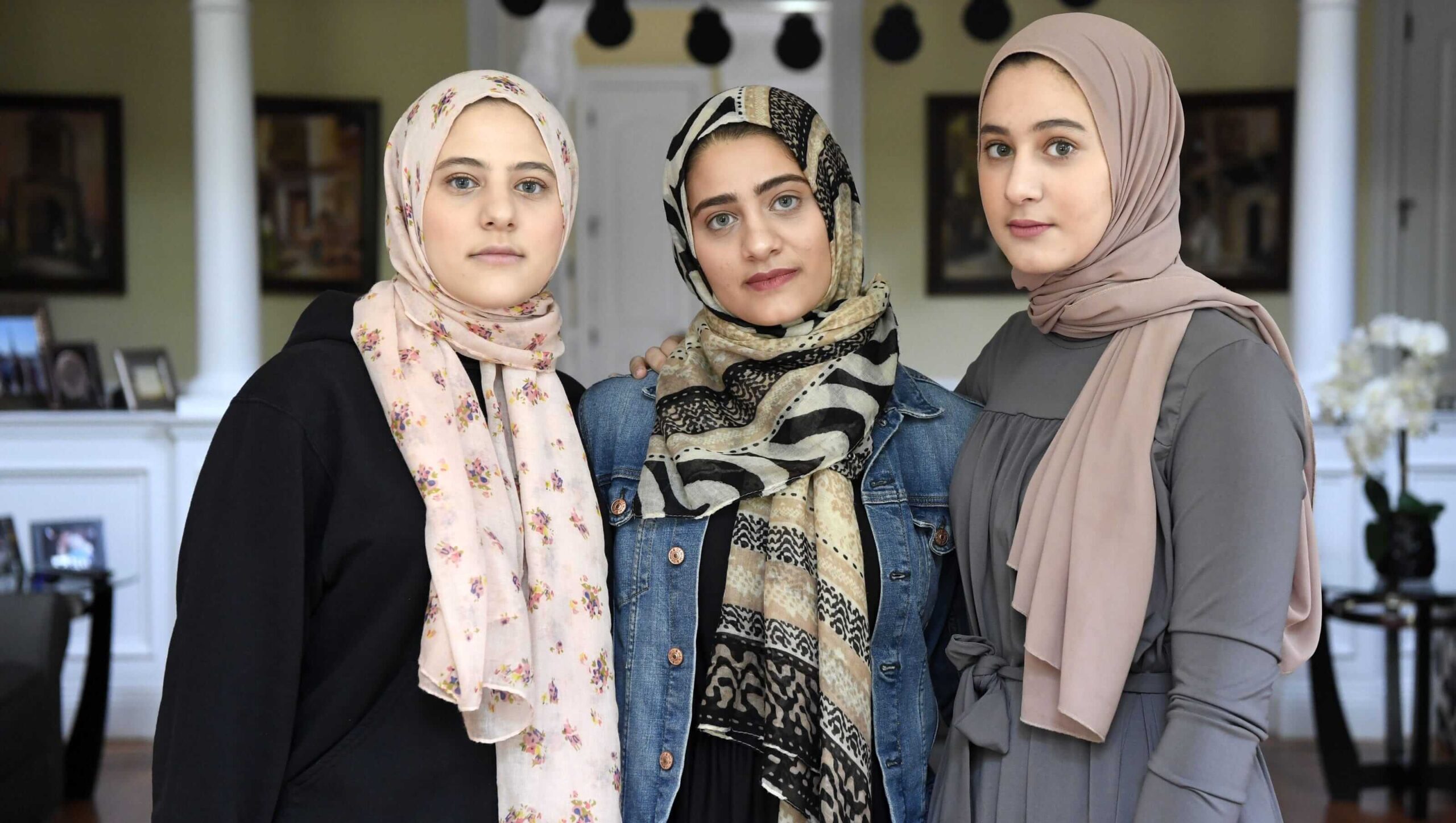 he Status of Muslim women in India needs lot of attention. Special welfare schemes and reservations in political, educational and employment opportunities are the need of the hour to encourage women to empower themselves. As most of the Muslim women in India are not well aware of their rights and schemes available for them, a decentralised awareness programme is much necessary. While the governmental mechanisms are a pre-requisite for empowerment and upliftment of marginalised sections of society, particularly women.

But at the community level, the role of religious and welfare organisation is required for promotion and inculcation of the true meaning of the empowerment and development. Especially, there is a greater need within Muslim community to balance between religious and modern education so that its women population is capable enough to secure a brighter future for themselves so that they can contribute in community welfare and development. At the same time, it needs to be stressed that Indian Muslim women need to understand their value, place and responsibility and to equip themselves according to changing circumstances at the same time asserting their Muslimness.

Whenever Muslim women are framed in debates of empowerment, the generalizations are drawn that wholly and solely religion orients them to adopt the social roles inducing submissive behaviors, instead of the discriminatory social apparatuses and defective governmental policies. It is often maintained that Women due to their religion are reluctant towards newer social changes and modernization processes. However, wearing community identity markers does not signify an individual’s unwillingness to adapt to new social changes. Rather economic and social backwardness of the community shapes the behavior of individuals, particularly women. The Muslim community in India has faced the developmental and institutional neglect which has left women at the receiving end and worst off in terms of education and employment. It would not be an exaggeration to say that the entire women section of the Muslim community grapples with these problems, particularly the rural ones. In fact, such problems are cross-sectional, marginalization needs to be inculcated and promoted so that such women become articulate about their choices and needs.

The question of religion Islam, in the determination of Muslim women’s empowerment is not independent of influences. In a cultural complex society, India, religion couldn’t be solely held responsible. Does the religion truly set the margin for Muslim women for persuasion of educational carriers in religious studies only? Let’s elaborate on this question in the Indian context by analyzing the history. As numerous studies have shown that the reservation schemes instituted by government have not transformed the condition of the Muslim minority in comparison to other marginalized section. The reason being the faulty reservation system, as the Muslims have always been considered as a homogeneous society while neglecting the divisions and sub-divisions based on economic and social status and in fact on caste bases. That leads us to the fact that the religion has the least to do with the continuing illiteracy among the Muslims particularly women. In fact, Islam encourages both men and women to educate themselves so that they become active contributors to the development of the civilization. 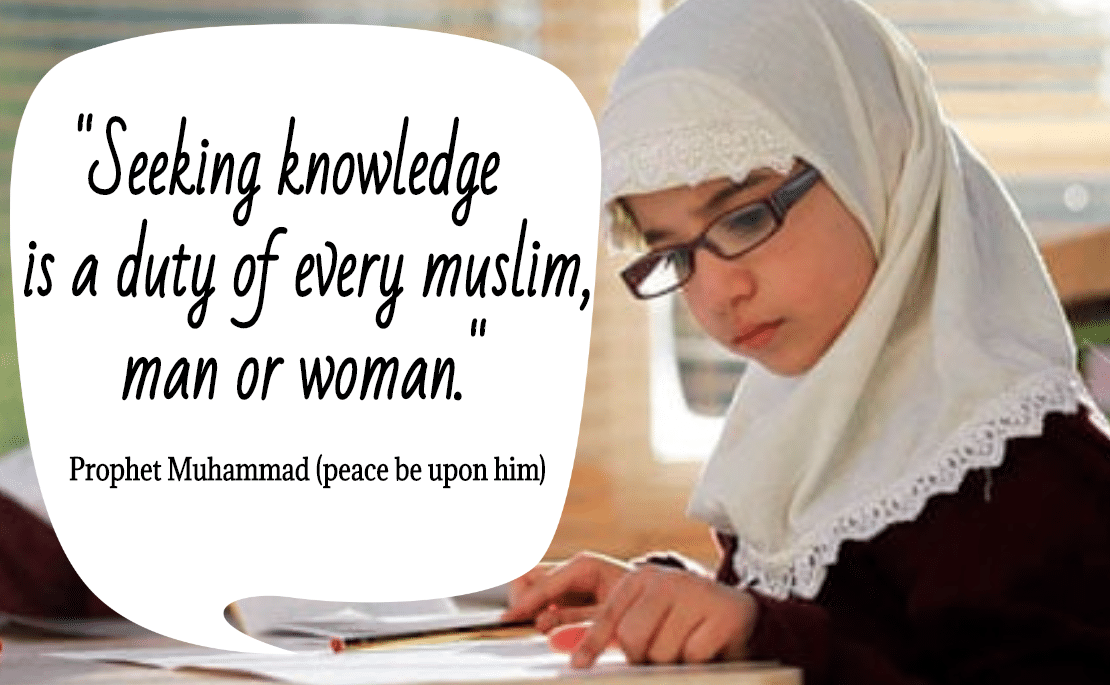 Islam puts greater emphasis on seeking of knowledge and education, because it is through education one realizes the true meaning of his/her creation. The Quran in several verses praises knowledgeable people, encourages inventive and innovative thinking and research and at the same time deprecates unoriginal and imitative knowledge. Islam does not discriminate between men and women when it comes to knowledge seeking, in fact, there is more emphasis on women education because the mother is considered to be the first school for the child. That means it a religious duty to educate a girl child.

That brings us to the point that the social rigidities and cultural conservatism were not inducted into Indian Muslims by the religion but from historical experience and shared civilizational past. For instance, Muslim communities in Bihar & Eastern Uttar Pradesh and Moplah Muslim community in Kerala have adopted a highly criticized Hindu dowry system. Hence blaming a religion simply for conservatism and restricting its women adherents for backwardness is a poor reading and understanding of the texts and commandments.

As there is no escape from the fact that Muslim women lag behind in attaining literacy equaling to other religious communities, reason being the economic destitute and community’s socio-cultural marginalization. A high-level committee chaired by Dr. Gopal Singh constituted in 1980 by the Indian Government’s Ministry of Home Affairs observed that Muslims are most undeveloped and marginalized. Another report by the 2005 Prime Minister’s High-Level Committee chaired by Justice Rajendra Sachar found that the Muslim community’s condition worsened than earlier. A similar report was also presented by Justice Ranganath Mishra who chaired the National Commission on Linguistic and Religious Minorities set up by Ministry of Social Justice and empowerment, Government of India in 2005. The poor economic conditions of women deprive them of any say and also of educational and employment opportunities. According to data near about 48.11 per cent women of the Indian Muslim community are illiterate which is highest amongst the religious communities. Furthermore, in comparison to urban women, the rural are the worst off- here the majority of the women either never entre the school or leave their studies in between either before the primary stage of at the higher secondary stage. Studies further reveal that the percentage of Muslim students in higher education is the lowest and Muslim women students are nearly invisible.

Islam and Blasphemy: Who gains most from the ensuing violence? Food for thought!