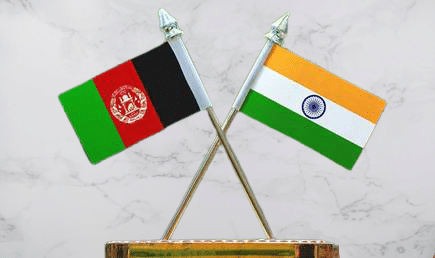 Addressing this event, Akhtarul Wasey, Prof Emeritus in Islamic Studies said: “The Talibani thoughts have turned the global Buddhist populations against Islam. Even Mahmood Ghaznawi couldn’t harm Islam the way Talibanis did [destruction of the Bamiyan Buddha]. This resulted into an ideological conflict between Muslims and Buddhists across the world. The problems Muslims are facing today in Shri Lanka and Myanmar have started only after the Talibani war against the Buddhist heritage”.

Prof Wasey added: I have closely observed the situations in Afghanistan by myself. Despite the fact that Afghans are enduring lots of hardships, their courage and perseverance are unmatched. We’re indebted to Afghans because Islam came to India through Afghanistan. Reshmi Rumal Tehrik was centred in the same country and the first free government of India was run from Kabul in 1915 in which Raja Pratap, Maulana Barkatullah and Ubaidullah Sindhi were there.” Prof. Wasey also mentioned Darul Uloom’s contributions towards the movement of Reshmi Rumal.

Ajmal Alamzai, cultural attaché at the Embassy of Afghanistan in New Delhi, said: “If peace and security are established in Afghanistan, it will help the peacekeeping processes in the entire South Asian region”. He also traced the historic relations between India and Afghanistan.

Sirajuddin Quraishi, President of India Islamic Cultural Centre (IICC) introduced the objectives of the event and dwelt on the efforts being made by India towards peace-building in Afghanistan such as the New Parliament in Kabul built by India just opposite to the Darul Aman which used to be seat of power for many years.

Maulana Muhammad Rahmani explained how the Indo-Afghan relations were strengthened in the past through the literary interactions and religious exchanges between the disciples of Miyan Nazeer Hussain Muhaddith Dehlvi in India and Afghanistan.

Dr. Hafizur Rahman, President of Sufi Peace Foundation, averred that the Indo-Afghan relations resemble the ‘links between body and heart’ which date back from the ancient times of Mohenjo Daro and Harappa. He particularly discussed the role and perspective of three eminent Sufi peacemakers from Afghanistan, the then Persia: Mevlana Jalaluddin Rumi Balkhi, Shams Tabrizi and Khan Abdul Ghaffar Khan—popularly known as the “Muslim Ghandi”.