An important meeting of the National Working Committee of the Jamiat Ulama-i-Hind was today held at the JUH headquarters here which unanimously elected Maulana Mahmood Madani as the permanent president of the organization for the next term. The meeting presided over by the incumbent president Maulana Mahmood Madani, also deliberated upon a wide range of national and international issues including the farmer’s movement and the developing situation in Afghanistan.

In his presidential remarks, Maulana Mahmood Madani said: “it is the beauty and strength of democracy that everyone has the right to protest in order to address their demands and issues by the government of the day.  The farmers also have the fundamental and constitutional rights to launch protest movements to fulfill their demands. However, what we are witnessing is that the current government instead of addressing their demands is trying to crush the movement, Jamiat chief   underlined that even the Supreme Court in its judgment has recognized that it is a fundamental right of farmers to organize peaceful protest and we all have a responsibility to protect it. After deliberating upon all aspects of the farmers’ movement, the working committee said it will continue to support the protest.

The Working Committee took stock of the efforts in the direction of reforming society saying it gives due importance to this task.  The meeting approved the guiding principle drafted by the Jamait’s Islah-e-Muashra committee.  For launching a meaningful and purposeful reform movement, it suggested bringing influential people in the movement.  It underlined that the Jamiat has been running the reform movement since 1922. And  particularly in the year 1991, the then President of Jamiat Ulama-i-Hind, late  Maulana Syed As’ad Madani had turned  it into a movement and  he traveled from village to village on bullock carts and worked for the betterment of the society.  Taking a cue from this, many such movements were launched in the country.  After discussing all the aspects and keeping in mind the contemporary situation, the Jamiat has decided to launch a well-organized movement which can be result-oriented and deal with issues concerning the community.

The Working Committee expressed the hope that the new masters of the country ‘Taliban’, who freed the country from the foreign intervention and presence of foreign powers after the decades long of struggle and huge sacrifices, would respect the human rights of people in the light of Islamic values and the Prophet’s traditions and would do justice with all sections of the Afghan society and treat them fairly and graciously. It also hoped that the new rulers would establish good relations with all countries in the region, especially with India which has centuries-old cultural and civilization relations and they would not allow using their soil against any country. 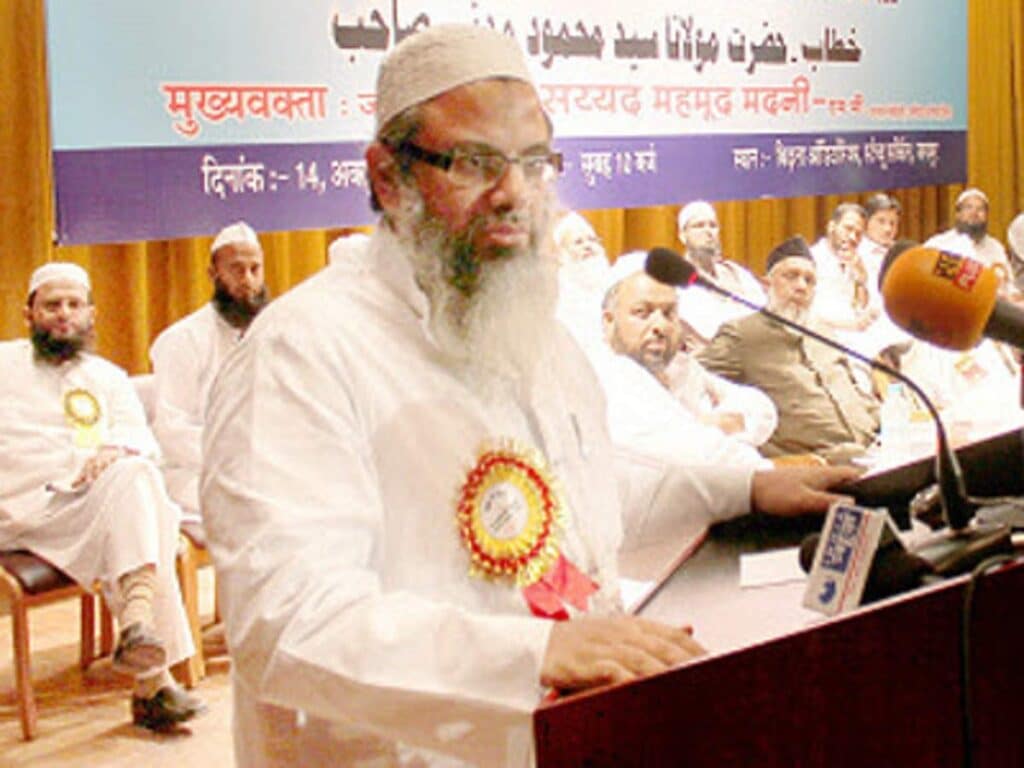 It reminded me that India has played a very important role in making the new Afghanistan, as evidenced by the modern building of the Afghan Parliament, development projects across the country and national highways. In this context, it would be in the interest of both the countries to make serious efforts in keeping bilateral ties intact. It would also provide relief to the Afghan people who have been living in the shadow of civil war for the last forty years; they can breathe now in free air and would remain safe from all kinds of external threats.