e have not yet been able to properly convey the Qur’an as it is. What could be more ironical than transforming a completely peaceful struggle against selfish impulses of one’s Nafs (Jihad Bil Nafs) into a concept of wanton killing (Jihad Bil Saif)? 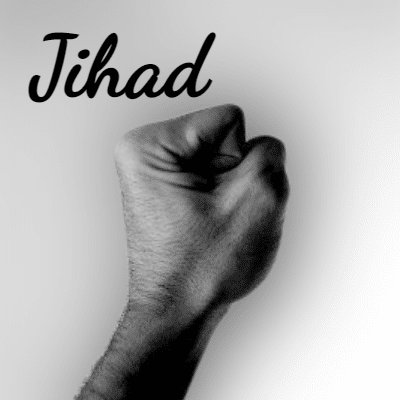 The Qur’anic term for the self-defensive wars fought during the Prophetic era is ‘Qital’, not Jihad. But misrepresentations and deliberate manipulations of the Qur’anic meanings have collaborated to develop an image of jihad that is completely alien to its Qur’anic origin and spirit.

The usage and connotations of the word ‘Jihad’ in the holy Qur’an evidently prove that jihad is one’s peaceful struggle against all manifestations of evil, starting with one’s self, ego, baser instincts and carnal desires to fighting physically against the enemies of the State.

Completely against its association with violence and extremism, the Qur’anic jihad is intended to be a source of establishing peace and justice within one’s self and in the world at large. The generic sense of Jihad in the Qur’an is striving hard for a noble cause, as it says:

“We will surely guide in Our ways those who strive hard (Jahadu) for Our cause, God is surely with the righteous” (29:69).

Some Ulema, however, hold that the Qur’anic term of Qital (defensive war) is an exceptional form of jihad, but it is bound by strict conditions and pre-requisites unfulfilled in the present era. In any case, Jihad al-Nafs (struggle against one’s self) is the greater Jihad without any dispute about it among any schools of Islamic thought.

But despite the theological consensus over this connotation of Jihad bil-Nafs, there have emerged a few self-proclaimed Islamic scholars who brazenly disregard it and openly state that even the doctrine of Jihad bil-Nafs is meant for war against non-Muslims. Take, for instance, a book titled “Aab-e-Hayat” authored by some Muhammad Siddique Ahmad Lembiliya. His deliberate and brazen distortion of the beautiful and peaceful Islamic doctrine, Jihad al-Nafs is shocking. In his clearly untenable explanation to Jihad al-Nafs, he writes: “Jihad bil-Nafs is meant for sacrificing one’s life for the sake of dominance of the Deen (religion). It means that you plunge into war against the infidels with your own wish and desire (Nafs). Thus, you have to lay down yourself in the battle fighting for the truth and against the falsehood.”

He further writes elaborating his virulent proposition: “Jihad bil-Nafs is an Arabic word carrying the preposition “ba” (ب). From this, it is clear that Jihad bil-Nafs is just like Jihad with a weapon. When the Arabic preposition “ba” (ب) is used with any kind of weapon or means of destruction, it implies that a Mujahid has to get armed with the weapons and plunge into the battle against the infidels. Similarly, Jihad al-Nafs requires from the Mujahid that he puts his own life (Nafs) at stake fighting against the infidels.” 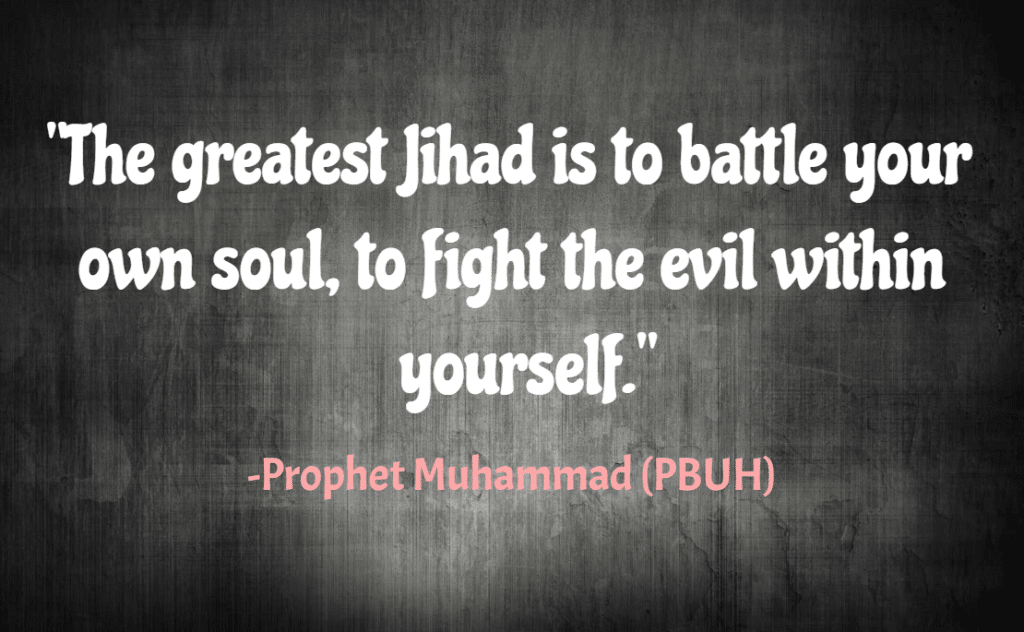 In his nefarious aim to distort the Islamic notion of Jihad bil-Nafs, the author has not spared even the highly revered companions of the Prophet Muhammad (peace be upon him) and the “Salaf-e-Saleheen”, the pious predecessors of Islam. He falsely accuses them of endorsing his weird view on jihad bil-Nafs. For instance, he quoted Hazrat Abdullah Bin Mubarak (r.a), an early Islamic mystic as well as an eminent scholar of Hadith, who recorded a Prophetic saying in his book that reads like this:

“A Mujahid is one who fights against himself by himself”.

The way the above author explains this Hadith reported by Hazrat Abdullah Bin Mubarak (r.a) clearly reveals his design to disrepute the pious name of an undisputed authority in the science of Hadith (particularly in transmitting the Prophetic traditions), popularly known as Amir al-Mu’minin fi al-Hadith. The author accused him of believing the Jihad al-Nafs to be an undying war against the non-Muslims. One who has even the nodding knowledge about Ibn Mubarak’s views and noble attitude towards non-Muslims will not accept this folly at all.

How could Hazrat Abdullah Ibn Mubarak (r.a) harbour such a hardcore corner in his heart for non-Muslims, while he remained graciously kind to them throughout his life? His neighbour was a Jew whom he would always feed before feeding his own children and would provide clothing for him first and then for his children. Once, some people asked the Jew to sell out his house. He answered, “My house is for two thousand dinars. One thousand is for the price of the house and one thousand for having Abdullah Ibn Mubarak as a neighbour” (La Tahzan, Aaidh Al-Quarni, Page: 123). This beautiful incident is sufficient to infer whether which kind of Jihad al-Nafs Hazrat Abdullah Ibn Mubarak believed in — fighting against his own self and doing good or evil to others in the name of jihad al-Nafs!!!!

Hazrat Abdullah Ibn Mubarak was one of the pioneers of Islamic mysticism or Sufism. All Sufis had the conviction that the greater Jihad is cleansing heart and purging the soul (Nafs) of baser instincts and selfish temptations. They believed that any mindless act of violence or mass killing in the name of Jihad will lead to Hellfire. One cannot attain the status of the real Mujahid without struggling or fighting his Nafs (ego). This is precisely what the Sufis of all Islamic ages believed and preached.

But the present-day Jihadists and their ideologues accuse the Sufis of inventing the concept of Jihad al-Nafs or greater Jihad. They propagate that Sufis introduced this internal Jihad to escape their religious duty to wage the real external Jihad, that is, in their view, going all out to kill the infidels wherever they are found. The author of the book “Aab-e-Hayat” writes indoctrinating his readers into the same belief: “As a matter of fact, the Sufi monastery system has been introduced in Islam with a soul aim to root out the real Jihad. That is why much of the focus has been shifted to Tasawwuf (Sufism) in the educational curriculum of our country. Militant Qur’anic texts are being excluded from the syllabus point by point and verse by verse so that the new generation of Muslims who arose out of their slumber in the Afghan Jihad may again go down and out intoxicated with Sufism.”

This is an instance of how the self-styled Jihadist scholars and radical zealots are beginning to deny the established Islamic doctrine of greater Jihad blaming the Sufis for preaching it as a campaign against the rampant murderous Jihadism. They have now started to totally deny it to the extent of declaring all the Prophetic traditions (Hadees) in its favour as Maudu (fabricated) or Daeef (technically weak). Not only this, they are also rejecting or misinterpreting the Qur’anic texts establishing the beautiful concept of jihad al-nafs, while the holy Qur’an has exhorted this spiritual Islamic Jihad against one’s negative ego in various places. Some of them are as the following:

“By the Nafs and the proportion and order given to it, and its inspiration as to its wrong and its right; Truly he succeeds who purifies it, and he fails that corrupts it” (91:7-10).

Praising the Mujahid who fights the passions of his ego, the holy Qur’an speaks: “But as for him who feared to stand before his Lord and restrained his soul from lust, Lo! The garden will be his home” (79:40-41)

There are many more verses enjoining Jihad al-Nafs in the holy Quran, besides the above. Since all of them were revealed in Makkah, none of them can be taken as a command for military Jihad or Qital (defensive Islamic war), because there was no such permission until the Medinite period. Clearly, all of them call for fighting the temptations of Nafs, which is actually the greater Islamic jihad.

Ghulam Rasool Dehlvi is a classical Islamic scholar with a Sufi background. He has graduated from a leading Islamic seminary of India, Jamia Amjadia Rizvia (Mau, U.P.), acquired Diploma in Qur’anic Arabic from Al-Jamiat ul Islamia, Faizabad, U.P., and Certificate in Uloom ul Hadith from Al-Azhar Institute of Islamic Studies, Badaun, U.P. He has also graduated in Arabic (Hons.) and pursued his M. A. in Comparative Religion from Jamia Millia Islamia, New Delhi. 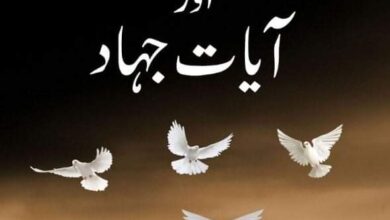