Ayesha Aziz, 25 years old, who grew up in Mumbai, has been aspiring to become a pilot since her childhood. “It wasn’t important for me to become the youngest pilot, but what makes me happy is that I have achieved my dream and the goal of my life,” she told reporters over the phone. 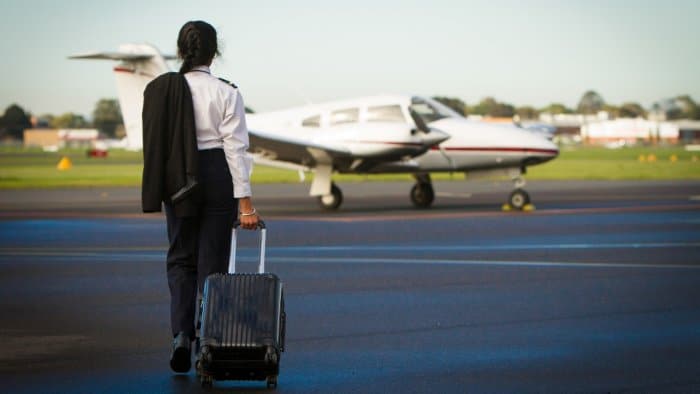 In 2011, at the age of 15, she became the youngest student pilot to be certified and, the following year, received training to fly a MiG-29 jet at Russia’s Sokol airbase. “I developed an interest in flying as I used to fly regularly from Mumbai to Kashmir and vice versa with my mother from childhood onwards. When I was in the middle, I wanted to be a pilot,” she said.

Asked how she feels about being the nation’s youngest female pilot, Ayesha Aziz said she’s happy she made her dream come true. “It is comforting that I have accomplished what I have always dreamed of,” she said.

Her message to Kashmir’s youth is to focus on their objective and “do not bother to think about what society thinks.” “There are people who will speak against you.  But, to accomplish it, one must remain concentrated on his/her goal.”

The 25-year-old pilot says that from the place where her mother belongs, she maintains a strong personality. “ Even when I’m in Mumbai, I’m just sipping Nun Chai (Kashmiri salt tea). I still choose food from Kashmir. I know my language (Kashmiri) and always speak it, despite spending most of my time outside Kashmir,” she said.

Ayesha Aziz wants to do humanitarian work, besides achieving her dream by becoming a pilot. “In my life, I want to support the poor and needy. I look forward to working soon with UNICEF,’ she said.

“May Allah end militancy": Ghulam Nabi Azad in his farewell speech in the Parliament

Ashraful Aulia: Impact of an Indian Saint in the Spread of Sufi Islam in Bhutan