Srinagar: New young faces are trying to create a niche for themselves in Jammu and Kashmir even as the current political leadership faces a time of crisis. Since the abrogation of Article 370 and the bifurcation of the state of Jammu and Kashmir into two Union Territories, mainstream parties are now grooming new faces to create an alternative leadership:

Ridwana Sanam, an emerging face in Kashmir’s politics, hails from south Kashmir’s Anantnag district. She had contested the 2019 parliamentary polls from Anantnag as an Independent candidate. Ridwana considers former president APJ Abdul Kalam as her role model, and says, “Instead fighting and pelting stones, the youth should focus on constructive leadership. I contested elections to make youth understand how they can join politics and fight for their own rights,”

She further said, “I am ready to guide youth who are willing to join politics. The youth, especially women, should join politics to contribute to society.”

Ridwana, who is also a social work in the field of healthcare, claimed that she is getting offers from parties in Kashmir and New Delhi to join them. “I did not join any party because there is a fear that women may be exploited in politics,” she said.

In the Peoples Democratic Party (PDP), with Mehbooba Mufti in detention, her 33-year-old daughter Iltija Mufti appears to be running the show. Iltija holds a graduate degree in political science from Delhi University and a postgraduate degree in international relations from Warwick University. To a question on her entry into politics, she said, “I will always raise issues of the common people. But I am yet to decide whether to join politics.” She has been running her mother’s Twitter account since the latter was detained, and has been slamming the Centre’s policies on Kashmir. She had also criticised the Jammu and Kashmir administration and the Centre for booking her mother’s political rival Farooq Abdullah under the Public Safety Act.

Another young emerging face in Kashmir’s politics is Sheikh Khalid Jehangir. The journalist-turned-politician joined the BJP in 2014 and became the party’s Jammu and Kashmir Affairs spokesperson. Khalid had unsuccessfully contested the Lok Sabha election from Srinagar against Farooq Abdullah last year.

Speaking to this reporter, Khalid said, “The youth can become community leaders to end dynastic politics of Kashmir. Since 1947, high-profile families brought their children into politics and became close to New Delhi. The youth were told that New Delhi is not a well wisher of Kashmiris. Now, Kashmiri youth are well-educated and realise that mainstream politics is the best way to serve the community.”

Speaking about regional leaders in detention, he said that their “ego and corrupt mind have distanced them from the people.”

Speaking about the abrogation of Article 370, Khalid said, “The government of India wanted Kashmir’s integration with the rest of the country, and they have done it. The decision has ended dynastic politics of Kashmir.”

Youth Leader in Kashmir, Tauseef Raina has emerged as a new mainstream voice in the valley. Hailing from north Kashmir, he contested urban local body elections unsuccessfully. He was one among the few people from Kashmir who met the European Union delegation that visited the Valley. 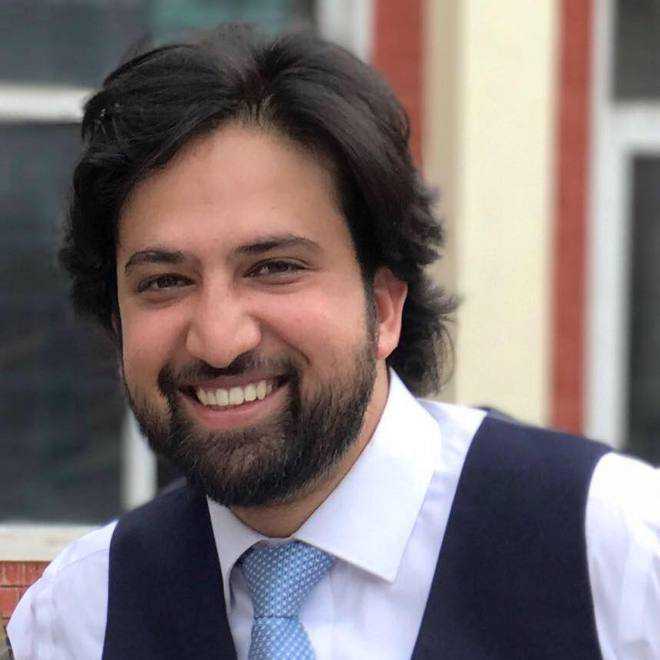 Raina said, “The exodus of Kashmiri Pandits is a blot on Kashmiriyat. Youth like me have only seen bloodshed. We were looking at mainstream parties and Hurriyat with some hope, but they failed us all. The Hurriyat carries out politics on dead bodies of Kashmiris. We are against bloodshed.”

He exhorted “sensible” youth to come forward and join politics. “I want that honest individuals should be elected to lead the people. Leaders should get their mandate from the people, not through parties that contest polls,” he said. “I joined politics after seeing the suffering of people. Our politics is based on accountability, development, peace and dialogue,” he added.

Aijaz Hussain of south Kashmir’s Pampore has risen through the ranks and has become the national vice-president of BJP’s youth wing. He is being groomed as prospective bigwig of the BJP in Kashmir. A BJP leader said,“The BJP is projecting him as a young face in Kashmir. He was a part of the BJP’s election campaign in various states, especially in Muslim-dominated areas.” While pursuing engineering from a college in Chennai, Aijaz was influenced by ABVP. When he returned to Kashmir, he started his own business and later joined BJP. Aijaz is one of the prominent youth faces of BJP who scouts for young recruits in the Valley. In July 2016, Aijaz was inducted in the BJP’s national youth team, the first Kashmiri to reach that level in the party.

Ever since the panchayat elections in Jammu and Kashmir, the Centre has been talking about strengthening grassroots politics in the new Union Territory.

In the elections, Zubair Nisar Bhat became the youngest panchayat member of Kashmir. Zubair contested elections from Harwan, Srinagar. He was a part of a delegation of panchayat members who met Union ministers post 5 August.

Bhat said, “I was affiliated with the National Conference, but the Peoples Conference is asking me to join it. I am yet to decide which party to join. I will contest for the post of chairperson of district development board.”

Bhat had earlier worked at a call centre for some time, before joining politics.

He has been strengthening his presence in Harwan and adjoining areas. He asserted, “The youth should come forward and join politics. We know the kind of politics mainstream politicians and separatists carried out in the past.”

Engineer Mehraj is another young face, who unsuccessfully contested the 2014 parliamentary elections from Srinagar Lok Sabha. “I will decide about my future course of action in February. My father Khurshid Ahmad Malik, who is a social activist, has the support of 110 Panches and Sarpanches. He may float his own party if he manages to get support of good people,” he said.

Another emerging leader is Maulvi Tariq, who has quit the BJP to join the Sajad Lone-led People’s Conference. He heads the Jammu and Kashmir Panch Sarpanch Local Bodies Association, an organisation floated to highlight the problems faced by panchayat members. (With inputs from First Post)