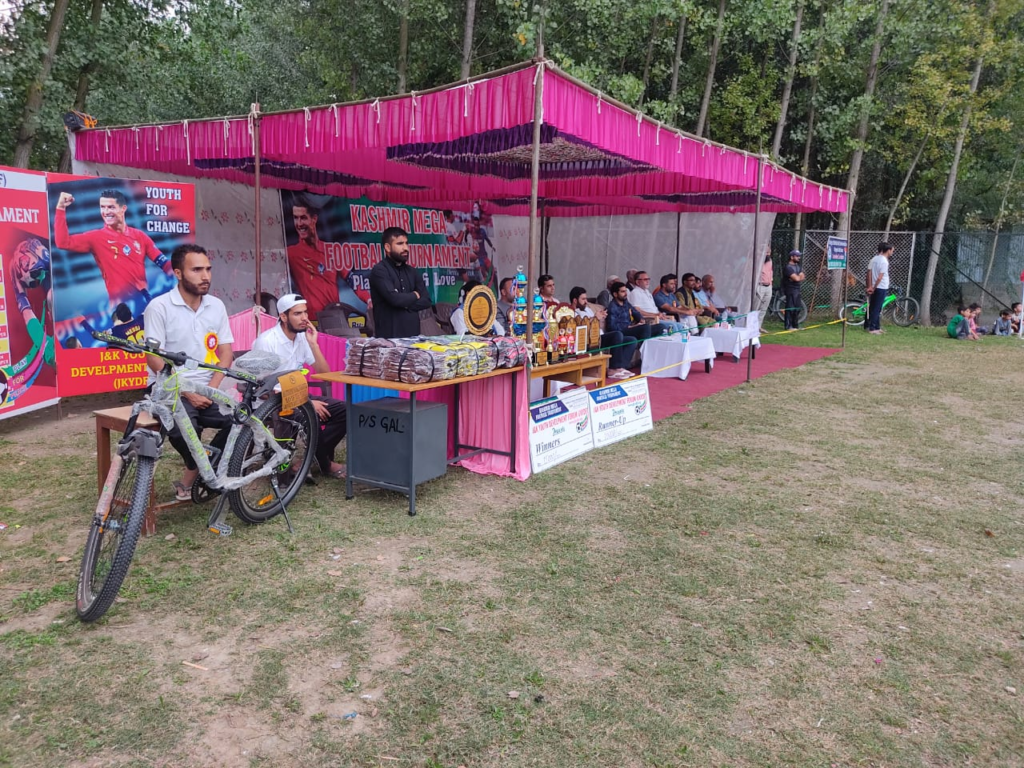 In the equally poised final match played between FC Poisons Bandipora and FC Harmukh Ganderbal, the latter beat in the penalty shoot-out by 4-3. Presentation ceremony was soon held in the ground to felicitate the participants and the guests.

Mr. Sayer Majeed, a young and dynamic KAS officer and the son of the soil attended the function as Chief Guest and distributed prizes, mementos and ther cash rewards.

The tournament was an initiative of channelizing youth energy in sports and outdoor fitness activities and is a part of the youth development programme of the J&K Youth Development Forum.

Farooq Ganderbali, Chief Parton of J&K Youth Development Forum, on the sidelines of the presentation ceremony said that their J&K Youth Development Forum which is devoted and dedicated to the overall development of youth in Jammu and Kashmir, has achieved a big milestone despite the hartals which took place in the valley after the demise of senior separatist Kashmiri leader Syed Ali Shah Geelani (1929-2021). We won against all odds in this Mega Football Fest”, says Mr. Farooq Ganderbali. He further says: 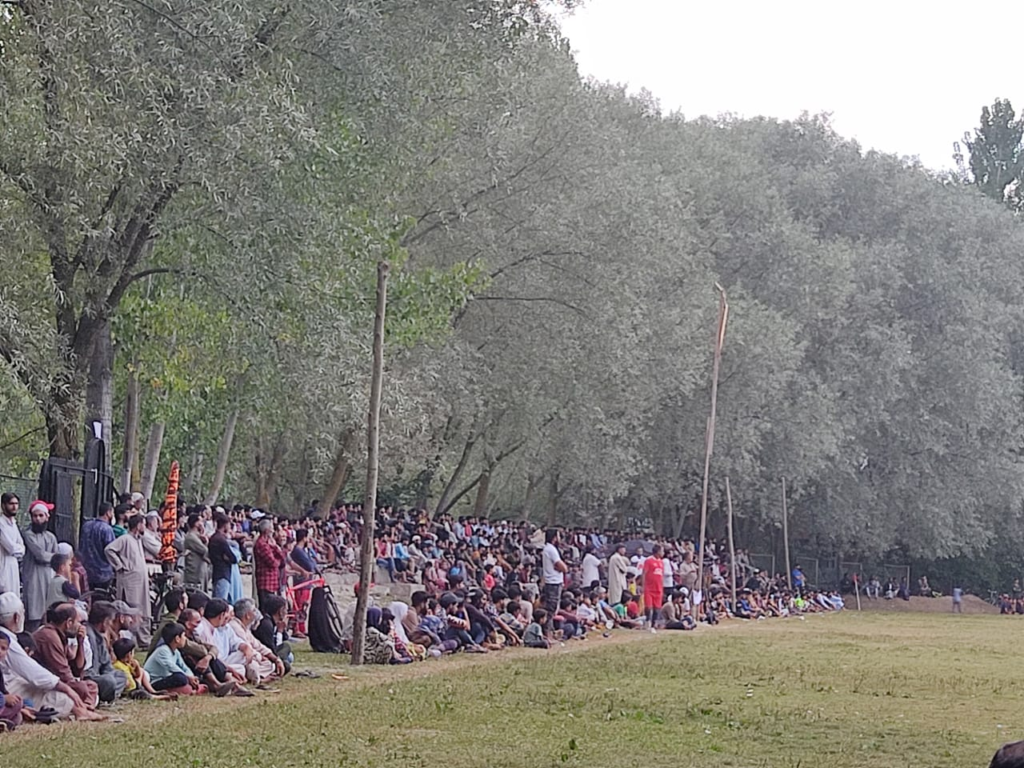 It was really very hard to organise the final amid restrictions and mobile network blockade as the situation in Kashmir was not favourable for such a huge function with spectators flocking in the stadium to watch this sensational tussle between the two favourite teams. However, he said, the JKYDF volunteers and the veteran sports promoters helped the cause and the final match followed by the presentation ceremony was held in a very pleasant environment.

Shahriyar Majeed, President JKYDF also expressed his joy and satisfaction over the successful conduct of this Mega Football extravaganza and said that his organization will soon come up with some more high level sporting events besides skill development courses to nurture the youth talents and career opportunities.all 32 football teams received uniforms from JKYDF, 15000 cash for winners and ten thousand cash to runner up, five thousand cash to man of the match, sports Cycle to man of the series and also provided other items to players.