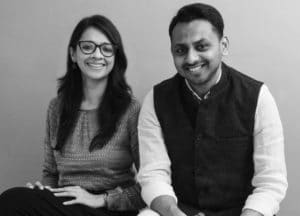 ore than 800 film professionals from 68 countries have been offered membership by the Academy of Motion Picture Arts & Sciences (AMPAS), USA, to give itself a larger and more diverse representation in terms of gender, race and ethnicity. The Academy is known worldwide for its annual Academy Awards, now officially and popularly referred to as “The Oscars.”

The latest invitees also include a variety of Indian film professionals, including a variety of Hollywood and Bollywood celebrities. The list includes documentary filmmakers Nishtha Jain, Shirley Abraham and Amit Mahadesiya all three of whom are postgraduates of the AJK Mass Communication Research Center(AJKMCRC), proudly for Jamia Millia Islmia(JMI).

Nishtha Jain completed her postgraduate degree at the AJK MCRC and specialized at the FTII, Pune in Film Direction. Her filmography includes City of Images (2004), Lakshmi and Me (2007), At my Doorstep (2009), the Family Album (2011) and Gulabi Gang (2012) that won the 2014 National Award for Best Social Issues Film. She has won 25 international and national film awards and has received several prestigious fellowships for teaching and research at the University of Texas (Austin) during 2019, including the Global Media Maker Award (2019) and the Fulbright-Nehru Academic and Professional Excellence Fellowship.

Jain was among six outstanding female documentary filmmakers to win the 2020 Chicken and Egg award for her film The Golden Thread on the jute textile industry crisis. She has just finished her first piece of fiction titled Evidence (2019). 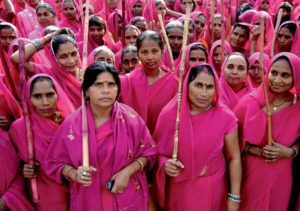 Jain’s films are the subject of study by documentary film scholars and many of her films, such as The City of Photos, Family Album and Gulabi Gang, are key texts for studying still and moving images at the MCRC.

In 2006, Shirley Abraham and Amit Mahadesiya graduated from the AJK MCRC and worked together on a variety of globally acclaimed projects. Their debut feature-length documentary Cinema Travelers made its premiere at the Cannes Film Festival as an official selection and received a standing ovation. The film has attained Cannes, Toronto and New York Film Festival’s rare trifecta festival, and has won 19 awards including India’s Presidents Gold Medal.

New York Times Op-Docs commissioned their documentary Searching for Saraswati (2018), about two villages in the grip of blind faith. In 2019, Abraham and Mahadesiya made the short and powerful documentary entitled The Hour of the Lynching about a case of cow vigilantes lynching Muslims. The film can be viewed on the news web site of The Guardian.

In 2017 the AJKMCRC congratulated Abraham and Mahadesiya as distinguished alumni who had made significant contributions to the Documentary Arts.

After receiving the invitation that would enable her to vote across categories in the Academy Awards or ‘Oscars’ together with the rest of the 2020 class, Shirley Abraham tweeted: “As an independent filmmaker, I know the value of my voice’s legitimacy; a place at the table. Honored to be invited to join as a member by @Academy … A world of work ahead of us and I am so ready.