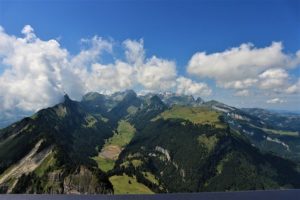 panel discussion was perceptively titled Writing on Kashmir: Smoke and Mirrors during the last edition of TNIE’s Odisha LitFest. The sentence alludes to myths and misrepresentations that obscure anything about the facts. This was, as I said at the time, a most fitting theme to highlight in the Kashmir sense. For while it is trendy to talk of the existence of several disputed narratives on the Valley, there seems to be little pause for thought on the veracity of those so-called narratives that are most powerful.

As I researched my book The Making of Early Kashmir, which came out in 2018, I had my full brush with the smoke and mirrors that actually enveloped the beleaguered Valley—a whole array of misrepresentations about Kashmir that consisted largely of assumptions rather than historical knowledge, and yet seemed to have become definitive of the ‘Kashmir issue.’ Indeed, this country as a whole, not to mention Kashmiris themselves, seems to be spending much more in Kashmir’s politics than in its history.

Even when history is invoked, commentators usually talk only of the last 30 years of armed rebellion, or the last 70 years since 1947, or the last 170 years, i.e. 1846, when the Dogras took over as Jammu and Kashmir rulers, the Amritsar Treaty. Somehow it is thought to be sufficient to go back too far and not understand Kashmiri identity any further. It is incredibly short-term and myopic and the problem with this is that in the short term, historical identities of regions do not form! These are usually accretionary, cumulative, arising from a multitude of system processes with other areas, and are often in the long run.

But there has been little contact with this long-term Kashmir claim in public discourse. We hear a lot about Kashmiris’ relatively recent and built political identities but we don’t hear about their historically evolved selfhood. And that silence about her historical identity is what led to two major disinformation pieces. One, that Kashmir has had a unique and special status in some way, and two, that Kashmir has never been a part of India. Disappointing analysis reveals that all of these claims are clearly unhistorical and baseless.

It was assumed that since Kashmir was geographically isolated, it was also historically isolated from the rest of the subcontinent, creating an insular people and a hermetically sealed culture that distinguished it from the rest of India. In reality, however, when you look at any possible cultural marker diagnosing identity and mobility over 2,000 formative years — texts, archaeology, language, linguistics, accounts of travellers, art and architecture, philosophy , religion, etc.—they speak overwhelmingly to a Kashmir that was far from isolated or unique. Instead they point to a Kashmir that as a society was incredibly free, plural and cosmopolitan.

In addition, they show that Kashmir was profoundly Indic in her genesis, culture and composition: she was closely linked and engaged not only with her neighboring regions such as Himachal and Punjab, but also with centers of Indic civilization deep within India’s interiors such as Patna, Nalanda, Gaya, Banaras, Allahabad, Mathura, Malwa, Saurashtra, Bengal, Kerala and Tamil. To sum up, Kashmiris have been searching for politics, trade, education, refuge, work, art, faith, culture, fashion (!), and pilgrimage to these places for over two millennia.

For starters, you knew Kashmir was from the very beginning a part of pan-Indian political forces, namely the Mauryan empire c. 4th century BCE? And it was Emperor Ashoka Maurya of Magadha (Bihar) who founded Srinagar and brought Buddhism into the Valley which was then taken over by Kashmiris in China and Central Asia. Or, on another plane, did you know that in the 11th century CE Kannada couture and coin-types were adopted at the Kashmir court?! What a dynamism! A far cry from the closed and exclusionist faces of recent decades.

People from these other parts of India — long before West Asia — equally significant! — All historical sources are seen to migrate and settle in Kashmir over the centuries for the same reasons mentioned above. And when historical migrations from the rest of India are taken on board, the question of who is the Kashmiri acquires entirely different dimensions. And the second question that must be asked in the face of all this historical evidence is: How did all of this happen if Kashmir was never part of India?! And it was precisely this piece of falsehood that spilled so much blood.

Given the historical realities of Kashmir, some would argue that any unilateral separation of Kashmir from the rest of the country is an anomalous deviation from history. And the end of that separation would seem not so much to be an undoing of Kashmiri identity as a restoration of it in all its historically upheld openness, pluralism and cosmopolitanism. However, what remains now is for all Kashmiris to regain their right to total peace and prosperity.

What is the true meaning of 'Kafir' in the Qur'an?