Employment and Training of Women is in full swing in Kashmir for Women Battalion. Abrogation of Article3 70 has the power to transform pupa to butterfly. Radical changes have shaped millions of lives. 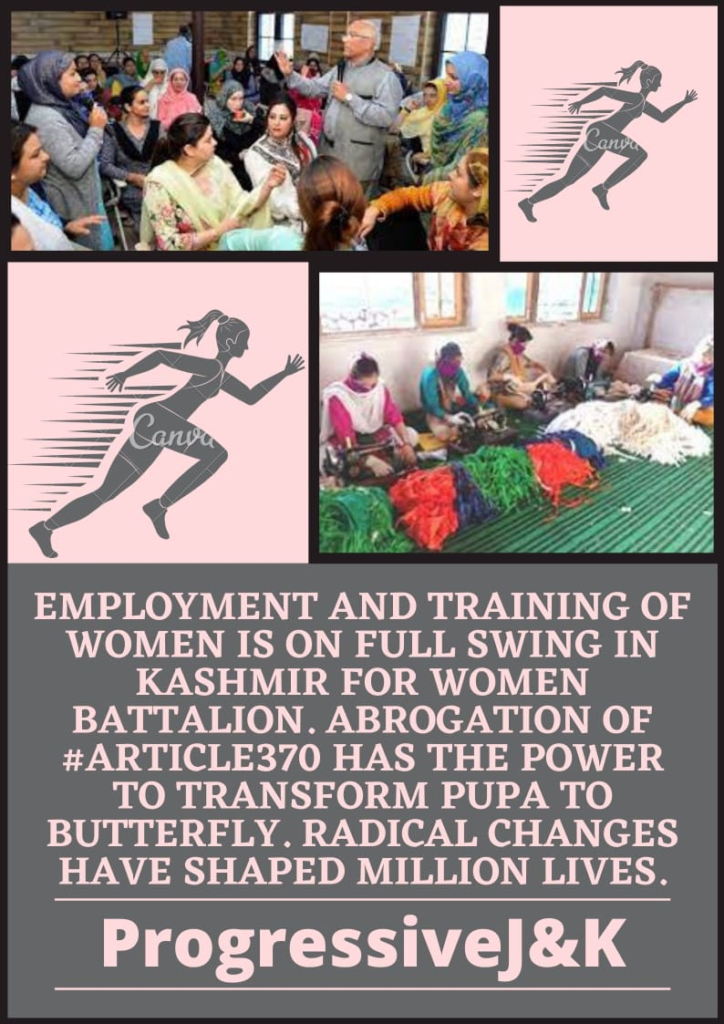 Selection of women constables from the Kashmir Valley 2,000 girls applied, and 80% of them appeared for the exam. Priority was given to the first recruitment rally held in the valley after abrogation of Article 370. 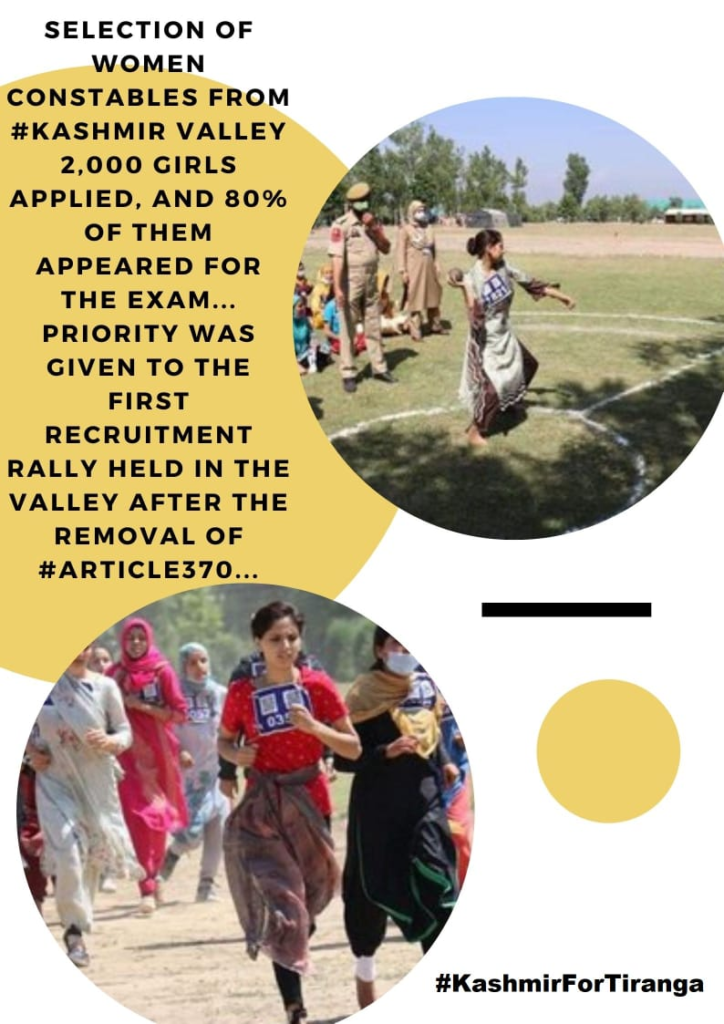 J&K Union Territory (UT) has launched a comprehensive programme “HAUSLA-Inspiring her growth” for catalysing Women Entrepreneurship in the erstwhile state.

In its endeavour towards empowering Kashmiri women both socially and economically, J&K UT launched “Tejaswini Scheme” which has been rolled out. It’s a start-up funding programme for adolescents and young women of the UT making them self-dependent through their own business ventures.

With the launching of premier educational institutions such as AIIMS, IIT and IIM, now J&K is the only state in India that has all these three world-class institutes in one state or Union Territory which should certainly benefit the aspiring Kashmiri students, especially girls and women. 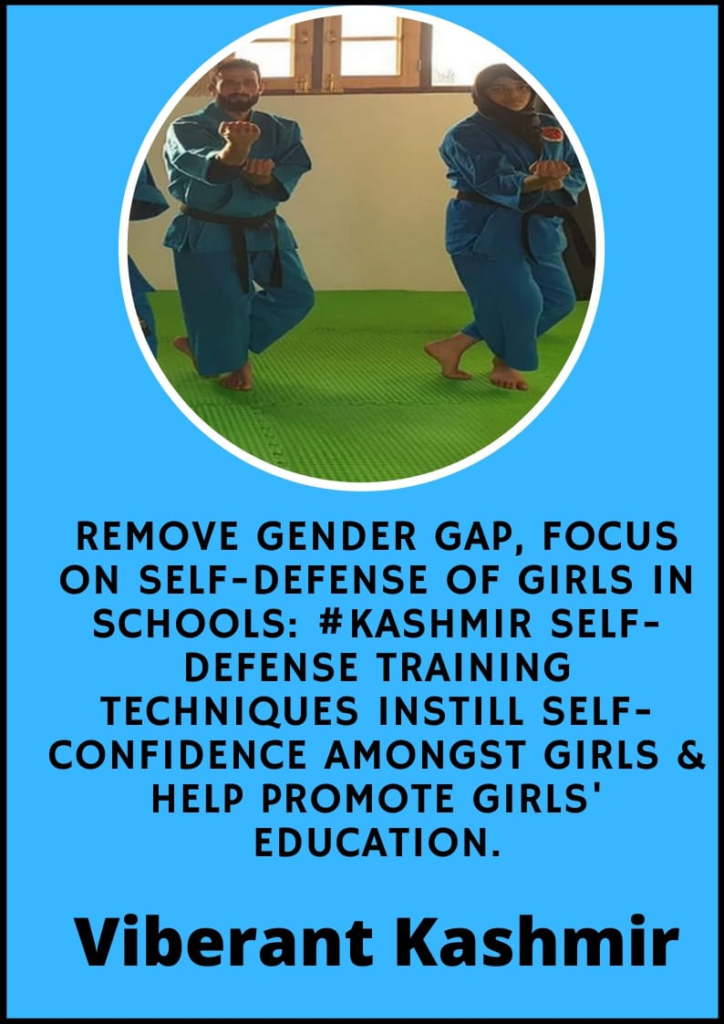 Make J&K UT a hub of winter sports, “Khelo India” was started as winter games which is a step towards making India’s presence felt in the international winter games arena and also encourage women’s sports. The initiative is actually a convergence of the Beti Bachao, Beti Padhao and Fit India programmes aimed at empowering women.

Under the “Samagra Shiksha”, around seven Girls Hostels costing Rs 28 crore and eight Kasturba Gandhi Balika Vidyalayas (KGBV), as well as 344 new ICT labs and 217 CAL centres worth Rs 36.50 crore have been established in various schools of 9 districts in J&K. 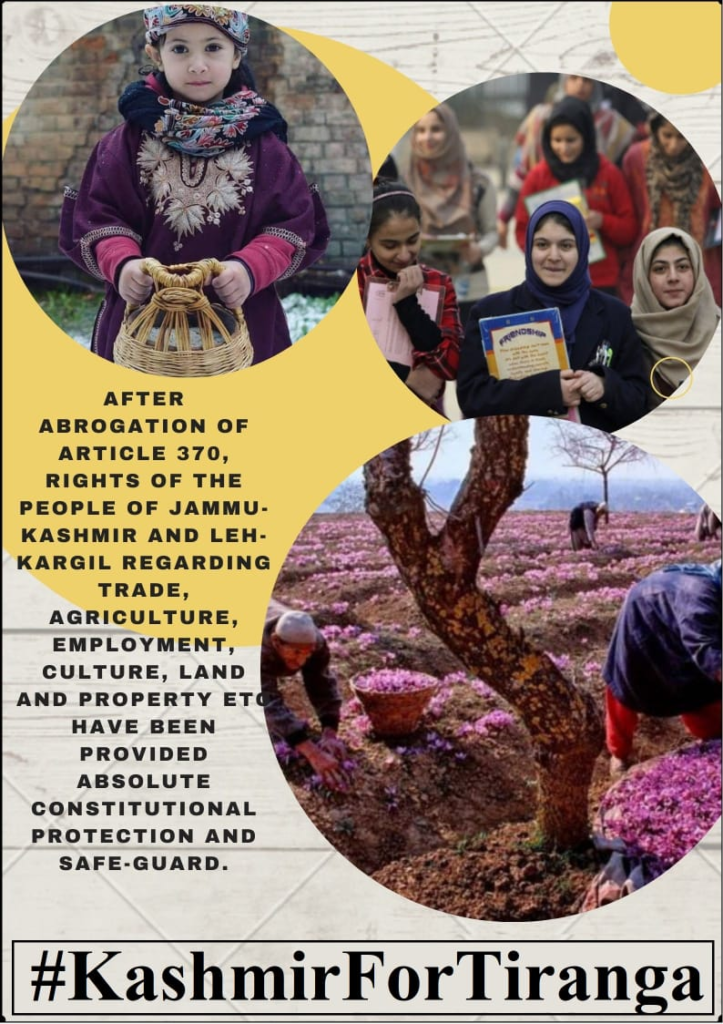 Under the “Skill India” schemes, Kashmiri women and girls from Kunan-Poshpora are now, in an increasing number, stitching and weaving and thus creating a “Naya Kashmir”.

It is about time that Kashmiri women move ahead on the path of peace, progress and development in J&K.  It’s especially the role of women in Kashmir who can make it more progressive, prosperous and healthier with their consistent civic participation and wise choices. They cannot remain stuck in the past. 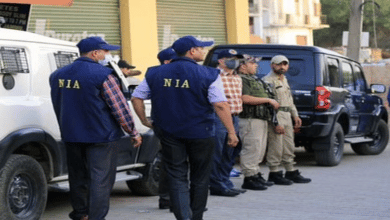 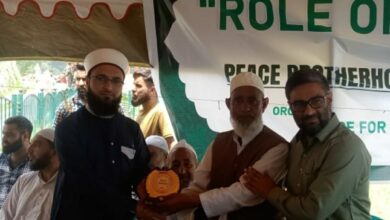