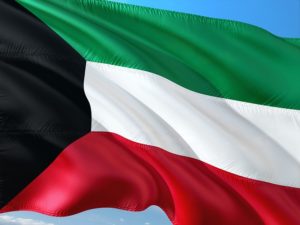 anama: The Kuwaiti citizenship will be granted to non-Muslims if Parliament and government accept two measures accepted by the parliamentary legal and legislative committee.

The proposals submitted separately by MP Safa Al Hashem and MPs Ahmad Fadhl and Khalid Al Shatti demanded that the 1959 citizenship law to allow the granting the Kuwaiti citizenship to applicants who are not Muslim.

Under item 5 of Article 4, the law currently stipulates that Kuwaiti nationality may be granted by decree to any person who is an original Muslim by birth, on the recommendation of the Minister of the Interior, or that he has converted to Islam according to the prescribed rules and procedures. It also stipulates that a minimum time of five years has elapsed after he accepted Islam before naturalization was granted.

“So acquired nationality is ipso facto lost and the Decree of naturalisation rendered void ab initio if the naturalized person specifically renounces Islam or behaves in a manner that clearly indicates his intention to abandon Islam.

In any such event, the nationality of any apostate dependent who had obtained it after the apostate’s naturalization is also made invalid.

The other four conditions exist in Kuwait for at least twenty consecutive years or for at least fifteen consecutive years if he is an Arab from an Arab country, has legitimate means of earning his living, is of good character and has not been convicted of an honor-related crime or a crime related to integrity, has knowledge of the Arabic language and has qualifications or services.

The legislative committee had long opposed amending the legislation to drop the requirement of religion but this time it approved it after three of its members had withdrawn.

The plan, however, presented as promoting justice and equal opportunity for all, does not proceed through the currently Conservative-dominated parliament.

The late independent legislator Nabil Al Fadhl questioned the constitutionality of Article 4 in the Citizenship Act in December 2014.

“This is a Christmas gift for our Christian brothers,” Al Fadhl, Ahmad’s father who this time put forward the request, said after filing his petition to the Constitutional Court, the highest court in the northern Arabian Gulf country.

Al Fadhl said that the condition was a constitutional and legal stigma.

“Those who added this provision to the Citizenship Act in 1981 are lawmakers who have not risen to the importance of their oath because they have been sworn in as members of parliament.”

“Such an article is a disgrace to the law, and in no way represents the values of the of the Kuwaiti people.”

Al Fadhl related his decision at the Constitutional Court to pursuing an alteration to the Citizenship Act and not to the Parliament to his desire to avoid separating conservative legislators.

“I wanted to avoid any sort of embarrassment on the part of the legislators and to keep away from differences in parliamentary viewpoints,” he said.

When MP Al Hashem suggested in January 2014 canceling the condition which restricted naturalization to Muslims, saying it was not in line with the constitution’s text and spirit.

Nevertheless, she was opposed by some lawmakers who said the priority should be on granting the Muslim Bidoons, stateless people residing in Kuwait the Kuwaiti citizenship.

Al Fadhl died during a Parliamentary session in December 2015.

The overwhelming majority of Kuwaiti citizens are Muslims.

Around 250 Kuwaitis are Christians who have been given citizenship prior to the adoption of the article banning Muslims’ naturalization.

They come mainly from Lebanon, Iraq and Palestine.