nacting and enforcing laws against child marriage, which claims religious authority, has consistently run into opposition. A greater analytical engagement with the foundations and structure of religious thought would be needed to resolve this resistance. Consider. 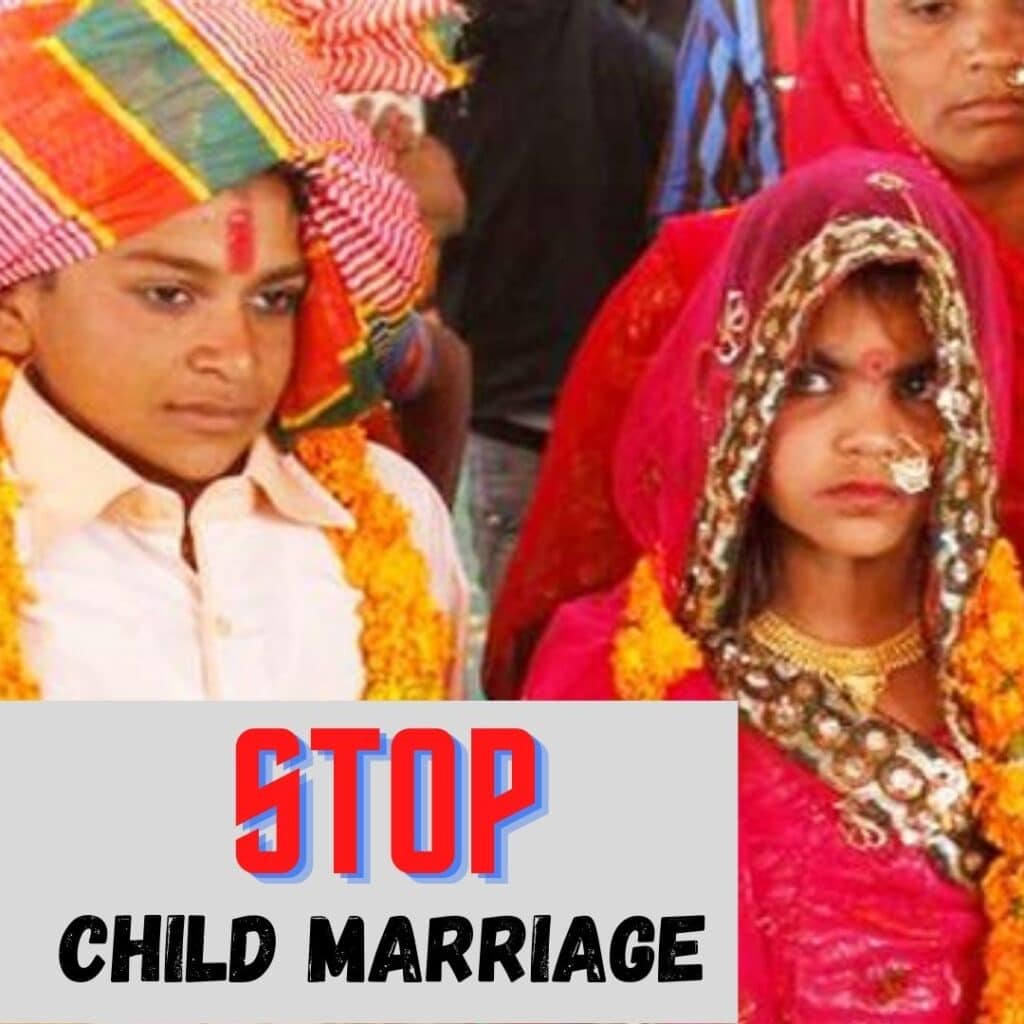 The imminent threat of one of their girl-children disappearing and then turning up married and converted to the majority faith for the Hindu, Sikh and Christian communities constitutes an extra existential crisis and personal tragedy for the families involved.

The legislative and judicial reaction to child marriage is still stymied and ultimately ineffective. Statis in religious thought, articulated both by convention and from the constitutional pulpit occupied by the Council of Islamic Ideology, continue to oppose the enforcement by legislative prescription of a minimum age for marriage. The physical reality of puberty alone is determinative of the ability to engage in marriage, this congealed figure insists. The onset of the menstrual cycle is enough for the girl-child to determine her destiny.

Conventional religious thought has determined that this can happen at the age of nine, so any law requiring girls to be older than nine years is against the Shariah for marriage to be lawful. This was the view that M A Jinnah, soon to become Quaid-e-Azam, confronted in 1929 when he rose to support the Child Marriage Restraint Act on the floor of the legislature. The Quaid, rejecting the religious objections, stated: “I can not believe that there can be a divine sanction against such evil practises as prevail, and that we should give our sanction for a single minute to continue these evil procedures any longer.”

at any age and that the girl-bride rukhsati can be contracted at age nine for consummation, provided she has attained puberty. The Child Marriage Restraint Act 1929‘s operative provisions, which prescribe a minimum age of sixteen for girls and eighteen for boys, were declared contrary to Shariah’s injunctions. The Council of Islamic Ideology’s views are advisory and do not lead to the demise of the existing law.

However, neither the Act of 1929 nor the Sindh Child Marriage Restraint Act of 2014 served to act as an effective safeguard against child marriage in the face of the purported Shariah position that exalts puberty above all other physical, psychological and cognitive characteristics. In order to determine the validity of a marriage, the courts typically cause invasive determinations of the girl’s child’s puberty.

In Pakistan, the increasingly muted contest over child marriage is clearly part of a larger closure of religious discourse. A faded memory now is the prospect of creative engagement with tradition that seemed inevitable when Prof Fazal ur Rehman led the Council of Islamic Ideology in the 1960s. The 1961 Muslim Family Laws Ordinance that placed restrictions on polygamy and allowed orphaned grandchildren to share in inheritance was the result of vigorous engagement with the Shariah sources and the articulation of a reform vision that claimed authority because of the letter’s loyalty as well as the Islamic tradition’s spirit. The reformers of the 1960s claimed inspiration from Allama Iqbal’s vision of revival and reconstruction of religious thought.

When Iqbal published his maturest philosophic reflections in the form of a book in 1932, ‘The Reconstruction of Religious Thought in Islam’, and called for ijtihad through elected assemblies consisting of lay individuals, he was in no doubt about the enormity of the challenge that he had launched. He was to remark that had his work been published during the reign of the Caliph Mamoon ur Rashid (813-833), when Mutazalite ideas about the primacy of reason in jurisprudence were still the avowed creed of the caliphal court, the subsequent course of Muslim religious thought might have been radically different from what it in fact turned out to be.

The year 1983 can be marked down as the year in which convention and statis silenced the challenge that Iqbal’s vision of a reconstruction of religious thought had inspired within the judicial and legislative structures of the state. In a remarkable judgment in the case of Hazoor Bakhsh vs Federation of Pakistan, delivered by the Federal Shariat Court in 1981, the punishment of rajam (stoning to death) for the offence of adultery was declared to be contrary to the punishment for such offence envisaged by the Quran and the Sunnah. In arriving at this conclusion, the Federal Shariat Court examined the structure of what had come to be described as the Shariah. The relationship between the Quran and the Hadith, the theories of abrogation and ijma as well as the contextuality of events in the life of the Holy Prophet (peace be upon him) were examined with courage and incision. Not every event was taken to be a source of binding legal precedent. The result was a shock not only to the designs of General Ziaul Haq but also to the edifice of conventional religious thought.

Zia acted swiftly. The Shariat Court was effectively disbanded and then, with five new members, reconstituted. In 1983, a Review Petition against the initial 1981 decision was taken up and approved. In declaring rajam to be the Shariah punishment for adultery, tradition and convention were emphatically reasserted.

The Shariat Court and the Shariat Appellate Bench of the Supreme Court were to consistently affirm a socio-political vision embedded in the fiqh (jurisprudence) adopted during the centuries that Iqbal had identified in the world of Islam as a time of ‘intellectual stupor’ after ‘Hazoor Bakhsh’. Landowners’ rights were consistently given priority over the state’s concern for the landless, in preemption and land reform. The orphaned grandchild’s right to inherit, permitted by the 1961 reform, was also demolished.

What is the way out of the statis in religious, legal and political thought that appears to be determined to resist all attempts to engage in creative engagement with and rebuild tradition? Unless it has foundations in the norms and beliefs prevalent in the community, no legal system and its accompanying jurisprudence, whether avowedly secular or consciously based on religious precepts, can maintain the legitimacy necessary for its sustenance.

Iqbal wrote in viewing the “intellectual stupor” into which the world of Islam had fallen and in searching for ways toward a reconstructed framework of thought and action: Religious thought in Islam has been practically stationary over the last five hundred years. There was a time when the world of Islam provided inspiration for European thought. However, the most remarkable phenomenon of modern history is the enormous speed with which the world of Islam is moving spiritually toward the West. (1932:7 Iqbal)”

For Iqbal, the spiritual shift to the West was not an abandonment. He wrote: “There is nothing wrong with this movement, because, on the intellectual side of European culture, it is only a further development of some of the most important phases of Islamic culture” (Iqbal: 1932:7)

For Iqbal, characteristics of modern Western thought that can be assimilated into the reconstruction that he proposed are the democratic spirit and the concern for the fulfilment of the individual’s creative possibilities. He cautions, however, that “the dazzling exterior of European culture may arrest our movement and we may fail to achieve that culture’s true inwardness.”

The writer is an advocate of the Supreme Court of Pakistan.