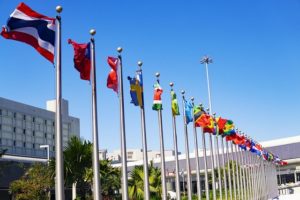 keil: the outcome of the urgent debate should focus on establishing a new mechanism to ensure systematic racism and Human Rights Violations by US against African descents; despite US absence.

During the urgent debate on racism and police brutality which led to the killing of George Floyd; Maat for Peace supported the call of George Floyd’s brother to open the investigation of his case and recommended that a mechanism should be established to investigate global state-sponsored racist practices.

Preventive action should also be extended towards ensuring the protection of citizens’ rights to peaceful protest and addressing impunity for killings by the police, who are continuously shielded from accountability for excessive use of force against people of African descent and people of color, in the US and worldwide.

Ayman Okeil, President of Maat Association, pointed out that the absence of the United States from attending the urgent session must be taken into consideration during the adoption of the outcome of the session by setting up a mechanism that includes putting an end to the United States’ systematic violations against of African descent, despite its withdrawal from the Human Rights Council in a clear position of rejecting any cooperation with the mechanisms of the Human Rights Council.