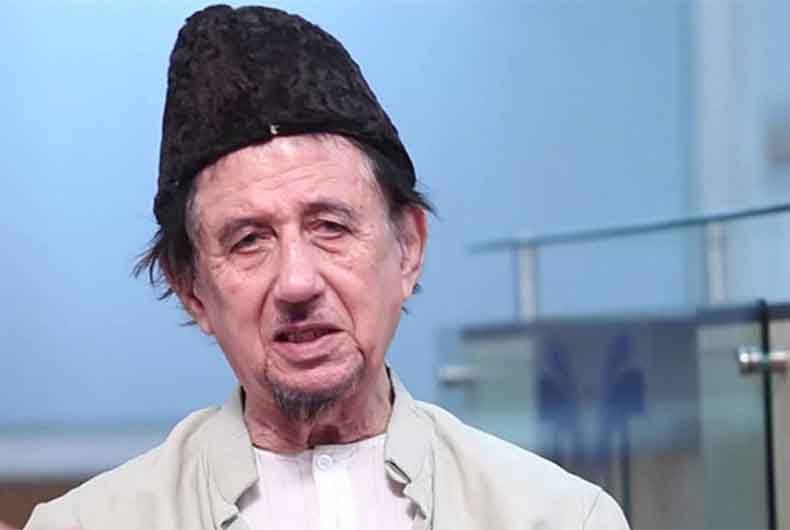 I don’t remember the first time I met Maulana Kalbe Sadiq, a senior Shia scholar and vice-president of the All India Muslim Personal Law Board, who died at 83 on Monday in Lucknow.

But the one session I had with him a few years ago at a TV studio in Mumbai was unforgettable.

The owner of the WIN channel and my friend Imran Rasool invited me, Maulana Kalbe Sadiq and former head of Rizvi College, Mr. Zaidi, to the TV studio off the busy Dongi street in Mumbai. While I chose a light purple shirt and black pants for the occasion, while Zaidi Sahab was in a coat and pants, Maulana Kalbe Sadiq wore a marshy green sherwani, white pajama and black cap.

Jihad, mercifully not “love jihad” was the focus of debate. Many who speak vociferously of “love jihad” do not accept love, not jihad.

So the subject was about how Islam had been hijacked and Jihad defamed by some so-called Muslim organisations.  Jihad means to strive, to struggle against evils and to struggle against the evils within is the biggest jihad.   We were supposed to place jihad in its proper context and condemn the oppressive, tyrannical ISIS that slaughtered innocents and called jihad their non-Islamic act.

For the venerable Maulana sahab, I was no match and acknowledged at the outset that I was more than a student there to learn from the senior cleric. I’ve said however little I can on the topic. Maulana Sahab spoke eloquently and did justice to the subject, presumably. Maulana Sahab was effusive in his praise of me after the show was recorded. I didn’t think he wanted to discourage a fellow panelist who was much younger than him.

But to practise doublespeak, Maulana Kalbe Sadiq was not one. What he thought, he said. Thanks to his clean heart and sweet tongue, his sincerity, his habit of calling a spade a spade, he was respected. I have yet to find another Shia cleric who has commanded so much respect from the Sunnis as well.

I witnessed this at an international conference organised nearly half a decade ago in Aligarh by Prof. Rashid Shaaz of Aligarh Muslim University. Maulana Kalbe Sadiq, taking off his wristwatch, said he was stickler to the time given to him and would finish in 10 minutes. He spoke of the character of a true Muslim.

He also emphasised the need for sectarianism to be avoided and Shia-Sunni, Hindu-Muslim unity encouraged. He remembered his encounter with Allama Sistani, a venerable Shia scholar based in Iraq. Visiting Iraq numerous times, Maulana Kalbe Sadiq knew the country better than many Iraqis. He said Allama Sistani had asked him to express the empowerment of modern education to Indian Muslims. He kept his wristwatch aloft when he finished his conversation and said he had finished his speech in 9 minutes.

I saw a student come up to the mike after his talk and suggest a proposal. He said he wanted Maulana Kalbe Sadiq to pray at Jama Masjid University and all of them, Shia and Sunni, to join him (the Maulana). With Muslim youth there the Maulana’s message definitely went down well.

Many clerics advise their audiences to set up madrassas because they erroneously believe that religious education alone would give them a place in paradise. Maulana Kalbe Sadiq was different. He would tell Muslims to create modern education institutions. From the front, he led by example and led. In Lucknow, he set up and helped set up many institutions, including Era Medical College and Hospital. Such institutions are going to keep his memory alive.

I recall another meeting with him at the wedding of the daughter of a mutual friend in Dubai. He recalled our meeting in the studio in Mumbai and emphasised once again the need to condemn terrorism.

Hearing him was a joy. He made his discussions interesting using his brilliant sense of humour. In his business, you’re never bored. Slamming the Orthodox Maulvis, both Shias and Sunnis, he once quipped, “The way these Maulvis continue to send to hell members of each other’s sects, I doubt if anyone will reach the heavens.”

And when he criticised his own culture, nobody minded. He was positive in his criticism. He never expected anyone to be offended or embarrassed. The role of India’s ambassador of peace and harmony was played by Maulana Kalbe Sadiq in her own way. He travelled widely and everywhere he had admirers.

We were told that our Indian culture teaches us to remember the dead in pleasant terms, unlike the troll army on Twitter who used venomous, crass communal words for him after his death, Maulana Kalbe Sadiq never cursed even those few who opposed or hated him. The revered Maulana must be sending blessings from wherever he is to the hate brigade whose spirit has been darkened, mind corrupted and tongue embittered. For it was part of his imaan (faith) to spread love and to close cleavages with his credo.

Celebrating love outside the shackles of faith caste, ethnicity and gender

Why Urdu, instead of remaining a Persianised language, has been increasingly 'Arabised'? Facts and impacts!