omen’s marriageable age is a vital issue in multicultural and multi-racial societies like India due to its strong association with the traditional family values, religious biases and unceasing patriarchal beliefs in the majority and minority societies. Therefore, the consequence is that the government’s decision in India has faced criticism from a large section of the traditional religious society citing the socio-religious and cultural justifications behind the early marriageability ages of girls across religions in the country. But the modernist thinkers of all religious schools of thought fear that this has put the independence of adolescent girls at stake. Therefore, most of them applaud the move. 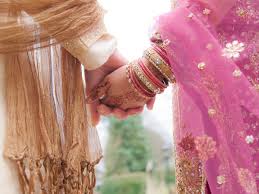 A preponderance of moderate and extremist views and socio-cultural prejudices in the social media debates on women’s marriageable age has recently sprung up especially in the Islamic circles. Significantly, this highlights the pros and cons of the higher and lower margin of marriageable age for girls. A similar national discussion stemmed in India with the budget speech of the finance minister Nirmala Sitharaman, 2020-21, in February 2020 whereas she announced the revision of women’s legal marriageable age from 18 to 21.

Most important point in this debate is the distinction—which is often blurred or missed out—between the age of puberty (bulugh) and maturity (rushd) to make independent decisions regarding consent and other personal choices. Islamic legal theorists and jurists (fuqaha) from Hanafi, Shaf’ai and Maliki schools have divergent opinions on the age of girls’ marriageability that would reduce the physical and other complications. Going by their legal rationality (illah shar’yia), geographical conditions of different societies and socio-cultural evolutions have to be taken into consideration. One would better apply ‘historicism’ or historical methodology to critically appreciate their legal opinions (fiqhi ray’) on the customary practices in marriage. Established Islamic schools of Jurisprudence recognise that the age of the marriage for girls, especially consummation, must be postponed until they reach maturity and not just ‘bulugh’. Not just Hanafi Sunni traditionalists, even modern Shi’a theologians should follow this rational approach which is in sync with the Qur’anic injunctions on marriage.

As a matter of fact, there are no age limits fixed by the Qur’an for the Muslim girls’ marriage. The key takeaway from the related Qur’anic verses in this context is that Allah has exhorted the laws for babies (الاطفال) which are diametrically different from teenagers who reach their puberty (bulugh) and an altogether different laws for those reaching of the “age of marriage” (حتى اذا بلغوا النكاح) as clearly stated in the verse 4:6 and others. Please read this verse between the lines:

“Test the orphans [children] until they reach the age of marriage, and then if you find them mature of mind hand over to them their property” (Qur’an 4:6) 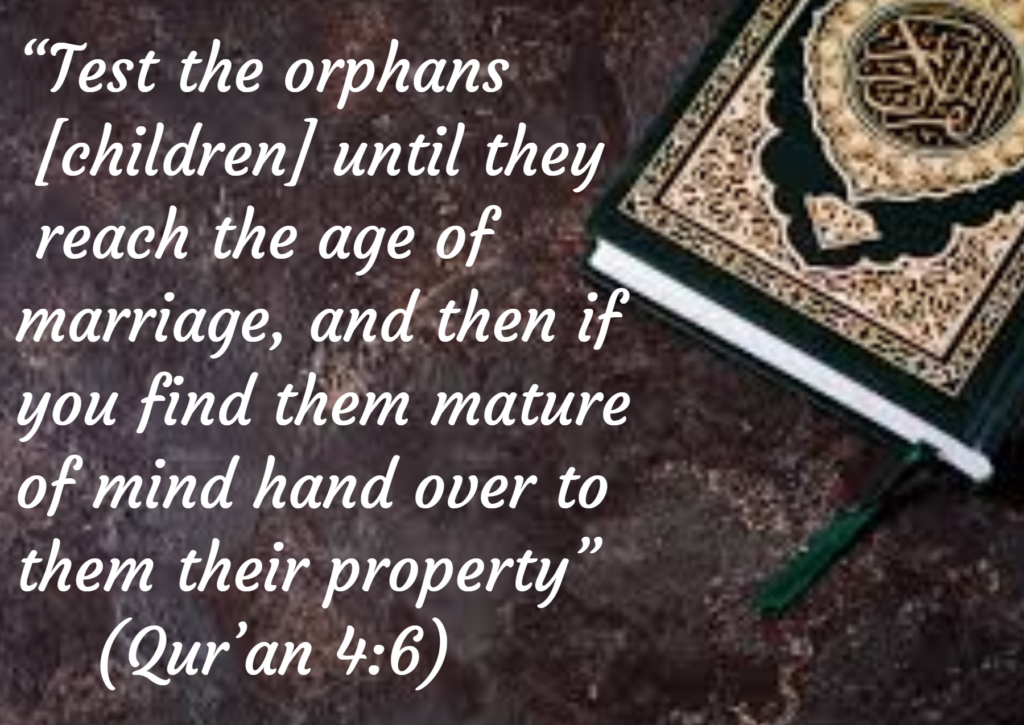 Notice the Arabic word “Balaghu” (بلغوا) , which means “when they reached the age of marriage”, clearly implies that they have to go through gradual physical, psychological and mental stages, growing up in years. And they should be approached for their affairs like marriage and property ownership after their proper mental development so they could determine what is the best for them. These days, whether a girl or a boy, becomes capable of managing their own affairs only after at least their graduation which is generally completed at 20/21.

From the above verse in Qur’an, one this is for patently clear: One must reach “full physical strength and mental growth” (ashuddahu) in adulthood and then only can reach “the age of marriage” (Qur’an 4:6). Qur’anic terminology of “ashuddah” entails meanings including both maturity and puberty, divine wisdom and worldly knowledge, material accomplishment and spiritual ripening, adulthood and pubescence as detailed in the Qur’anic philology. Further to this point, the following verses also give specific details which substantiate it: Female-children would later be considered “fataaya” (young ladies) only when they are ready to be “wed” (4:25) and thus one is not permitted to get “atfaal” (young children) married (4:25, 24:59).

An Arabic proverb often used in the Prophetic language in hadiths also reveals the same. The Holy Prophet (pbuh) issued his advice to youth for marriage in these words: “O Shabab! (young grown-ups) (يا معشر الشباب). But in a sheer ignorance of all these nuances in hadith and Qur’an, literalists among Salafis and Sunnis, and sometimes Shi’as, would ask the run-of-the-mill question: So what about Prophet Muhammad’s marriage with the then 9-year old Haz. Aisha r.a? Ironically, such questions emerge from highly textualist interpretations of the Qur’an and Hadith heavily influenced by the Hanmbali aka Salafist manhaj (methodology). They have caused ripples among Mulsims and non-Muslims about Islam and modern developments which directly impact the issues like marriageability of Muslim girls in India’s rural areas where non-Muslim girls are equally married off at early ages.

While the self-evident verses in the Qur’an declare “maturity” and not just “puberty” as minimum natural requirement for marriageable age of girls, misleading interpretations of “reaching the age of puberty” still exist in the community. While Salafists and many Sunnis in general favour a literalist interpretation of “ashuddah” and “bulugh” merely as ‘puberty’, modernist Qur’an exegesis have defined puberty as ‘maturity’. Sunni scholars like Maulana Inayatullah Subhani, author of acclaimed books on Islamic Law like Haqeeqat-e-Rajm, Javed Ahmad Ghamidi, a reformist thinker and Shia theologians like Ayatullah Khomeini are some those who define girls’ maturity as ‘ability to manage affairs’, fulfil responsibility of motherhood and appropriateness in social behaviour’. However, these scholars are among the rarest of rare established Islamic experts who have challenged the organised clergy who are at the loggerheads. But at the same time, as a critical-traditionalist scholar of Islamic studies Maulana Waris Mazhari points out, they too indulge in the ‘Muslim apologia’ in their rebuttals to the textualist position on the controversial hadith which reports that Hazrat Aisah r.a. was married to the Prophet (pbuh) at the age of 6, 9 or 11. The full hadith as reported here from Imam Bukhari’s collection is the main corpus from which all Sunni sects derive legitimacy for marriageability of girls at the minimum age of 9. It says: “Prophet married Aysha when she was 6 years old and he consummated his marriage when she was 9” (Bukhari, 64-65, 88). A similar hadith report says that Prophet’s marriage with Aysha was consummated when she was 11. Fundamentalist Islamist preachers like Zakir Naik quoted the same hadith to argue that even today “a Muslim girl’s marriage can occur at age of 11/12.” One can only be aghast at this dangerous Sunni-Salafist literalism.