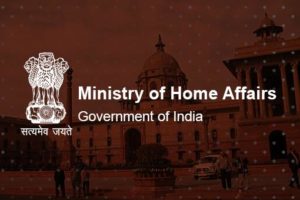 MHA Additional Secretary Gyanesh Kumar and Manish Garg, Joint Secretary along with other officials reviewed the progress of projects under PMDP in all three regions of the State and called for timelines to be met as some of the projects were missing, or scheduled to meet, deadlines leading to their cost escalation. Top State Administration officials attended the conference.

Official sources told the Excelsior that the MHA has set a deadline of 30 November for the disbursement of Rs 5.5 lakh worth compensation to all refugees from Pakistan occupied Jammu Kashmir (PoJK) and a timetable of 31 March 2019 to complete the disbursement of relief to West Pakistan refugees.

They directed officials of the State Government to ensure that cases of all remaining PoJK refugees are immediately processed and relief is disbursed between them by November 30. The process of distributing relief among the refugees from PoJK has already been delayed; they pointed out and called on officials to adhere strictly to 30 deadlines for November.

“The MHA delegation has directed that disbursement of the Rs 5.5 lakh package per family should begin immediately among 5764 total families and that all of them should obtain relief by March 31, 2019,” sources said.

PoJK refugee package, long pending demand from the families who had migrated to Jammu and Kashmir in 1947 and were ignored by successive Central Governments, was part of Modi’s PMDP with Rs 2000 crore reserved for it. Nevertheless, the Union Home Ministry approved a relief package for West Pakistani refugees during Rajnath Singh’s state visit in June this year.

“While the majority of PoJK refugees and Chhamb migrants, who were also approved for relief, were covered, the MHA instructed the authorities to ensure 100% coverage by the end of the month and to take all measures to accelerate the disbursement of the package to West Pakistani refugees in order to ensure that the disbursement is completed by 31 March 2019,” sources said.

It may be mentioned here that under the scheme Direct Benefit Transfer (DBT), the State Government had to finalize the cases and the amount of the relief is debited by the MHA to the beneficiaries’ accounts.
The MHA team stressed the timely completion of ongoing projects to ensure they don’t miss the timeline, leading to cost escalation as Rs 80,068 crore worth PMDP has already crossed Rs one lakh crore due to delay in execution of some of the projects.

It was not only the Jammu and Kashmir government whose projects were lacking deadlines, sources pointed out, but also major projects undertaken by central government companies and public sector departments were being delayed as well.

Central Corporate Top Officers such as National Hydro-electric Power Corporation (NHPC), National Highway Infrastructure Development Corporation Ltd (NHIDCL) and other companies that were carrying out power projects have already been directed by MHA to speed up the projects.

They said the cost of major projects such as under-building and upcoming National Highways and Roads, power projects etc. has risen sharply over the past two years, leading the Center Government to review the PMDP ‘s cost and raise it to promote the construction of the approved projects.

Not excluding further increases in project costs, sources pointed out that delays in the launch of two All India Medical Sciences Institutes (AIIMS)—one in Jammu and Kashmir, Smart Cities for Jammu and Srinagar, and some other mega-projects could further increase PMDP costs.

An official handout issued by the State Government said: Sequel to Union Home Minister’s visit to Jammu and Kashmir on October 23, 2018, Additional Secretary, Union Ministry of Home Affairs, Gyanesh Kumar today held a review meeting with the State Government’s senior officials here, and took stock of the implementation of the Development Package of Prime Ministers (DPP).

Reiterating the Government of India ‘s commitment to Jammu and Kashmir’s fast-track growth, Gyanesh Kumar said that Prime Minister Narendra Modi and Home Minister Rajnath Singh are personally keen on the State ‘s development and are constantly monitoring the Rs. 80,068 Crore Special PMDP package announced by the PM in the year 2015 for State development.

He called on the Administrative Secretaries to pay careful attention to the implementation of this special package and to ensure time-bound completion of the projects in hand.

Stressing the need for constant monitoring of state-level projects, the Additional Secretary called for each project to be flagged, clearing bottlenecks, if any, with coordinated approach by each department / agency to achieve tangible results on the ground. He said the PMDP is planned to be implemented over a five-year period and asked the officers to pay the utmost attention to each ongoing project and to sanction all proposed projects under the program in order to maintain the Centre ‘s constant flow of funds.

He said the Center is committed to fulfilling its obligation to ensure free flow of funds provided that the State Government meets the formalities needed to approve the projects and achieve development.

Construction of two AIIMS, IIMs, power projects, construction of Jammu-Akhnoor Highway, construction of sports infrastructure, progress under the Skill Development Program, promotion of tourism, conservation and beautification of water bodies, horticulture included the projects that were highlighted. It was stressed that these projects should be given the utmost attention to ensure their time-bound completion.

When providing an overview of the PMDP-2015, Rohit Kansal told that as many as 16 ministries are involved in the implementation of 63 projects approved under this special package at the cost of Rs. 66,298 crore, out of which Rs. 27,857 crore was released and Rs. 23,948 crore used to date, in addition to Rs. 2474 crore was given by the State Government as a share for these projects. He said progress on 44 projects is apace and 8 projects were substantially completed.

Sharing progress on major projects including two AIIMS and IIMs, Kansal learned that most of the components that are being taken care of by the state government such as land acquisition, construction of approach roads, creation of water sources were cleared. All other projects were duly flagged, and their progress is regularly monitored at the state level to accomplish them in time. He promised the goals will be met according to the time schedule.