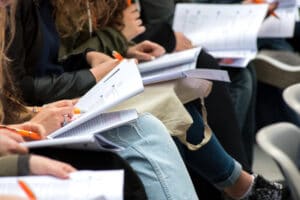 total of 42 Muslim candidates have cleared UPSC examination this year, sources in the ministry of minority affairs said, compared to 28 candidates last year. Most candidates selected in the UPSC are products of Zakat foundation of India and Jamia Millia Islamia. “Government not at fault for low Muslim presence in bureaucracy”, says

The Union Public Service Commission (UPSC) has registered a 40% increase in the number of Muslims who have cleared the exams this year. A total of 42 Muslim candidates have cleared UPSC examination this year, compared to 28 candidates last year, sources in the ministry of minority affairs said.

Muslim candidates have been doing well in the prestigious exams since 2016. Prior to that, they constituted only 2.5% of the total successful candidates. However, Muslim candidates broke all previous records in 2016 when 50 of them qualified for the UPSC, with 10 making it to the top 100. In the 2017 batch, too, 50 Muslims were selected through the exam.

There has been a “progressive improvement in performance of Muslim candidates in the last four years”, the minority affairs ministry said.

The budget for providing free and subsidised coaching for minority candidates was increased from Rs 8 crore in the previous year to Rs 20 crore for the year 2019-20 under the ‘Support for students clearing prelims conducted by UPSC, SSC, State Public Service Commissions etc’ scheme.