What happened on October 22?

October 22, 1947—Popularly known as “Operation Gulmarg”— is the day when innocent Kashmiri people were killed and attacked by the Pakistani-led tribal forces is commemorated as “Black Day”, not just in India but also in Bangladesh. The incident drew parallels to the Pak Army’s 1971 Genocide in Bangladesh, code-named “Operation Searchlight.” Similarly, thousands of tribesmen, recruited covertly by the Pakistani Army organised into “Lashkars”, crossed into Kashmir on 22 Oct 1947, and they committed atrocities against Kashmiris, engaged in looting, killings and other crimes against humanity.

Why is it called J&K’s Black Day?

This was the day Pakistan launched Operation Gulmarg to take over Jammu and Kashmir through armed aggression. Kashmiri people have not forgotten why October 22 is Black Day of their history. The Pakistan Army massacred and raped Sikh and Hindu women and even Christian nuns in Kashmir 73 years ago. But Kashmiris didn’t bow. They gave their lives.

A heroic Kashmiri Muslim, Maqbool Sherwani had tricked the Pakistani raiders by setting them on a different route when they asked him for the direction to Srinagar airport.

Five thousand Kabaili tribals from Pakistan invaded Kashmir’s Muzaffarabad, rampaging, looting and  killing innocent civilians on their way up to Baramulla. However, their advance was halted at Baramulla thanks to a brave 19-year-old Maqbool Sherwani.

It was on 22 Oct, 1947 when Pakistan Army in the guise of tribals attacked the undivided state of Jammu & Kashmir. It is being observed as ‘Black Day’. As per UN resolution, Pakistan must vacate its forces and its people from the Pakistan occupied Jammu and Kashmir (PoK).

Major demonstrations and massive protests were held in Dhaka to mark October 22 as “Black Day” when Pakistan led tribal forces attacked the innocent Kashmiri population in 1947 to take control of Jammu and Kashmir under the code name “Operation Gulmarg.”

Rationalism and Liberalism Practice Forum, Bangladesh, organised a seminar on the day at Dhaka Reporters Unity, which was attended by more than 100 participants. Banners and placards condemning the massacre in Kashmir by Pakistan backed tribals were displayed in the seminar hall.

Open dialogue, a Dhaka-based NGO, organized a human chain of more than 100 people on the “Black Day” with banners “Disgusting Blueprint of Pakistan Army” in front of the Pakistan High Commission in Dhaka.

Through the human chain Pakistan Army’s atrocities towards women, children, plunder and loot were highlighted in posters and banners with Indicative slogans such as “Kashmir invasion-Pakistan’s pre-planned attack, executed by the army and tribal invaders in Unison”, “Invaders playing victims – Pakistan is the butcher of Jammu and Kashmir”, “Pakistan’s heinous conspiracy – 1947 and 1971 genocide”.

A similar operation under the code name “Operation Searchlight” was conducted in the 1971 BD war, these similarities were also highlighted through the act. The act saw more than 200 spectators.

The participants were seen wearing T-shirts with ‘BLACK DAY marked on them as a statement of protest against the killings of Innocent Kashmiris in 1947 and genocide in 1971.

Through the human chain, Pak Army’s atrocities were highlighted, indicative slogans both in English and Bengali were flashed in posters/banners against Pakistan’s nefarious act. Later, the participants formed a Bike rally and moved around the city to spread the message.

Swadhinata Sangram Parishad, when 20 members of the organisation aggregated in front of Pakistan High Commission, Dhaka, at 8.00 am, to participate in a demonstration against Pak Army genocide in Kashmir on October 22, 1947, Pak genocide in Bangladesh (March 25, 1971) and killing of Bangabandhu (August 15, 1975) and Pak-backed Taliban atrocities in Afghanistan (2021).

The members held posters, banners stating the above and urging Pakistan to apologise. Muktijoddha Mancha organised a photo exhibition (at 3 pm), discussion seminar (at 4 pm) and screening of a documentary (at 6 pm) in front of the National Museum, Shahbag, Dhaka University area, on the same occasion.

A total of around 500 people, including college students, professors and passers-by attended the events, which were appreciated by the crowd too. About 20 Kashmiri medical students studying at Dhaka University also independently protested wearing black badges and carrying posters condemning Pakistan.

Brahmanbaria’s Human Rights Organisation and Udichi organised a human chain, participated by around 400 people, carrying posters, banners etc. highlighting Pakistan’s atrocities on humanity and use of terrorism as state policy.

Around 5000 handbills, highlighting the cause of Black Day and Pakistan’s past record were distributed among aware people of Khagrachari, Rangamati, Bandarban and Chittagong. Similar programmes were organized in different places in Bangladesh, which witnessed demonstrations against Pakistan’s heinous act in 1947 and 1971. 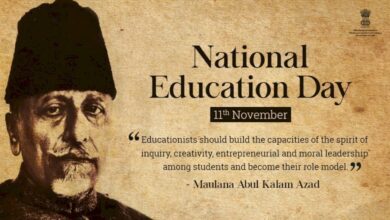