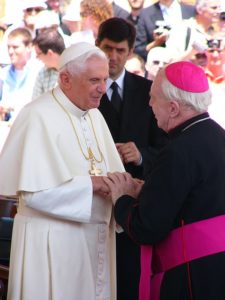 In view of the forthcoming Christmas holiday, Dr El Tayyeb invited the Pope and the world’s Christian culture. The Sunni cleric even congratulate the pontiff for his 82nd birthday.

In October, in Italy, Dr El Tayyeb saw the close relations between the pope and the Egyptian imam for an interfaith conference in Bologna.

Pope Francis thanked the Grand Imam for the message, saying that he was looking forward to meeting him in Abu Dhabi in February, where the Christian leader will hold a historic mass for the Roman Catholic community in the UAE, which is one million strong.

“We look forward to a historic visit, through which we will seek dialog among peoples on peaceful coexistence,” he said.

Why there is no point in talking to the Taliban about peace in Afghanistan?