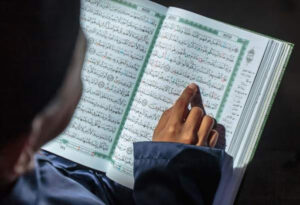 he holy Qur’an does discourage an insult to any religion or religious figure but it treats blasphemy as a moral vice and does not regard it as a punishable criminal offence. It has rather devised the best possible strategy to deal with those who mock or insult others’ religious beliefs: “Qalu Salama” (and when the foolish address them they say: “Salama’). This verse is immutable and key to the issue of blasphemy. It implies that if the ignorant people insult you with bad words, do not react in violence, but forgive and overlook, and say nothing but good words, as Imam Qurtabi writes in his exegesis of the Qur’an “Al Jami’e li Ahkamil Qur’an”.

Allah warns His Prophet (pbuh) that there will always be some people who would hurl seductive remarks at the Prophet (Qur’an 6:113) and will be inimical to his people. But then Qur’an urges him to simply ignore them: “O Muhammad (pbuh), thus did We make for every Prophet enemies from among those immersed in evil. Your Lord suffices you” (Qur’an 25:31).

In so many words, Qur’an describes how they accused him of insanity: “Indeed, the faithless almost devour you with their eyes when they hear this Reminder, and they say, ‘He is indeed crazy.’”(68:51)