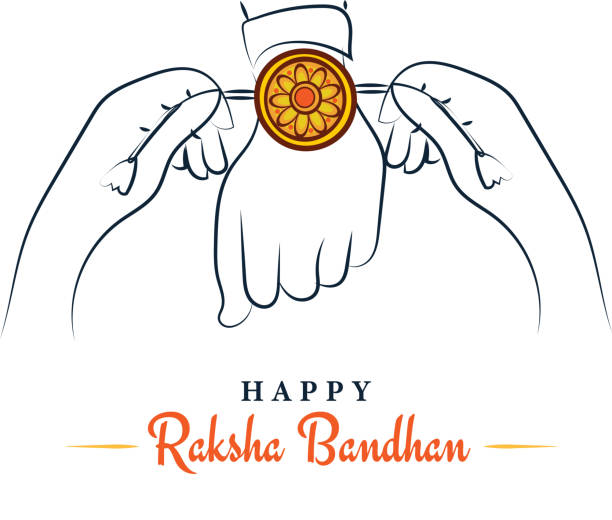 The relationship between a brother and a sister is unlike any other. It’s full of love, unwavering support, camaraderie, squabbles, and friendship. Raksha bandhan and Bhai Dooj are wonderful holidays that attempt to strengthen the tie between brothers and sisters. Raksha bandhan is observed on the full moon day of Shravan, the luni-solar calendar’s fifth month. It is linked to the advent of the South-West monsoons, and so has enormous significance for the entire Indian subcontinent. Shravan is also known as a month of fasting or upvaas. Raksha signifies “protection” in Sanskrit, and Bandhan denotes a close brother-sister “connection” in Hindi.

As a result, this special day elegantly represents the strengthened bonds between brothers and sisters, enhancing mutual protection, crucial support, and friendly understanding. Sisters tie the Rakhi thread around their brother’s wrist on Raksha bandhan. This lovely thread is said to keep her brother safe from all hexes and jinxes in life. In exchange, brothers swear to stand by their sisters in times of joy and sorrow, grief and celebration.

This concept is similar to the Islamic concept of Sila Rahmi (strengthening the ties of kinship). Prophet Mohammad placed a high value on the development of relationships among family members, particularly between brothers and sisters. “Charity (sadaqa) offered to the needy is commendable, yet an everyday act,” he says in one of his traditions. Giving generosity to a relative (especially a brother or sister) accomplishes two noble goals: sadaqah and silah rahmi (maintaining the family bond).”

Prophet Mohammad, on the other hand, warned against sibling rivalry or envy, which can occasionally turn into an unfavourable form of Qat’a al-Rahm (severing family bonds) with devastating consequences. Sibling rivalry is, in reality, an inborn human emotion that becomes an ethical flaw when it involves fighting for parental compassion, attention, primacy, or preference over other siblings. Envy (rashk) is a natural and necessary trait that might be disregarded until it manifests itself in the form of jealousy (hasad), which is neither healthy nor positive. The Prophet stated: “beware of jealousy; for jealousy eats good deeds just as the fire eats wood”.

At the same time, the Prophet is said to have urged parents to treat their children equally and compassionately, both sons and daughters. Clearly, the majority of sibling rivalry stems from the parents’ perceived lack of equal attention, compassion, love, and caring. If daughters or sons believe they are receiving unequal levels of attention from their parents and that their siblings are being treated with greater care and respect than they are, it can be disturbing.

As highlighted by Kyla Boyse, an acclaimed psychologist, too much expectation for good behaviour from the older sibling can lead to rivalry. In contrast to sibling rivalry, brothers display their love and care for their sisters by wearing Rakhi all day and sometimes for a week on Raksha bandhan. They provide cash, clothes, perfumes, and other items as gifts. Exchanging gifts with siblings is a fantastic method to deepen bonds and reduce sibling rivalry. “Exchange gifts with one another, and you will establish love and goodwill among yourselves,” the Prophet remarked.

Women in Post-Taliban Afghanistan: Will there be any change?