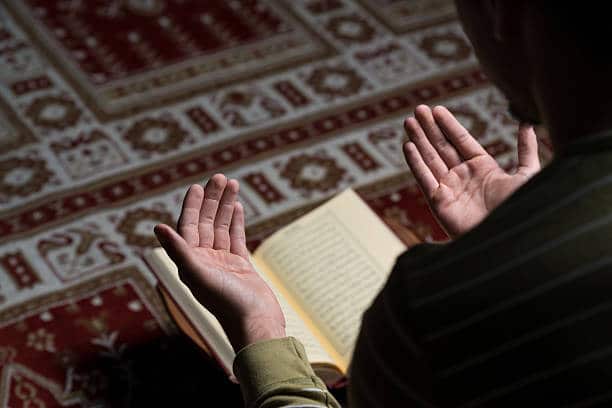 As a book of revelation and guidance, the Quran has a significant role in human life. It treats the spiritual, moral and intellectual journey of human beings and makes infinite experience while reading it, due to the being of its self-standing entity, reason functions within a larger context of existence, intelligibility and moral thinking. Therefore, unlike a common text, it should be treated, because, as Friedrich Schleiermacher pointed out, “the interpretation of sacred literature has a special space among other literature or that it deserves a unique interpretive method”. The notions of the Quranic Scholars such as Mohamed Arckon and Farid Issac on interpreting the Quran avoided the prerequisites, which has been detailed by the previous Quranic scholarship, of understanding the sacred text. The modern Islamic scholars approached the sacred text by new criticism that emerged in the Western literature and historical field. Consequently, these endeavours to re-read the Qur’an in the light of modern textual and philosophical disciplines, such as literary criticism, epistemology, hermeneutics, structuralism and post-structuralism questioned the authenticity of the revelation and the prophecy. Even though the enviable skilled Muslim scholars extremely deterred them. In particular, Imam Ghazali’s ideas are just being assistants to prevent the Western influences as a toolkit of Islamic intellectual discourses.

In the enlightened age the sensibilities of modernity and post-colonial approaches have challenged the figurative elements of the Quranic discourses. As well as codification and canonization both transformed the real nature of Quranic text into Western notions and interpretations. Because of the influence of Western technology and culture, 19th and 20th-century Muslim exegetes were forced to focus, as Jansen points out, on three aspects of interpretation, Scientific exegesis seeks to draw all possible fields of human knowledge into the interpretation of the Qur’an to find in the Qur’an that which has been discovered by the sciences of the 19th and 20th centuries. They looked for scientific evidence within the Qur’an and sought to find parallels within contemporary Western sciences. Philological exegesis is the science of discovering what words in the Qur’an meant in the past, and what the author/God intended them to mean. In the philological genre, the author intention principle (maqasid) was only used by Muslims when trying to derive what those in Meccan and the Medinan period had meant. Practical exegesis deals with seeking to implement the Qur’an in everyday life. Practical exegesis became an exercise in explaining to what degree one should tolerate Western influence on secular and religious life.

There has been a pronounced need to re-interpret the Qur’an in the Modern period. A crisis descended upon Islam in the encounter with the enlightened and more or less secularized Europe of the 19th century. The Islamic world faced both a physical and an ideological challenge. During that period Muslims no longer ruled their lands. European colonialism encroached progressively on the Islamic world. The modern exegesis of the Qur’an began, not due to academic problems, but to contemporary world affairs. It is notable that modern interpretation of the Qur’an since the beginning of the nineteenth century has been under the influence of Western thought. The impact of Western science has been, Andrew Rippin maintains, “the major factor in creating new demands and also the element of contemporary life to which much early modern tafsir made its response.” The Qur’an has always been regarded as one of the sources of Islam. But the modern period of islamic intellectualism promote the notions of reinterpretation of Islam as the result of western influence.

The tremendous expansion of the mass media and publishing, additionally, extended Quranic teachings to countless individuals, and this consequently broke the mediation of the ulama, classical religious scholars.
Modern Muslims started to raise questions as to the essence of Islam and its application to contemporary lifestyle. Finally, these developments have created the “New Muslim Intellectuals” who challenged the religious authority of ulama. Muhammad Shahrour in Syria, Nasr Hamid Abu Zayd in Egypt can be named among such Muslim intellectuals. The common aim of these scholars is a reinterpretation of the Qur’an as well as the redefinition and reorganization of traditional concepts in the light of their experiences of modern societies.

Imam Ghazali, well known as proof of Islam (Hujjath-ul-Islam), wrote more books on various discussions and dialogues held in 11 the century in the field of Islamic discourses. Probably, he had written on the Quran, how to interpret it and what to be considered for its interpretation. Jawahir-Ul-Quran is one of the major books he wrote on Quranic studies. For Ulama, the book is about the intentions of the Quran (Maqasid-ul-Quran), which is a science of understanding the Quranic discourses in the light of its purposes (Maqasid) which represent the core of the Qur’an and corroborated by their means (Wasail) and distributed upon the understandable ( Muhkam) verses of the Quran. Jawahir is not a Ghazali’s interpretation of the Quran, but an explanation of the prerequisites should be deemed to interpret or understand the Quran. It dealt with more discursive and intellectual things if it is a short work compared to his other works. But his speciality is that every book is interdisciplinary connected. Also, when reading the Jawahir after reading al-munqidh, which is profoundly known as the autobiography of Imam Ghazali, the reader can feel or notice him picking pearls (jowhar) from the Quran while seeking the real truth. He had an exegesis of the Quran, named Yaqooth-Al-Tha’aveel. According to historians, “which discussed more mysterious knowledge and proved the entity of the Quran rather any text until that, but unfortunately, its copies were lost to share coming generations.

According to Imam Ghazali, the Quran has both spheres material and non-material. He argues a world view of the interdisciplinary connected world of both physical and spiritual is essential to understand the holy Quran.

As well as approvals from Allah is necessary to find the mystery of the Quran rather than being a master in the Arabic language. For him, the intention behind the revelation are six: 1- to introduce Allah, 2- to introduce the straight path, 3- to describe the situation in the hereafter, 4- to describe the state of respondents to the call to Allah, 5- to describe of the condition of deniers, 6- to teach the way-stations on the journey to Allah. In this case, his views manifest a broader theological nature rather than the legal one. The Qur’an’s moral narrative must be reconstructed from passages dispersed throughout its pages, unlike the bible which constructed the narrations in a linear order of the text. Imam Ghazali considered it a metaphysical pattern.

Lastly, the Qur’an has essential objectives behind every word and figure, which are proving and proofing the truth of the revelation and prophecy. While changing the theories and ideas in the hermeneutics, the Quran especially earned a way of interpretation that is existing forevermore.