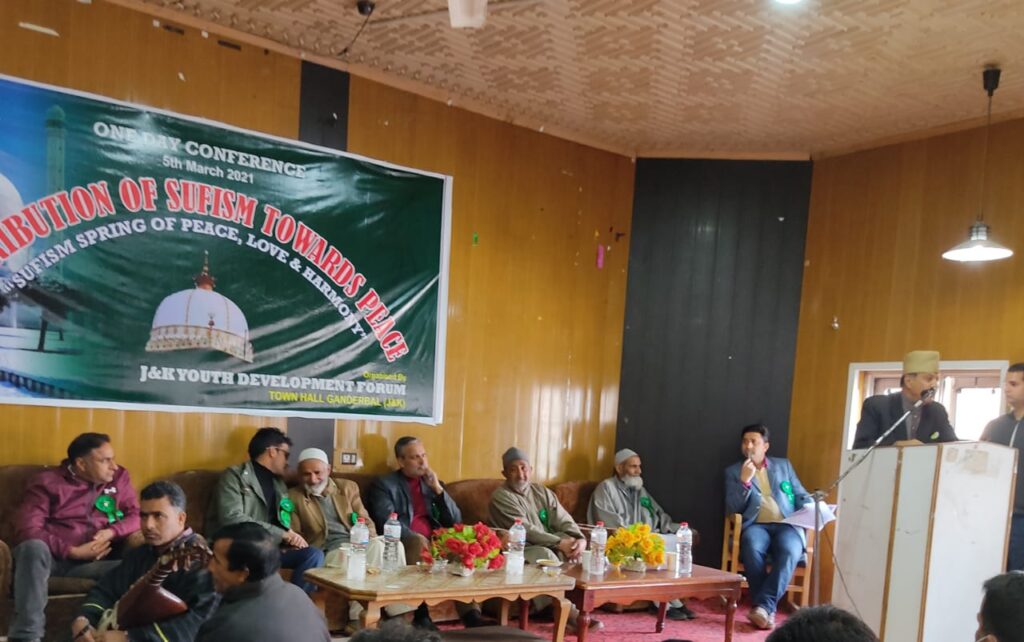 Kick staring its initiative to revive Sufism in Kashmir valley, Jammu and Kashmir Youth Development Forum (JKYDF) held a daylong Sufi conference in Ganderbal district on Friday which was attended by people from all walks of life.

A spokesperson of the JKYDF said that hundreds of people, including writers, journalists, lawyers, doctors, educationists and others expressed their views freely during the Conference.

They said that Sufism advocates the peaceful co-existence of all faiths and needs to be taken to every household in Kashmir.

Mohammad Sultan Shaheen, former bureaucrat and writer while speaking on the occasion said Kashmir is the land of Sufi saints. “People of Kashmir, whether Muslims, Pandits, Sikhs or of any other religion, Kashmiris believe in co-existence. This was the reason that Kashmiri Pandits and Sikhs would visit Muslim shrines and similarly Muslims would throng shrines like Mata Kheer Bhavani,” he said.

“People of Kashmir believed in respecting each other’s religion and sentiments and the reason for that is Sufism. Kashmiris are peace loving people who believe in co-existence,” Shaheen added.

Senior journalists, Rasheed Rahil said that Kashmiris have always set an example of communal amity and brotherhood even during the worst of times and the reasons for that was they believed in Sufism.

“The mainstay of Kashmir’s tolerance and co-existence has been our Sufism. Unless Sufism is restored to its centuries old glory, we cannot have a peaceful, tolerant and progressive society,” he said.

“Sufism is a path of spiritual advancements, an expansion of consciousness, leading to awareness of self and the universe. The substance of Sufism is selfless experiencing and actualization of the truth. The practice of Sufism leads to the development of innate spiritual and intuitive abilities,” Rahil added. 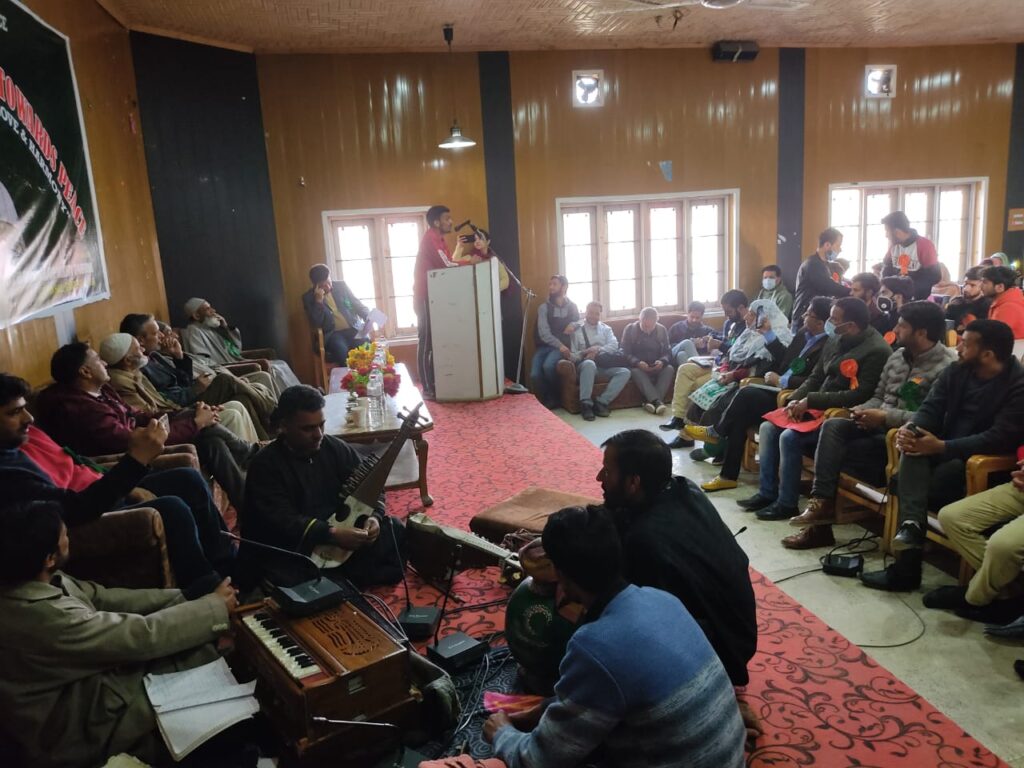 Speaking on the occasion, the JKYDF Chairman, Farooq Ganderbali said that his organization plans to hold such conferences in other parts of Kashmir in the coming months.

“Like today’s conference, we will rope in Sufi preachers during future conferences as out aim is to reach out to as many people as possible, especially the youth in next few months with the message of peace and co-existence,” he said.

“The JKYDF not only plans to reach out to the people at Muslim shrines, but its volunteers will also cover some Hindu and Sikh shrines during the reach out programme. There is a need to establish a common and syncretic Kashmiri society, where Kashmiri Pandits and Kashmiri Muslims can again live in complete love like they did before 1990,”Ganderbali added.

Through Sufi conferences, he said, the JKYDF aims to reach out to the people, especially youth, about the real message of Sufi Islam.