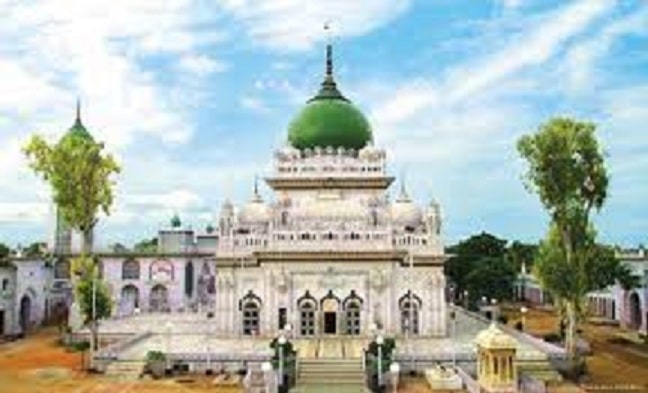 Besides an array of beautiful spiritual traits, Dewa Sharif is India’s only Dargah where Holi is celebrated as “Eid-e-Gulabi” with a similar fervour as in Hindu faith traditions. Before Holi comes, invoking the blessings and significance of such mystics is vital to our collective spiritual consciousness.

Born in the 26th generation of Imam Hussain, Waris Piya was not an ordinary saint, but a successor to the prominent Sufi order—Qadriyya-Razzakiyya, and thus the founder of Warsi Silsila in modern Indian Sufism. With a profound knowledge in classical Islamic sciences, Waris Piya was a widely travelled Murshid (master) of people from across the country, irrespective of faith and creed. For decades, they all come together to celebrate the Sufi Holi as Eid-e-Gulabi at the sanctum of Dewa Sharif. A custodian of this Dargah, Ghani Shah asserts that Waris Piya exhorted his Mureeds (disciples) to venerate every religion as a spiritual foundation based on the mutual feelings of love and devotion.

Ghafur Shah, a Warisi scholar notes in his book “The Blessed Lord Haji Hafiz Syed Waris Ali Shah” that Waris Piya undertook the Hajj pilgrimage several times, and held extensive visits to the West, especially the European countries including Germany, England and Turkey. During his travels to Europe, Waris Piya also met and blessed the Sultan of Turkey and Bismarck of Berlin, and had an audience with Queen Victoria in England.

Remarkably, Waris Piya allowed a mystical ‘gender fluidity’ to flourish among his disciples. He did not deter women from entering his sanctorum. Though it caused him troubles from male-chauvinists, he showed a sincere willingness for women’s equal spiritual participation. Interestingly, it also happened to Baba Farid whose female disciple Bibi Fatima served as senior teacher in his circle. But a male teacher became jealous of her and complained to Baba Farid: “How can you have a woman in our senior circle?” Baba Farid replied: “When the lion(ess) comes out of the jungle you had better run, you won’t have time to tell whether it is a male or female lion!”