Delhi Riots also witnessed scenes of unity, brotherhood and tolerance as Hindus helped save many Muslims, Muslims formed human chains to save temples, Sikhs opened gurdwaras for muslims, Dalits patrolled the streets of Muslims areas. This is the real India, the tolerant once that Buddha, Mahavira, Nizamuddin Awliya, Amir Khusrau and Mahatma Gandhi envisaged. It will not die soon given whatever the communal organizations are trying to do….

The Hindu Muslim riots that started in Delhi on Sunday, 23 February, 2020 particularly in its North East, has taken a toll leaving more than 40 people both Hindus and Muslims as dead with around 300 more injured. The death toll according to informal sources is described around 60, that government is declaring in a phased manner.

The trigger element for this Hindu-Muslim riot has been the controversial law namely Citizenship Amendment Act (CAA). The pro (BJP Hindu supporters) and anti CAA (Muslim) protestors clashed after Kapil Mishra a BJP candidate who lost in the recent 2020 Delhi elections made a provocative speech urging people to not let anti CAA protestors occupy the road as done by Shaheen Bagh protestors that is having a ripple effect all over the country and inspiring others to protest in a similar manner. Kapil Mishra was earlier an Aam Aadmi Party (AAP) leader. He was removed from the party on charges of corruption. He gave an ultimatum to the police to clear the road and if they failed he said he and his men will do it.

This provoked the clashes that spread to the other parts as well. It was a well structured and programed riot meticulously planned. The muslim homes, business and properties were targeted by ruffians and rioting mobs that most victims describe as outsiders. In the mixed localities Hindus hosted the saffron flags, thus only Muslim houses and shops were targeted. The vehicles burnt were identified by religious tags like Allah and burnt down. Masjids, Madrasas and even a shrine was vandalized and arsoned.

In the academic studies about riots conducted by my Late mentor Dr Asghar Ali Engineer, Paul Brass and Ashtosh Varshney the Muslims have always been on the receiving end. In most cases police and judiciary instead being impartial have sided with the rioters. Omar Khalidi in his book “Khakhi and Ethnic Violence in India” has very well exposed the role of police in targeting the minorities in India particularly during communal clashes. So in Delhi riots too it become evident, as police stood as a mere spectator or even helped the Hindu rioters target Muslims.

In the riots the role of politicians is evident and the Gujarat model being implemented all over India is getting manifested. Gujarat model is a divisive model as in 2002 riots horrific, systematic, institutional violence was perpetrated against Muslims and all of these details are documented very well. The role of BJP, RSS, Bajrang Dal was evident in the same, as exposed by Tehelka tapes. It is surmised that Delhi riots had been planned to avenge the defeat of BJP in Delhi elections while AAP and it’s leaders too did nothing on ground to stop the violence. The riots in Delhi speak much about the polarization that India has already gone and the success of anti Muslim hatred and islamophobia is becoming evident with each passing day.

Despite all this mayhem, violence, arson this riot also witnessed scenes of unity, brotherhood and tolerance as Hindus helped save many Muslims, Muslims formed human chains to save temples, Sikhs opened gurdwaras for muslims, Dalits patrolled the streets of Muslims areas. This is the real India, the tolerant once that Buddha, Mahavira, Nizamuddin Awliya, Amir Khusrau and Mahatma Gandhi envisaged. It will not die soon given whatever the communal organizations are trying to do. 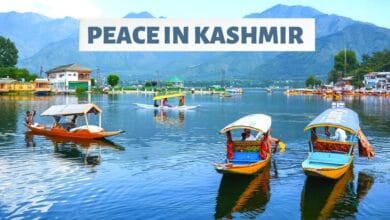 “May Allah end militancy”: Ghulam Nabi Azad in his farewell speech in the Parliament 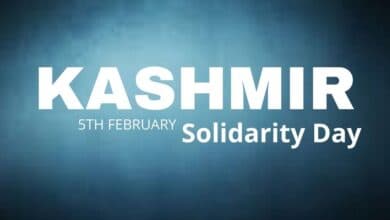 What purpose will the “Kashmir Solidarity Day” serve for people in Pakistan? 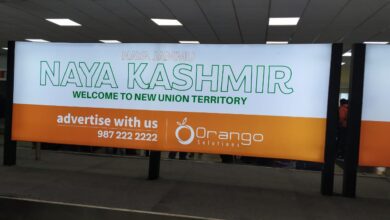 Traditionally, Kashmir valley has been a darling location for the Bollywood 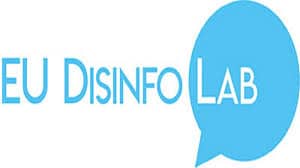 What is behind the EU ‘Disinfo’ Lab report?