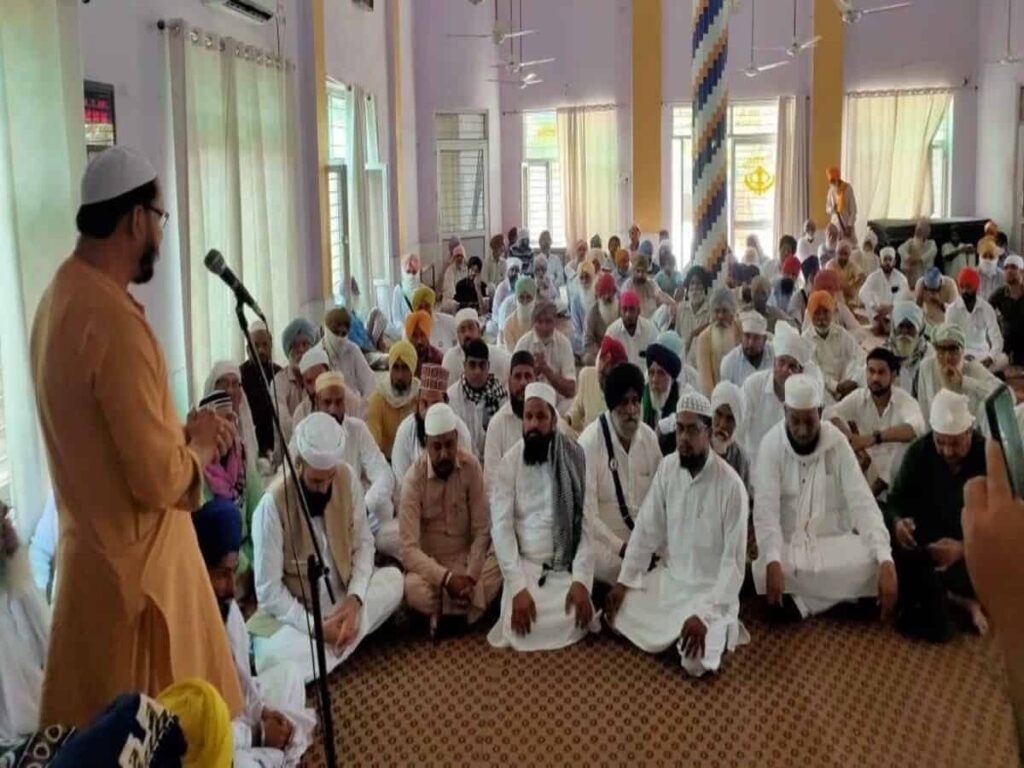 Ludhiana: In a village in Punjab’s Moga district, Hindus and Sikhs came together to build a mosque for four Muslim families living there, setting an example of communal harmony in the country. On Sunday, a stone-laying ceremony for the mosque was place in the presence of individuals from all communities.

There are seven Gurdwaras and two temples in Bhoolar village, but no mosque. “There was a mosque before Partition in 1947, but it fell into disrepair over time. In the village, we have four Muslim families who have chosen to remain,” said village sarpanch Pala Singh.

Since then, not only have they all lived in peace, but the other two communities have lately contributed money ranging from ₹100 to ₹1 lakh toward the construction of a mosque for the four Muslim families. According to the sarpanch, members of the Waqf board of trustees also contributed.

Singh continued, “We are overjoyed that a mosque will be our tenth place of worship.”

The foundation-laying event was elaborately organised. All of the preparations, however, were thwarted by severe rain. The event was then moved to the nearby Sri Satsang Sahib Gurdwara. “Guru’s ghar is always open for all communities,” Singh remarked. Then everyone came together and worked out the details in a matter of hours. The programme was held, and all townspeople, regardless of religion, took part.

J&K: Peace prevails and terror incidents have fallen sharply in the UT since February