The Golden Age of the Pyres

Long associated with a connotation of a dangerous, contemptible, diabolical and evil woman, the figure of the ‘witch’ has been experiencing a marked and renewed interest in recent years: in the media (1) in scientific articles on eco-feminism, including books on the subject that produce real best-sellers: the Harry Potter saga,  the writings of Starhawk or those of Susan Fletcher (Plon, 2010). But what does this renewal mean and how to interpret it in a perspective of transition that invites us to rethink the symbols, our common stories, and the link to our own individual and collective spirituality? 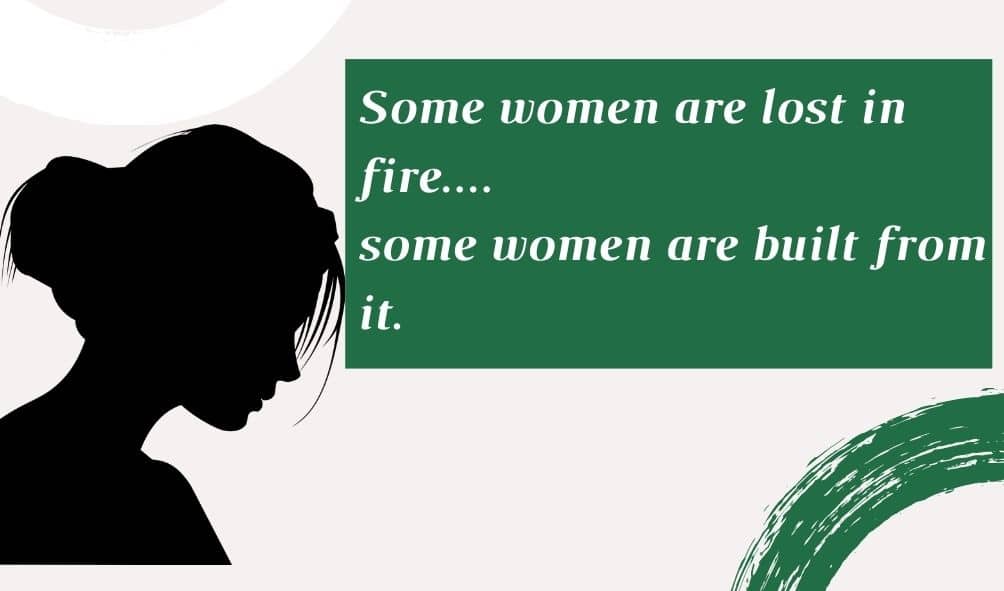 In the 15th century, the devil was omnipresent in the imaginations, and the idea of groups of people who would derive their special ‘gifts’ or powers from Satan came to be imposed on a whole population for long.  Described as ‘wizards’ or ‘witches’, men, often wanderers, and mainly women, are accused of practicing pacts with the devil and of engaging in sacrificial rituals, curses, sexual practices against morality.

To help justify this genocide, a treatise, written by two German Dominicans, based on theological arguments, was published in 1486 (or 1487 according to Odile Chabrillac).  This was widely used and adopted by Catholics and Protestants.

Half a million women perished during this long hunt which lasted all the 16th and 17th centuries with the kings of France in particular, in the so-called modern era.  For Françoise d’Eaubonne, a “sexocide”, the title of her 1999 book, or even, according to historians, a “gynocide” was organized.  Women were burned, drowned, alone or with their children.  Mona Chollet (2) in her essay (Witches: the unbeaten power of women, La Découverte, 2018) recalls in her book the horrors, abuses  and the humiliations these women had to endure, even in their deaths, from their jailers.

It is according to the historian Jules Michelet in the 19th century that we owe – finally after centuries of absolute silence – a position taken in a book which is scandalous to the ecclesiastical authorities.

It was necessary to go through a progressive regulation which gradually shifts from misdeeds and links to the devil, spells and potions.  It is from the authority that the initial accusations came, and it is from the authority that will then come the primers of protection of the accused, with a late and fierce end in Switzerland (more than 2000 pyres, even up to  4000 according to the Dominican Franck Guyen in his work entitled When religions do bad (Cerf, 2018): the last witch executed being “la Catillon” in Friborg, a place of which now bears her name (3).

The director of the “Mémoires here” Foundation in the Bernese Jura has digitized a collection of indictments dating from the time of the Lights.  She wonders about the way in which a so-called Enlightenment century could justify the use of torture (4) for which, like the knowledge of plants, arouses great interest today, even if not everyone appreciates witchcraft museums, especially in Aargau (5).

A disturbing story of targeted killings

In her work entitled Soul of a witch (Solar, Pocket, 2019), Odile Chabrillac, naturopath, psychotherapist and journalist, warns: “when we talk about witches, it is important to be wary of the image of Épinal that this word can convey.  We know too little to be conclusive on the subject.  Nevertheless, it is clear that a power in place would not have sought to eradicate conformist people, who did not present the germ of a possible danger.  The men sought to bend those who disturbed as women, no doubt about it, but most likely especially as free women.  ”(P. 58).

In the Middle Ages, it was a crime to challenge the established order of a woman.  In The Oxford Handbook of Witchcraft in Early Modern Europe and Colonial America, (Brian P. Levack, 2013), the professor of European history, Alison Rowlands, specifies that the accusations against the women were well on those which “called into question the patriarchal vision of the ideal woman”.

Following the papal bull of Pope John XXII in 1326, warning against witchcraft, the murders of women, already started in the 10th century, amplified until the 18th century.  Women of all social conditions, of all ages, even if a decree (mandement) in 1595 from Philip II for the Spanish Netherlands more specifically targets old women as suspected of witchcraft.  And, as Odile Chabrillac notes: “a good number of these so-called witches are isolated women, having neither son, nor husband, nor brother, and whose goods destined to fall into escheat escape the normal rules of succession, which are  therefore likely to stimulate certain appetites.  Let us also note that two thirds of their accusers were men, each going there from his fantasy, his anxiety, his projection… ”(p. 31).

What the work of ethnologists and essayists shows is that most of the victims are mostly common women, married or not, but often healers, therapists, midwives, who had medical knowledge of plants and  nature.  A nature that one seeks precisely to privatize (movement of enclosures), also putting an end to access, for populations including wanderers known as wizards, to many formerly “common” spaces, which constituted as much a form of “guard” -eat” one might say, that of living pharmacy.

In a century dominated by men and where the role of women is confined to family life and serfdom, we can imagine that this autonomy in matters of food, care, access to “co-birth” also in the control of births and the regulation of the birth rate, can disturb the relations of domination.

For the ethnologist Magali Jenny (6), the return of the term  even “witch” is linked to feminist movements, which began in the 1960s in the USA and later in France and Europe.  In the United States, the neo-pagan Wicca movement is emulating.  Even academics are now taking an interest in it, notably through eco-feminism, a term coined in 1974 by Françoise d’Eaubonne.  In Geneva, on June 14, 2019, French-speaking people claim the figures of witches and took part in the women’s strike (7) become-icons-feminists-beloved.html).

However, feminism cannot be reduced to ecology.  As a recent article in Le Point published in 2020 on the subject shows, some find it too “mystical” but also too “essentialist” the exaltation of woman, of her body, of these cycles similar to nature.  A journalist writes: “How can we not find these silly ladies dancing around a tree and worshiping a supposed goddess?  Where is their theoretical basis?  A harsh judgment undoubtedly in the eyes of the philosopher Catherine Larrère, according to which (in an afterword to Reclaim) eco-feminism allows a rediscovery and a reappropriation of the body.  This includes the right to express your emotions, your empathy, beyond mere rationality.

I would add that it also allows you to put on makeup, to be intentionally silly, to hug trees (or not).  In short, “the right” to claim and practice one’s spirituality (or deny it) in complete freedom!

Would such a claim be trivial?  Not while we still feel at this point the social dictatorship weighing on women: it is up to them to always be strong and to accumulate hats at the risk of being reproached if one of the fields is not filled.  according to criteria still vague and especially posed by men.

How many times have I myself, yet in the circle of the privileged, heard it said by “educated” people, having a doctorate most of the time, supposed (in the masculine voluntarily because rarely women) to be “for equality?  »And yet reproach me for not« being able to do everything »?  And to invent that I “can’t necessarily” do it.  What is the fear of some people in the face of an energy that they obviously do not understand?  It is because of this misunderstanding that millions of women have been burnt.  And that we are prepared to allow others to slander.  In these conditions of gender inequalities still too marked for my generation, I understand that claiming to be a “witch” has an interesting political significance sociologically.

Basically, multiple tasks are still too much performed by women according to recent studies: dependent women of single-parent families are the most precarious, and combine different jobs to try to make ends meet.

This is also what unfortunately worsened the confinement.  A scandal in Malaysia was sparked by a council from the ministry dedicated to families, explaining that women, even confined to the house, had to continue to appear flirtatious and made up without “bothering their husbands” (https: //www.voaafrique.  com / a / protests-against-advice-to-women-during-lockdown-in-malaysia / 5366502.html).

While women’s ‘right to express themselves’ grows, the game is not yet won!

Tributes to massacred women: what spirituality?  The witch hunt will have lasted for centuries… and still lasts for millions of women around the world for whom the word freedom remains a hollow and painful concept.  Except they are no longer accused of being witches.  Being a woman is enough to justify the unjustifiable.  “Give us back our daughters” is unfortunately not possible on a global scale.  Whoever cries out for war and armed struggle is usually not the one who goes to the front where the first victims are women and children, just like 80% of the refugees.  Civil war means rape and torture for women with the assurance that their children will die.

If Malraux spoke of a century of spirituality (https://blogs.letemps.ch/sophie-swaton/), let’s hope that women finally have a proper place there and that we let them express another form of knowledge.  However, a woman does not give birth to one or more children to see them be sacrificed.

In the end, if, following a certain eco-feminist interpretation, we link the massacre of women to ecological carnage, then we can say – in a collected but eloquent formula – that we have reproduced on women the relationship of domination of men over Earth.

And, height of injustice, for the women of the first peoples who underwent colonization or exploitation by the white man (many irresponsible multinationals are still guilty today), it had the double punishment of seeing also  reproduce an internal inequality;  an inequality that was not, however, primary in their clans between men and women.

For domination is not nature’s primary spirituality.  This is not what the plants teach, which witches were so close to in the Middle Ages.  That there is competition, it is obvious;  but there is also cooperation and symbiosis.  No animal species has slaughtered its females as much as our so-called evolved species.

Man-nature dualism is above all a dualism to be overcome by eco-feminism, but not only.  Science as we teach it is not without its flaws.  We must show respect for cultures and knowledge which are not ours, which do not deserve our disdain and even less their destruction on a background of arrogant ignorance.

Welcoming old and new knowledge, going beyond dualism, making the future of our world less distressing, making people talk to each other and invent technical and societal solutions together with a renewed imagination of cooperation, no doubt this is the case.  one of the tasks of witches today and tomorrow.  A program that, for truly modern men and women, shouldn’t be so rocket science.